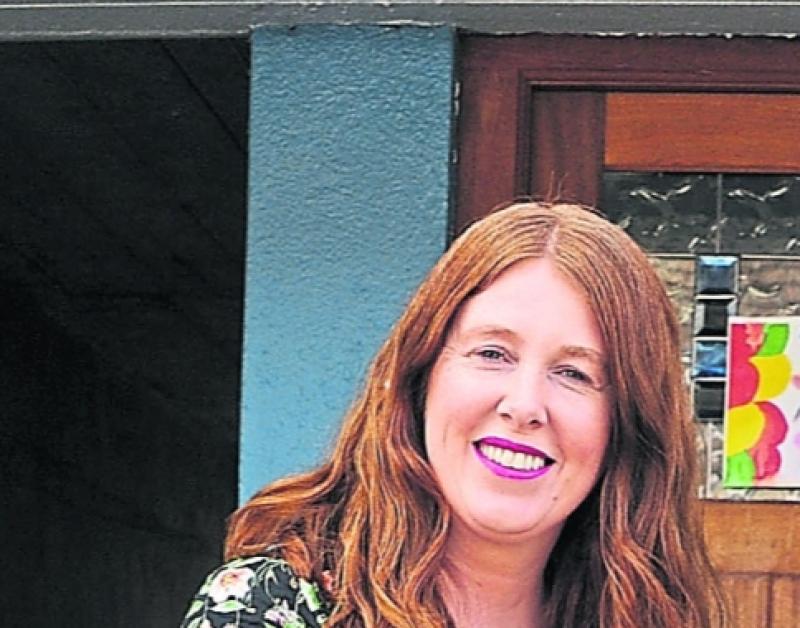 Supermum Orla Crilly has fostered 10 children over the last decade saying she knew that was what she wanted to do since she was a teenager.

The busy mum lives in her Dundalk home currently with her 12-year-old birth son Logan and her three foster children.

The door of her welcoming home is also always open to the children she has fostered over the years - some who have gone on to have their own children – having a strong bond with every child that joined her family.

She also works tirelessly to promote fostering in the community and still find time to share her enthusiasm and love for life DJing at social distanced street parties and putting on quizzes for her neighbours during the last year of pandemic lockdowns.

Along with fitting in volunteering with Dundalk FM, having her own radio show and even taking up a new hobby of sea swimming.

Orla said fostering is the most challenging and most fulfilling thing she has ever done and has changed her life.

Orla , speaking to the Democrat, told how she knew she wanted to foster children from when she was a teenager as she was inspired by her parents who had fostered kids throughout her childhood.

She also said her nurturing nature was there from early on as she raised her younger sister after their parents passed away young.

“It was unusual back then and my parents were among just a handful of people in Louth who were fostering at the time.

“Throughout my childhood there were always foster kids coming through our home and they are still very much part of our family today.

“I knew from a young age I wanted to be a foster parent; I was 15 years of age when I knew that is what I wanted to do.

“I was inspired by my parents and the difference they made to children’s lives.”
Orla said she always finds time to stay in touch and help her other foster kids who have moved on over the years.

“Over the years as a foster parent you have kids of different ages, from different cultures, ethnicities backgrounds, abilities, and disabilities but all my children have bonded and have continued relationships, like an extended family”, she said.

“The minute a child comes into our house they become part of our family.

“I have a tree in the house with a sign that says, ‘every family has a story, welcome to ours’ and every child that has come to stay with me has a plaque with their name hanging on the tree, a memento of being part of our family always.”

Beyond her parenting duties, made tougher for everyone with the current Covid restrictions and home-schooling, Orla, with her never-ending lust for life, still finds time to volunteer with Dundalk FM and contributes to the ‘Build up’ show with David Bellew, which follows League of Ireland football and all things Lilywhite.

She is also currently working on a radio documentary about the history of Dundalk FC.

“It's all about bringing the female supporters together, promoting League of Ireland football to more families and supporting women in soccer”, she said.

Orla also has her own show on the local radio station called ‘The Sunshine Hour’ which promotes good mental health through the mediums of comedy, poetry and music.

“I am a big believer in spreading positivity and had a mural painted in my front garden to inspire people in the community”, she said.

Last year Orla also brought together a group of local female musicians with the help of Sinead McNally under the banner Female Artists North East (FANE) who released a song called Stronger Now in aid of Barnardos.

"My aim was to bring together the amazing female talent we have in the north east and help promote these artists after I heard the statistic that only 3% of national radio play is female and Irish."

Orla also DJs and in the last year has put on free gigs and street quizzes for the community and is currently planning some street bingo to lift her neighbours’ spirits as we face an extension of Level 5 restrictions.

She also recently spread the love with herself and her kids delivering Valentine’s Day gifts to the 50 neighbours on their street and recently Easter eggs to people in their community.

During the lockdown she took up sea swimming braving the elements for a dip within her 5km radius and recently adopted a greyhound which joined her ever growing and changing vibrant family.