FEATURE | Any Given Sunday

The curtain may have closed on another NFL season, but players on this side of the pond are just getting started. Ronan Mullen chats to Mavericks chairman, Aidan Maguire, about Louth's growing grá for America's game. 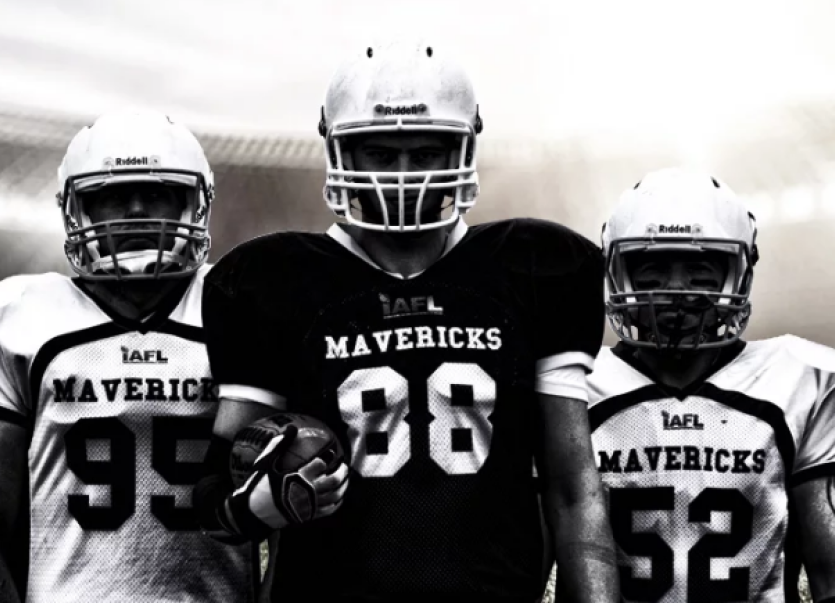 As the gaze of the globe fixed in on Houston earlier this month, it's famed Space City lights seemed brighter than ever.

Super Bowl pageantry is nonpareil, after all, the star-power of those on the field bested only by the bigwigs in the bleachers.

Even people cast in supporting roles are billed as anything but, the halftime act often better publicised than the players themselves.

This year’s match-up seemed unlikely to buck that particular trend, Lady GaGa’s fustian battle with a high-hanging harness more competitive than the action which had gone before.

Indeed, such was the Atlanta Falcons’ supremacy across the first three quarters that most in the GMT time zone likely plumped prematurely for the pillow.

The final stages of the game seemed certain to be a procession by all accounts, Dan Quinn’s high-flying birds ostensibly out of sight heading into the final stanza.

Outlandish as they may have initially seemed, New England did at least have other ideas.

And while not even Lemony Snicket could quite have foreseen the series of unfortunate of events which would unfold thereafter, for fans in Falcon red, little was left to the imagination.

It was a momentum swing worthy of the Richter scale, the Patriots’ 25-point comeback making the ‘Miracle on Ice’ seem like light work. And yet, such has been their dynastic dominance of late that it should have come as little surprise.

Five world championships from the turn of the century speak for that, an unprecedented streak in a sport prone to parity.
Quarterback Tom Brady is totemic of that success, the Michigan man having served under centre for each of those Super Bowl wins.

Another Roy of the Rovers rampage last weekend has already secured his status as the game’s greatest ever player, the 39-year-old betting with house money from here on out.

Seemingly unfathomable, then, is the notion that so few were inclined to roll the dice on him when he first entered the league. 199 other college players were selected ahead of Brady in the 2000 NFL Draft.

Few disciplines can produce that kind of ‘phoenix from the flame’ fable quite like American football, a reality as accurate off the field as on it.

After all, the NFL has long since been as much a means of climbing social ladders as sporting ones, the diversity within the league speaking for its inclusive nature.

That the game itself necessitates such an assorted spread of athletes is key in that regard, your average squad photo often akin to a house of mirrors.

It’s an open-door policy which has given way to a growing universality, American football’s participation rate now among the fastest-growing in the world.

That our own Louth Mavericks are about to enter their fifth season is testament to that, the club having grown from strength to strength since its inception in November 2012.

“You’d be hard-pressed to find a team in the county more inclusive than us,” says Chairman Aidan Maguire.
“This sport lends itself to people of all walks of life. On our own panel alone we have an age range of 18 to 47, fellas from all backgrounds banding together.”

“I always use myself as an example of that. I had been a fan of the game since the days of watching NFL on Channel 4 in the 90s, and the arrival of the Mavericks just offered me a chance to play a team game in a way that more traditional sports in Ireland don’t.

“Within the American football community it doesn’t matter what age you are, or what your body type is; if you’re willing to put the work in and have a determination to succeed, we will have a place for you.”

It’s this ethic which has seen the game grow not just across the country but within the county, a reality reflected in the fact that the Dundalk Mavericks rebranded as Louth Mavericks last year.

“Although we’re based in the town, our catchment quickly began to extend well beyond Dundalk. We would probably be the biggest club anywhere in the north-east so we take in a lot of the neighbouring counties as well, lads from the likes of Meath, Monaghan and Dublin coming over to get involved.

“Thankfully we have a brilliant staff and four brilliant coaches so we’re able to take everything in our stride.”

Such has been the burgeoning interest in the local area that the Mavericks have set aside the summer months as means of blooding new talent, with a series of rookie camps carried out through August and September.

“We’ve found those camps to be extremely beneficial because they allow us to not only introduce the sport to new players, but also give us enough of a window to make sure that, by the time the regular season rolls around in March, everyone’s up to speed with regards to rules, stances and techniques."

“There are 22 teams within the IAFL (Irish American Football League) system now, with a three-tier system in place to ensure that players are operating at a suitable level.”

With just over five weeks remaining until the 2017 campaign gets under way, attention has now turned to an opening-day clash with the South Kildare Soldiers.

“That game will be the first road trip we’ll have this year, with the Westmeath Minotaurs and the newly-promoted Wexford Eagles rounding out our own division. In total we’ll have four away matches and four at home and that will take us right through to July. Dundalk Rugby Club will be our playing base for this season, and we hope local people will head down and get behind the lads.”

Come what may, one suspects Dundalk’s gridiron revolution is only beginning. This has always been a football-first town, after all.

And while Oriel Park may have Friday Night Lights on lockdown for some time yet, the latest legion of Louth’s black and white army has Sunday in its sights.