DUNDALK HISTORY: Do you remember 'The Turn of the Century'? 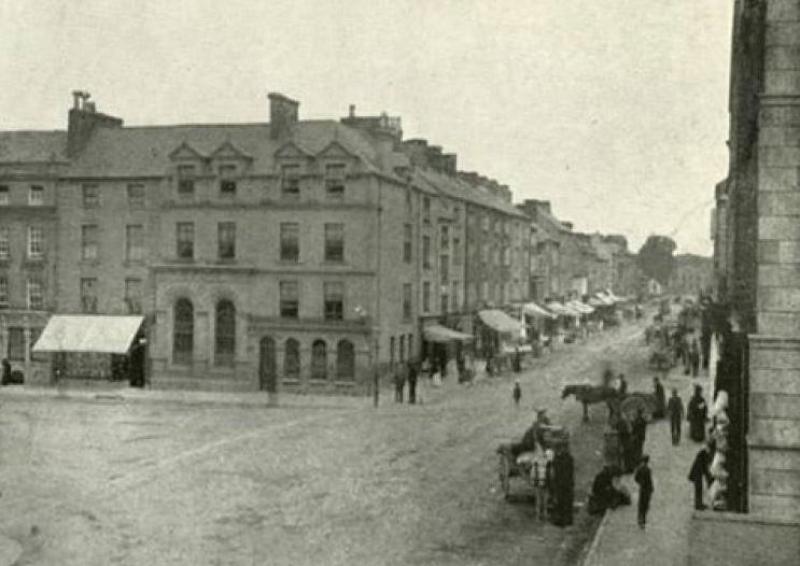 DUNDALK HISTORY: Do you remember 'The Turn of the Century'?

People of today when referring to 'The Turn of the Century' are nearly always speaking about the changes that have taken place in Ireland since the year 2000, which is fair enough, but to those of my generation; and, I suspect, to many of the readers of these notes, the phrase meant an entirely different period.
You see, when I was growing up in Dundalk after the World War 11 Emergency, older people used to refer to the period after 1900 as 'The Turn of the Century'.
They saw it as a time when life in Ireland 'changed utterly', which was, of course, very true for them but began to mean less and less as the twentieth century wore on and was almost forgotten about by the time it had ended.
It it easy to understand, therefore, why the young, and even the middled aged, of the present day, do not think about the passing of time in the same way as their ancestors!
So, where did the idea of things changing with time moving from century into another come from? I must admit that I really do not know the correct answer to that question but I had always thought (perhaps incorrectly) that it came from soldiers returning from fighting during the First World War (or the 'Great War' as they knew it because they did not know then that World War 11 was not that far away).
The soldiers of World War One must have got a lot of their ideas from the French who, at that time, were fond of looking back to the 'Fin de Siécle' (The end of the nineteenth century) and the beginning of they called 'La Belle Époque' , 'The Good Times' before the Great War began.
When were the 'Goods Times' for the people of this island? Again I find it very hard to give a good answer but, personally, I believe that, for those of us who are still alive, it was maybe during the period after the signing of the 'Good Friday Agreement' to end the 'Troubles' in Northern Ireland and, perhaps for some, the 'Celtic Tiger' era which saw the return of many of our exiles who had been working abroad.
Of course, that period was not great for everybody in Ireland but, at least for many Dundalk folk, it was a great improvement on the thirty or so years that had gone before!
All that has changed again, however, with the 'Coming of the Covid' pandemic in the present year and one cannot help the feeling that 'everything has changed utterly' and that Ireland will never be the same again when it has passed!
The thoughts about how much things have changed since the beginning of the present century came to me during the past week when watching a programme on television about late Joe Dolan of 'The 'Drifters' fame. I had not realised just how popular he was with audiences in Ireland and, indeed, in many other parts of the world.
When I mentioned this to a friend of mine since then, they said that, back in the seventies, they recalled that when he sung at a dance in the Pavilion, Blackrock, the hall was packed to bursting point and that his audience had reached a frenzy of excitement. Another friend recalled that, after attendances at ballroom dancing had declined, Joe had continued to perform at functions in much smaller venues in the area and was as popular as ever into the present century.
The same person remarked Joe had been in the habit of handing the tie which he had worn during his performance to a member of the audience. His wife had been the lucky recipient of such a garment and had kept it as a treasured memory of Joe!
I wonder do many of my readers have similar fond memories of Joe Dolan and 'The Drifters'?
Apart from dancing, which I understand cannot be now be performed in public because of the 'social distancing' rules, what else has changed since the present 'Turn of the Century'?
Far too much, I am afraid, to even begin listing here. For start I can think of the change in currency in Ireland, the increase in homelessness, electric cars, the end of smoking in public, the number and variety of mobile communication devices and many, many other things. Above all, however, it has been the impact of what is called 'social media' on society in Ireland and the good and ill that it has caused to us all in that period.
I wonder would any of my readers like to make out a list of what they believe has been the greatest changes since the beginning of the twenty first century? And what would they like to see change again before 2050?
Remember, however, try to be impartial and fair and to be charitable to towards towards politicians and others in positions of power and influence. If that is at all possible?