Rita lived a selfless life, caring for others 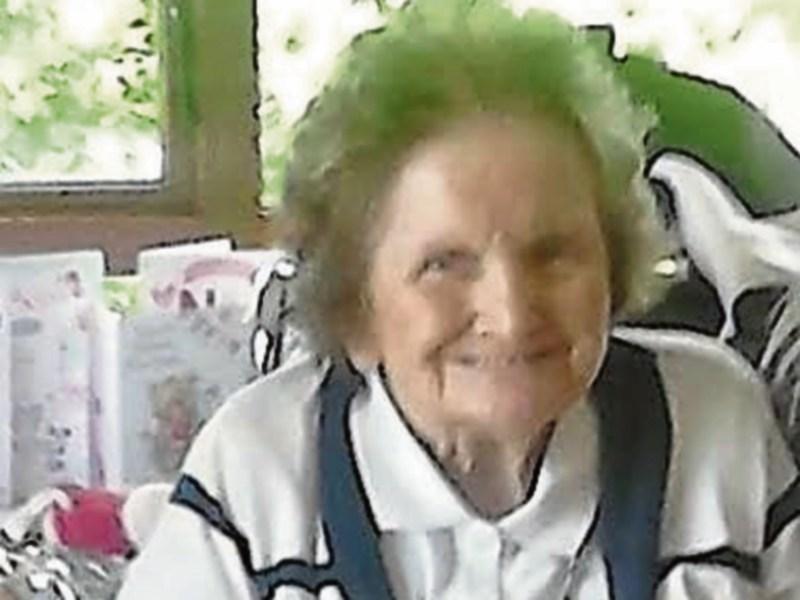 Rita Flanagan who died on November 26 was a lady very involved in the community in which she was born and lived and loved being around her family.

She was one of 11 children of Annie and William from 14 Ladywell Terrace Dundalk, and led a selfless life in so many ways and cared for everybody.

For a change someone for the first time looked after Rita, and she received wonderful care. She passed away peacefully surrounded by family.

Rita was a very active lady who held down various jobs while raising her family. She worked at the Dundalk Technical College, also in the former Adelphi Restaurant and in other employment.

She will be remembered by most people for organising the sports day at Ladywell Terrace, and her involvement with Ladywell Shrine where she was known for filling the bottles with holy water. She was also a member of the Friary Church choir and of the many ways she will be remembered it will be mostly for her singing and smiling.

She enjoyed her spins to Blackrock, where she would frequently go with all her grandchildren. She also liked in her leisure time making trips to the Mosney holiday camp. She holidayed in the sun quite often, travelling many times to the Gran Canarias, Fuerteventura and Ibiza, and also travelled frequently to England to visit her daughter and sister.

She listened fondly to local radio and would often put in requests for those near and dear to her.

She was a fine cook, noted for her stews on a Saturday and roasts on a Sunday. She was also a gifted gardener who cultivated and kept a fantastic vegetable garden and beautifully maintained flower beds. She also was an award winning handwriter.

She reposed at daughter Patricia’s home at 246 Greenacres and was removed on the Monday to Saint Patrick’s Cathedral where a beautiful Mass was celebrated with all her family present, including members from London and her grandson from New York in a fine attendance.

The Readings were given by all Rita’s grandchildren and the Offertory Gifts were brought to the altar by Rita’s great grandchildren.

Rita was well loved and her life was celebrated at the Lisdoo after the burial.