Paul Hayes: 'Bring culture to Dundalk and give people something to take away with them' 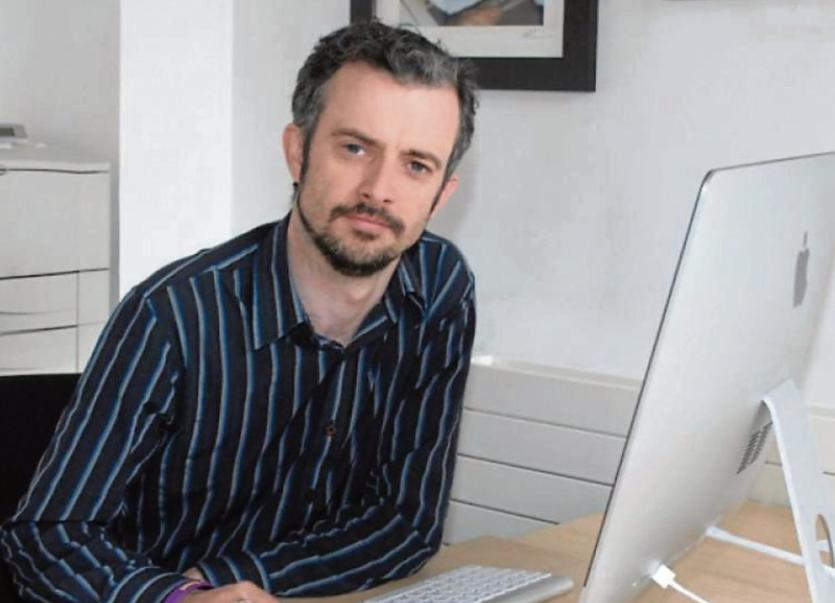 A strong outpouring of local talent will take to the stage, and indeed screen, in the 2017 spring programme at An Tain Art’s Centre in Dundalk.

The programme kicked off on the 10th of January with pantomime Cinderella and will run into late April, with dramatic performances on stage and also showcasing some of the finest international talent at regular movie screenings.

In an effort to “bring culture to Dundalk and giving people something to take away with them”, managing director Paul Hayes has brought a programme that celebrates a number of different art forms from professional touring and local work.

An Tain Arts Centre sits as the foremost venue in Dundalk for encouraging the arts in a variety of forms within the community, and offering younger companies a place to develop and expand their work is something Mr Hayes has been working on since taking up the position in 2014.

“What we are trying to do is offer younger companies a space to rehearse and with backup that they wouldn’t have.”

This season’s schedule merges the comedy stylings of a Dundalk native, renowned literary adaptations and a selection of movie showings produced at home and abroad. Here we have a look at some of the upcoming performances and stand out features of this year’s spring programme.

Two of this season’s biggest performances come from current company-in-residence, Quintessence Theatre. The group have previously performed interpretations of 'The Picture of Dorian Gray' and 'Grimm Tales for Old and Young', and will continue their residency with a return of their very own drama 'Cracks'. The drama speaks to the realities of living with mental health and, having been “amazed by the reaction” first time round, Mr Hayes has brought the show back for a further five shows between the 17th and 20th of January.

The shows director, as well as a local counsellor, will be on stage following performances in an engaging Q&A style discussion.

A brand new take on Bram Stoker’s 'Dracula' will arrive on stage from the same team on the 26th of April for a four night run. There will be two matinee performances on the 27/28th. Quintessence Theatre will remain in residence at An Tain Arts Centre throughout the year and are expected to bring a further three productions to the centre.

Dundalk Theatre Workshop will also be bringing their own adaptation of a classic to the stage in Oscar Wilde’s 'The importance of Being Earnest'. The local production company returns to An Tain having received the Abbey Theatre Award at the All Ireland Drama Festival last year. Promotional material depicting US president-elect Donald Trump suggests a very unique adaptation is in store for audiences when it hits the stage for its four night run on March 8th.

From the Lyric Theatre in Belfast comes 'Educating Rita', based on the movie of the same name, for two nights on the 3rd and 4th of March. Mr Hayes describes the play as “one of the best plays of the last fifty years” and a “huge investment” for the arts centre. Touring across Ireland this year in venues including Dublin’s Gaiety theatre, the production is expected to deliver the same success it received in its Belfast run last year when it reaches Dundalk.

A stand out feature of the listing brings writer and Irish Times columnist Michael Harding to Dundalk to speak about his new memoir Talking to Strangers, discussing a career acting on stage and divulging the many stories that brought the book together. Expected to be a fascinating evening for all involved, according to Mr Hayes, the event will take place on February 17th at 8pm in the Main Theatre.

Irish internet sensations Sinead Culbert and Sue Collins of Dirtbird Productions bring their characters to the stage for a night of comedy and laughs on the 24th of March. Sinead - originally from Dundalk - alongside Sue Collins, racked up thousands of views online for their comedy sketches, performing a satirical take on Dundalk and the local community, as well as characters coming from North and South Dublin. The duo’s sarcastic videos include Tips from Da Town and New Year Beauty Tips from Da Town, which no doubt will make for a very intimate and of course interesting live performance.

Basement Gallery exhibitions are a staple in An Tain’s programming and Mr Hayes said “part of the programme is to allow not just professional artists into the gallery but people from the community”.

This spring sees two artists exhibit their colourful masterpieces in the basement exhibition hall of the arts centre. Dara Vallely’s illustrations, used in Gael Linn published Laoch na Laochra in 2015, will go on display to the public. The pieces inspired by the life of Chu Chulainn depict events from the Cattle Raid of Cooley to An Tain Bo Cualigne. The exhibition remains open until the 18th of February.

Patrick Coynyngham will showcase his paintings from March 1st to April 8th. The artist previously exhibited his work in the Basement Gallery as part of a collaborative effort titled Visions of Louth with a number of other local artists early last summer. This event titled Bringing in the Catch will showcase Coynyngham’s work alone. Admission to both Laoch na Laochra and Bringing in the Catch is free of charge.

The Dundalk Photographic Society will take up their annual two week residence in the Gallery from April 20th. The society, which has been recognised on both a local and national level for their work, will demonstrate their skill before an internationally acclaimed photographer decides on an overall winner.

A number of movies will be shown across several genres throughout the coming months.

'Viva', directed by Dublin’s Paddy Breathnach and nominated for Best Director by the Irish Film and Television Awards, will be shown as part of the film club series on March 28th. Closer to home, romantic comedy 'A Date for Mad Mary', which was filmed in Louth and described by the Irish Times as “the wedding zinger you’ve been waiting for”, will be shown on the 28th of February.

From Hollywood’s Golden Era, 'A Matter of Life and Death' and 'Casablanca' will both be shown throughout the series. 'Café Society', the latest Woody Allen feature, released in 2016, will finish off this run of showings on April 25th.

An Tain Arts Centre run workshops throughout the year for members of the public interested in getting involved. The latest instalment to a growing back catalogue of drama workshops is geared toward children between the ages of seven and twelve. Facilitated by Grainne Rafferty, the workshops are split over two terms; the 13 of January to the 17th of February, and the 3rd of March to the 28th of April.

For younger children, a Teddy Bear’s Picnic themed workshop is set to take place on February 12th, where children can take part in songs and musical activities. Later in the programme, a family double-bill event is planned for all the family to get involved in activities, followed by a screening of animated movie 'Chicken Run' in line with the Easter-themed events.

Beginner Ukulele lessons are this seasons workshop for adults. Beginner and Intermediate lessons will take place every Monday from the 16th of January to the 20th of February at 7pm and 8pm.
Additional information on performances, times and prices can be found at www.antain.ie.