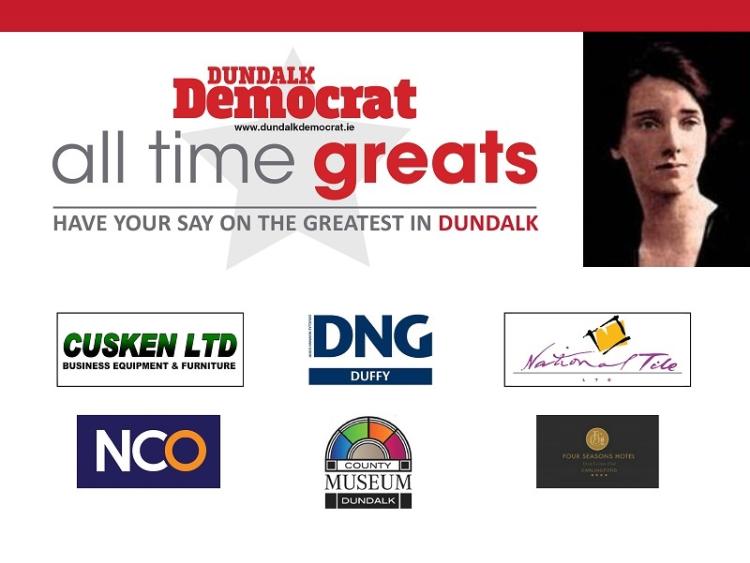 Dorothy Macardle was an an Irish writer, novelist, playwright, and non-academic historian.

Born in Dundalk in 1889, her wealthy brewing family was famous for their Macardle's Ale.

Dorothy was a member of the Gaelic League and joined Cumann na mBan in 1917.

As an author she recounted her Civil War experiences in the 1924 publication, “Earthbound: Nine Stories of Ireland”. Her most renowned publication, “The Irish Republic”, was first published in 1938 and is acknowledged as one of the more frequently cited narrative accounts of the Irish War of Independence and its aftermath, particularly for its explanation of the anti-treaty viewpoint.