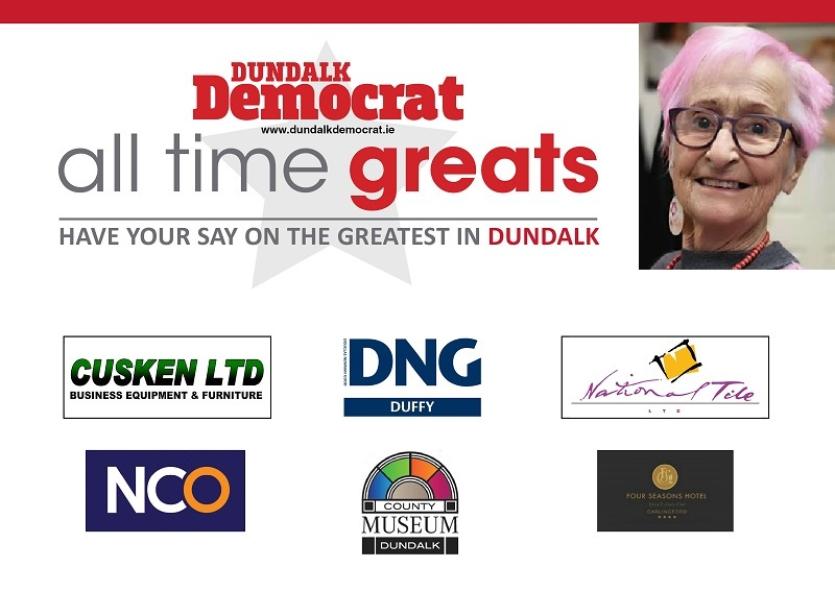 Brid McBride (nee Kelly) of Lurgankeel, Kilcurry who died on December 10, 2018, was a leading figure in the world of theatre and a former President of the Dundalk Maytime Festival.

She was best known perhaps for her work for the Dundalk Amateur Drama International that formed the centerpiece of the festival.

A journalist, arts critic, broadcaster and writer, Brid was universally admired within international theatre circles and last year was presented with the Mort Clark International Theatre Achievement Award that recognizes significant achievement in the promotion of excellence in international community theatre.