The final eight have been chosen, the top three will be crowned next Wednesday (Dec 13) 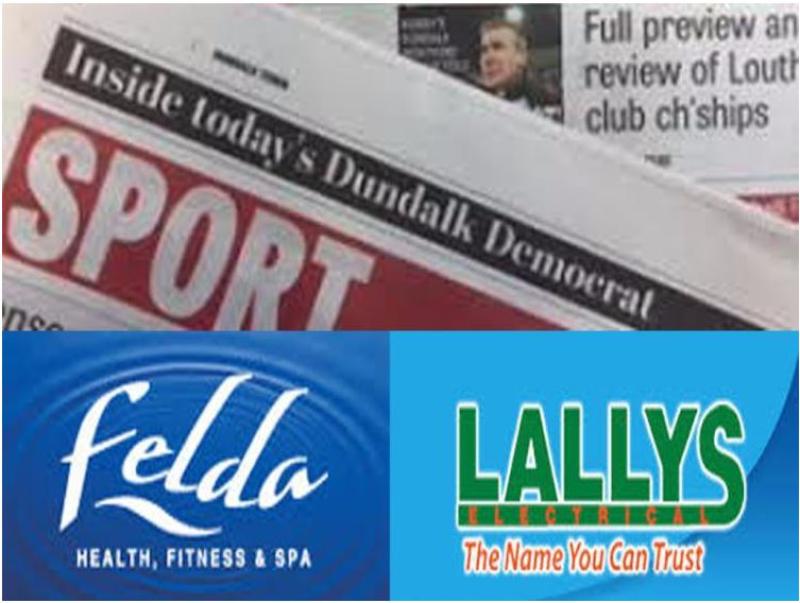 So here we are, the final of The Dundalk Democrat Sports Person of the Year competition.

The eight finalists were confirmed this morning and now it's time for decisions to be made.

Each of the finalists are listed above with voting to continue until next Wednesday at noon where the winner will be announced.

Remember, the top prize is a six-month membership for Felda Health, Fitness and Spa, with a €50 voucher for Lally's Electrical being among the runners-up prizes. The top three will each receive a prize.

Best of luck to all in the final...

Ruth Copas (Tennis) - A national champion, Copas was named in Ireland's Fed Cup team during a year in which she continued to pursue her tennis scholarship in the United States. A trail-blazer in Irish women's tennis, especially one so young, Copas is thoroughly deserving of a nomination at the very least.

Gary O'Hanlon (Marathon Runner) - O'Hanlon is the Irish champion. How much more can you add to that. His 2:18.52 finish at the recent Dublin marathon was ultimately enough to see the Kilkerley man crowned national champion even if his victory wasn't confirmed until a couple of days later. To become the champion at his age is just incredible.

David McMillan (Dundak FC) - Impossible to leave out. McMillan was superb for Dundalk FC in 2017, hitting the net 23 times and becoming Ireland's all-time top-scorer in European competition with his strike against Rosenborg in July. Led the line excellently and scored some crucial goals, perhaps none more so than in the FAI Cup semi-final replay against Shamrock Rovers.

Kate O'Connor (St. Gerard's AC) - O'Connor's reputation as one of the country's most promosing athletes was enhanced dramatically by her exploits in 2017. Breaking the European Youth Heptathlon record is perhaps her finest achievement in an all-round stellar season for the St. Vincent's student.

Caolan Rafferty (Golf) - Winning the Leinster Order of Merit title, breaking the course record at the Amateur Championships at Royal St. George's golf course and having successfully represented Ireland at the Home Internationals, this man looks set for stardom.