THE POLL WILL CLOSE THURSDAY LUNCHTIME 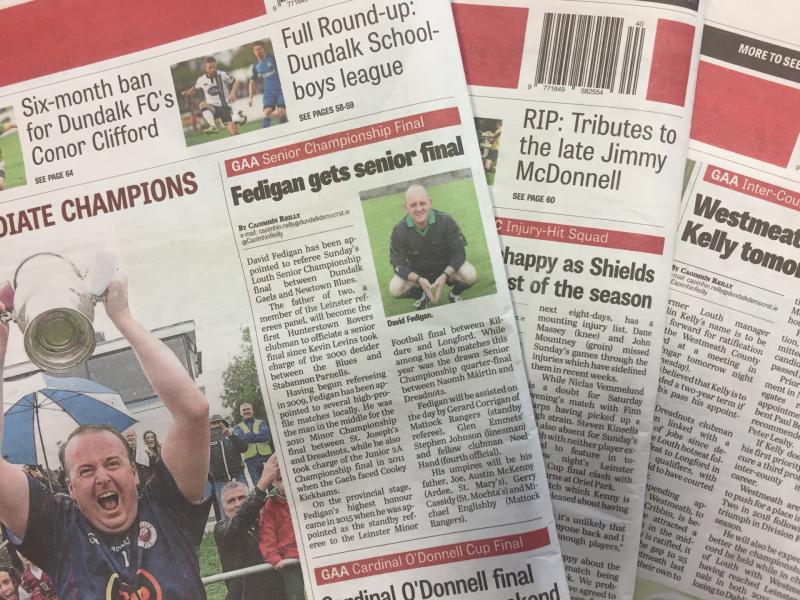 Jackie Agnew (O'Connell's) - Agnew had a strorming second-half as the Castlebellingham men claimed the Seamus Flood Cup with victory over Clan na Gael on Sunday.

Catherine Marcus (Karate) - With a stunning performance at the ONAKAI Irish Open, Marcus collected two medals, a silver and a bronze.

Ryan Walsh (St. Fechin's U16) - The talented youngster was everywhere to ensure St. Fechin's sprung a suprise in Sunday's U16 Championship final. He scored 1-8 of the Hoops' 1-13.

Conor Macken (Woodview Celtic) - Macken, Woodview's player/manager, was an integral component as the Dundalk side knocked Home Farm out of the Leinster Junior Cup on Sunday.

Brendan Rogers (Rock Celtic) - The winger scored a hat-trick in Rock Celtic's 11-0 thumping of Grove Rangers in the Tully Cup on Sunday morning.

Enya Silkena (St. Gerard's AC) - The young athlete put in a storming finish to claim the girls U11 race at the Louth Cross County Championships at DkIT on Sunday.

Jamie McCaul (Rock Celtic) - Like his colleague, Rogers, McCaul also netted a hat-trick against Grove Rangers in the Tully Cup on Sunday.

Conall McGeough (Glenmuir U12) - McGeough hit a hat-trick as Glenmuir U12 went top of the Premier Division in the Dundalk Schoolboys League with victory over Quay Celtic U12.