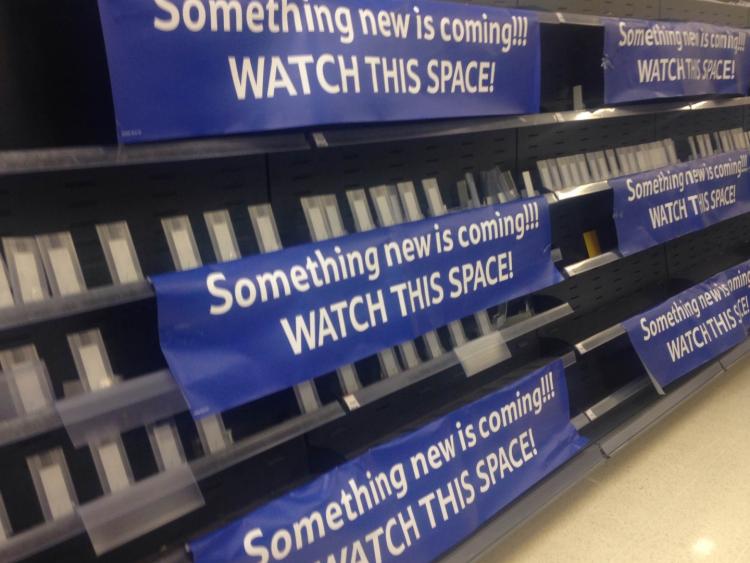 Those of you you who walked past the DVD aisle in Tesco Extra would have been met with this sight, posing the question “Is this the end for compact disc entertainment?”.

Earlier this year, HMV / Xtra-Vision shut their Irish stores after short lived comeback, which meant that in Dundalk, Tesco Extra was the prime source of CD's and DVD's. Further afield Tower Records and the soon to be opened Golden Discs in Henry Street, Dublin, are the only retailers, solely selling  CDs and DVDs.

A portion of the aisle in question in Tesco now sells computer/electronics accessories, such as leads,  tablet covers, etc.

Apart from Classified Records, which sell the finest in Vinyl Records , as well as providing the fantastic service of selling local artist's music, along with having in-store performances, CDs DVDs have now become a 'blink and you'll miss them' feature in Dundalk's retail outlets.