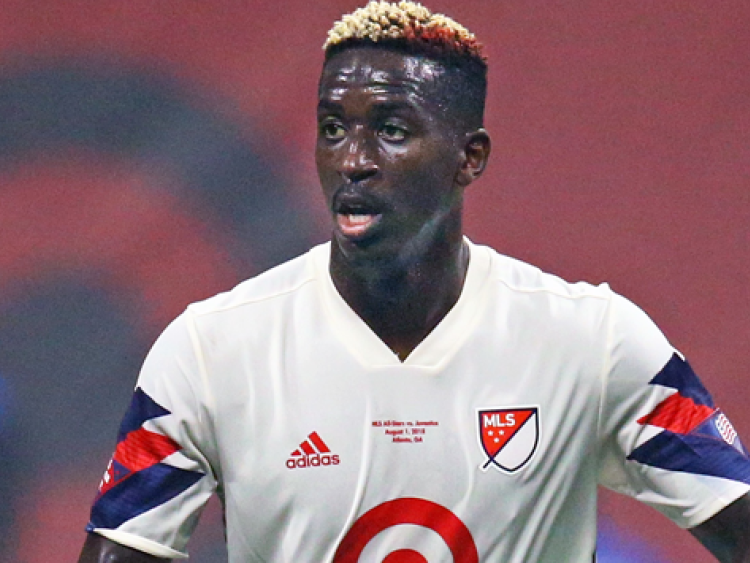 It is understood that Zahibo – who has spent a period of time in quarantine – arrived at Oriel Park this week with a view to finalising what is being reported to be a lucrative contract.

Team manager Shane Keegan initially confirmed to The Democrat last month that The Lilywhites were edging closer to bringing in the Central African Republic international.

“I’d really hope that we’d have good news on that front over the next three, four, five days max.”

Born in France, Zahibo started his career with Ajaccio before moving to Spain, where he played with Ponferradina and Fuenlabrada prior to earning a transfer to Valencia in 2014.

He made his La Liga debut in a 1-1 draw away to Deportivo La Coruna in 2016 and went on to play seven first-team games for the Spanish giants before joining Gimnastic Tarragona.

Zahibo thereafter moved into Major League Soccer with New England Revolution, where he became an MLS All-Star alongside the likes of Zlatan Ibrahimovic and David Villa in 2018.

“I was just looking at some of his stats and some of the information around him. That MLS All-Stars squad that he was in that played against Juventus – his front two that day was Zlatan and David Villa so he’s certainly used to keeping good company.”

The 27-year-old most recently played with Houston Dynamo where he spent the 2020 season.