Dundalk vs Sligo Rovers Preview: Keegan not worried by Liam Buckley comments ahead of SSE Airtricity League opener away to Sligo 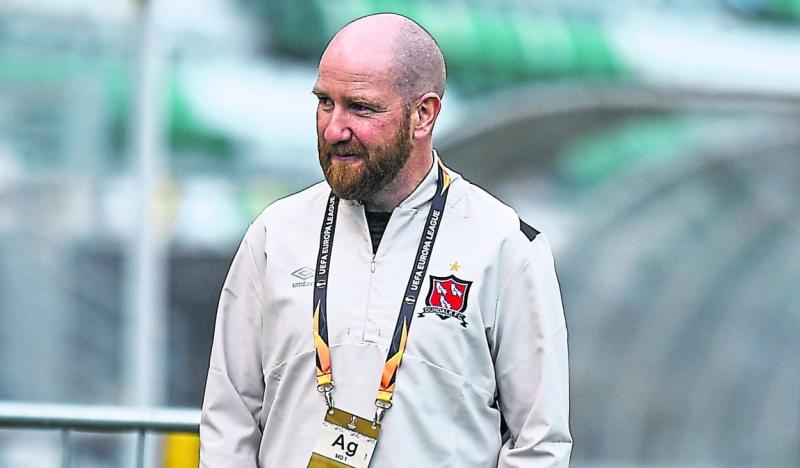 After an eventful close-season, Dundalk FC will open their SSE Airtricity League campaign with a trip to The Showgrounds to take on Sligo Rovers on Saturday evening (kick-off, 6pm).

“It’s great to finally get down to the real stuff,” said team manager Shane Keegan.

“As I’ve said before, we’re a little bit behind in terms of our pre-season preparation so it’s great that we’ve managed to catch up as well as we have in the last couple of weeks. I think we’re exactly where we need to be heading into Saturday night thankfully.”

Having finished 22 points behind last season’s champions Shamrock Rovers, Dundalk begin their quest to reclaim the title against a Sligo side that beat them home and away in 2020.

“They’re a really excellent side. Their starting eleven is as good as you’ll see anywhere in the league. We had big problems with them last year but that was just based on the quality that they had. They got off to a really slow start. I’m not sure why or how."

“Before a ball was kicked last year, I said Sligo will absolutely finish in the top four. I think most people would have been of a similar enough opinion because the quality was there. The same applies this year. I think they will absolutely be competing at the top end of the table. With the quality that they have, they couldn’t be anywhere else really.”

Dundalk confirmed before the President’s Cup game that Keegan would assume the position of team manager this season, with Filippo Giovagnoli taking a backseat for the time being.

Sligo manager Liam Buckley called Dundalk’s new management structure into question during the week, suggesting that he believes Giovagnoli is still very much the man in charge.

“I wouldn’t pay too much heed to it. Sometimes these things try to get stirred up a bit more than actually exists.”

Keegan remained coy on speculation linking the Oriel Park club with a move for Central African Republic international and ex-Valencia midfielder Wilfried Zahibo, but did reiterate the club’s desire to bring in a third goalkeeper as cover for Alessio Abibi and Peter Cherrie.

“We’d love to think that we could add another one, possibly even two if the right kind of person is out there. With a bit of luck, we might manage to get something done this month.

“We definitely don’t have anybody signed yet. We’re getting reasonably close to getting one over the line. I’ve seen deals be a lot closer than this and still not get done so I wouldn’t be counting our chickens yet.

“There’s no doubt we probably will need to bring another one (goalkeeper) in, but we can’t just jump at the first one that comes along either. We have to look around and try and find the right person, but it is the plan to bring one in if we can.”

In terms of team news for Saturday, Sonni Nattestad is available for selection after his red card from last week’s President’s Cup game was rescinded following a successful appeal.

Brian Gartland and Michael Duffy are both closer to making a return, but given that they’ve had no pre-season behind them, it’s unlikely that either player will feature against Sligo.

Daniel Kelly, Sean Murray and Ole Erik Midtskogen are definitely out of the equation, but Keegan insisted that all three are only “a matter of weeks” away from becoming available.