Dundalk Stadium CEO Jim Martin speaks to Patrick Flaherty about the future of the track, the proposed all weather facility at Tipperary and the news that they will feature on TG4 next month 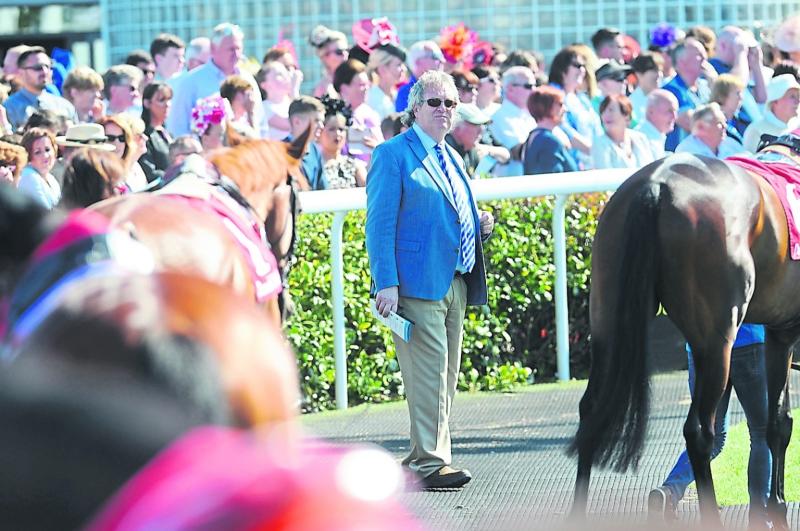 Dundalk Stadium has been an integral part of horse racing in Ireland, providing the island with its only all-weather surface since its inception in 2007, giving a platform for the top trainers to unleash their big guns and provided plenty of opportunities for the smaller trainers and jockeys to make their mark.

However, it looks odds on that the course will be joined in the future by another all-weather track, with Horse Racing Ireland’s plans to build a facility at Tipperary Racecourse recently taking the next step in coming to fruition.

2021 will see the Louth track busier than ever before, but CEO of Dundalk Stadium Jim Martin believes the facility is still not getting the use it can cope with when compared to their UK counterparts.

“On the original fixture list this year we are scheduled to race 41 times and we actually got four extra fixtures in January and February bringing us up to 45” he stated, “that’s by far the most ever as last year we raced 38 times.”

“At 45 fixtures, it is still just half of the all-weather tracks at Wolverhampton, Lingfield, Kempton or Newcastle so we feel our track is still under-utilised.”

When building the track, Martin and his team had targeted providing 50 fixtures a year from their stadium, a standard number for many of their counterparts who race numerous times a week in the UK and offer much more meetings than that number.

Unlike across the water he doesn’t feel there is appetite for that many fixtures in Ireland, although he does look to a busy period last winter as evidence that they can handle any extra fixtures HRI currently requires.

“Last November we raced 11 times in one month so it doesn’t take much to realise that very easily we could race 100 times here, like tracks such as Wolverhampton already do. We don’t think there is a demand here for that 100 fixtures but if there is demand for 15 to 20 more, we can do that.”

The UK currently has six racecourses offering all weather action, spread out across Britain with an average of one racecourse per 10 million people while Ireland with its current population would have two racecourses for just five million people.

“The horse population in this country is not growing to the extent that suggests another all-weather track is required” he claims. “We feel we have a lot more capacity to take whatever extra racing is needed.”

“Tipperary is owned by the governing body, the guys building it are the people we have to answer to and report to so it is an unusual one in business, that your competitor is actually the people who are licencing you.”

Facilities like what are seen in Dundalk and proposed in Tipperary are costly endeavours, costing in the region of €30 million, and as a result HRI boss Brian Kavanagh stated the new development would be a multi-use venue that can be available for use on non-race days.

Martin knows that the return on investment can be seen as poor for racing facility upgrades, given the few days per year they are operational, but feels Dundalk Stadium has always planned for this by becoming a unique site that offers both horse and greyhound racing.

“It’s unique to have both sports there but it made sense when we put the business plan together. Most courses they use their grandstand maybe 23 times a year, it is a massive facility to be used that infrequently and that is the way the world over, by their nature they are underutilised.”

While the jumps scene is still taking centre stage as talks of Cheltenham fill the racing pages there was some early flat action of note this month in Dundalk with the running of the listed Hollywoodbets Patton Stakes over a mile on March 5th.

The race was won last season by Crossfirehurricane, and it was the same connections of Joseph O’Brien and Shane Crosse that landed the contest once again in the colours of owner Scott Heider, My Generation bolting home to take the victory by five lengths at odds of 11/2.

The filly came out of the stalls strong tracking the leader Rebel Steps early on, she would lose the position briefly but found plenty in the final two furlongs to go clear of the chasing pack with Rocky Sky finishing a surprising second for Ross O’Sullivan while 5/4 favourite Messidor could only finish third.

Friday’s card was sponsored by the South African betting company Hollywoodbets, showing off the Louth track to a new market and Martin feels it is proving a strong connection for both sides.

“We have a great partnership with them and it is working well for both organisations, they are getting a lot of exposure and we’re delighted to have such a big South African name sponsoring races in Ireland which is great to see.”

While Dundalk has always had a home on racing centric TV stations such as Racing TV and Sky Sports Racing, outside of their official opening which was featured on the Six One news their magnificent facilities have never appeared on Irish TV.

That looks set to change next month as TG4, who have this year expanded their racing coverage in light of no punters being allowed on course, are set to broadcast their Winter Racing Series Finale free to air to Irish viewers for the first time in a move all at Dundalk have welcomed.

“We are gearing ourselves up for 18th of April which is our Winter Series finals Day, for horses who raced in the series this year and the best ones will have qualified for finals worth €15,000 with some of those races going out on TG4.”

“They are covering that meeting along with racing at Tramore as a double header, I think they are taking four races form us and three from Tramore so it will great for us as it will be the first time we will be on terrestrial television.”