Mackin Reflects on solo and team accolades in odd 2020 Season 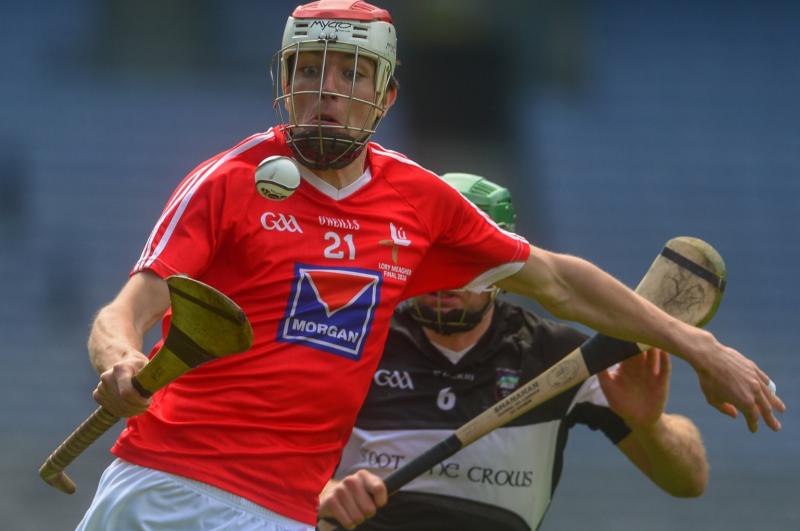 Andrew Mackin is humbled by the personal honours he received recently, as he looks back on a year to remember for the Louth hurlers

In a world of lockdowns and restrictions there hasn’t been much to excite GAA fans starved of seeing their favourite players take to the field and represent the county jersey with pride.

But while there is plenty of doom and gloom surrounding the news that inter county action will not be coming back any time soon, there was some positive news to brighten the world of the GAA locally as Andrew Mackin was named the Lory Meagher Player of the year 2020.

The Louth hurlers defeated Fermanagh to claim the trophy for a second time last year, with Mackin also named on the Dream 15, an All-Star team made up of the best players from the Christy Ring, Nicky Rackard and Lory Meagher competitions.

Although delighted to receive both awards, the humble forward was keen to stress it was a team game and felt more of his fellow players deserved to be picked on a combined team where Fermanagh’s Conor McShea was the only other representative from their grade.

“It’s nearly as much of an achievement to be on that team as it is to win the player of the of the year” he claimed, “I feel like we deserved to have another player or two on the team, there was a lot of players who stood up and performed so I do see myself as incredibly lucky to be the one listed.”

“You go out there wanting to win matches and competitions, so any personal accolades are just the cherry on top and the bonus after it.”

The Naomh Moninne hurler was aware of the need for the county side to produce on the national stage as they look to influence the next generation of talent to stay in the sport, and he is hopeful that the title coupled with his own personal honours will convince kids to give the game a try.

“I suppose it does heighten the level of interest in the county and it if leads to even one or two lads picking up a hurl or continuing hurling then I think we will be doing well, if the results I’m getting promotes the game at all and encourages younger people to hurl away then that’s fantastic.”

Like all teams in the country, the Louth hurlers preparations have been affected by the restrictions imposed on training, however manager Paul McCormack has been quick to realter their plans.

The Armagh native has focused his approach on looking after his troops instead of working them to the bone with a return date for training still currently unknown.

“Since Christmas Paul would’ve been mad to keep in touch, even just outside of hurling to see how the lads are getting on during Lockdown and keeping an eye on everyone.”

“We would’ve been aiming towards those earlier dates but then obviously with the government guidelines they were pushed back, he gave out programs to keep lads fit without going too hard, just keeping lads moving so when it comes to it, were not starting from scratch at training.”

The break kas come at a good time for the Louth sharpshooter, who is currently recovering from an injury picked up in the Lory Meagher final, yet he believes his fellow teammates are setting high standards while making sure not to overwork themselves ahead of what is hoped to be another successful year.

“I’ve been fortunate enough in that I broke my thumb in the match at Croke Park and I’m coming to the end of that recovery right now, so the break has been good for me.”

“The priority is keeping fit and from what I can see the lads are doing well, putting in crazy times for their five kilometre runs. When you are at inter county level you have to remain at a certain level of fitness the whole time, but we aren’t burning ourselves out before competitions start.”

Although 2020 ended on a high note in Croke Park, the National League saw positive results hard to come by for the Wee county who failed to register a win and were relegated to Division 3B despite putting up gallant displays in defeat to Armagh and eventual Nicky Rackard champions Donegal.

Due to a restructuring of the competitions Louth did not get a chance at promotion to the Nicky Rackard Cup, however Mackin is adamant that standard of play is where they deserve to be and they hope to show it this season by achieving their goals in both the league and championship.

“There will be strong teams involved, but it has to be the goal to go out and win promotion and retain the Lory Meagher, hopefully there is promotion this year and we can get back up to Nicky Rackard as that is where we spent most of our time hurling since I’ve played with Louth and where we need to be.”