Oisin McConville on a decade nurturing talent at DKIT 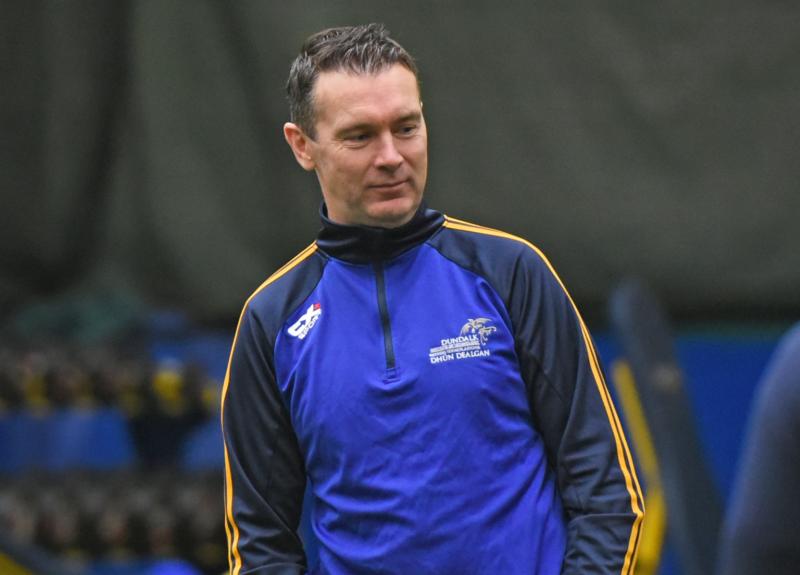 January and February are usually the forgotten months when it comes to the world of GAA, a sort of off season where the club action has fizzled out for most players and inter county is still in the midst of partaking in little more than pre-season challenges disguised as chances to win meaningless cups.

However, the forgotten son of the GAA that tries its utmost to sneak into the limelight during this quiet time of year is third Level competitions such as the Sigerson and Fitzgibbon Cups where the best of the best from various counties combine to bring glory to their respective colleges.

Unfortunately, like pretty much all sporting endeavours recently, third level GAA has been put to one side as we look to fight off a pandemic but unlike other competitions all higher education championships have been cancelled indefinitely.

Oisin McConville is the current DKIT football manager and was not surprised by the decision, yet despite having unfavourable opinions on sports continuing during the current crisis he still believed that the nature of college GAA made it a step too far.

“I’ve gone on record and have not been the most popular man in the world for saying it, but I felt sport at different levels should have continued” he claimed.

“I do think college football was a probably a step too far because of the fact that there is students coming in from all sorts of different counties and with the travel or bus journeys it just didn’t seem viable or feasible.”

The former All Ireland winner with Armagh was particularly disappointed for his players who will miss out on a year of college competition given the importance it can have on up and coming players as a final chance to impress county selectors at home.

“A lot of players will miss out on their last year playing football and a lot of those freshers who would have normally gone straight into the Senior team, they are missing that experience along with their own freshers’ competitions as well.”

“It’s an opportunity for lads to get spotted as the only other opportunity they have is club football especially for lads who have maybe not gone through the system of academies, development squads, minor or U20 panels.”

The Crossmaglen native has been in the job for the past ten years and it is giving a platform to young footballers that have yet to reach their potential that brings him the most satisfaction as a manager and he continues to stay in touch with players once they have moved on.

“A typical example is Niall Kearns who came into college a completely unknown player and three years later he is an All Star nominee. You see these guys coming in at 17 or 18 years of age, they grow physically but also as footballers and as people. It is very easy to get attached.”

“I stay in touch with most of them down through the years and they might contact you the odd time for a little advice and that relationship is one that seems to last forever.”

McConville competed as a player at the very top of gaelic games for 20 years, all the time playing with the cream of the crop winning six club All Irelands with Crossmaglen and the holy grail of the Sam Maguire Cup in 2002 with Armagh.

However, it was only when taking up the job that he noticed the huge importance to development that college football gives to those who may not have had the chance to work with the best players and coaches during their time in the sport.

“I think it is of massive importance to players, one which I only realised when I started with DKIT. You have lads coming from weaker counties getting the opportunity to play with the likes of Niall Kearns or Rian O’Neill, Sam Mulroy and others who came before.”

“Playing with these lads that brings them on, helps build their confidence so they are able to go back and prosper with their club and possibly then get into county squads.”

Those at the top of the game are burdened with an onslaught of commitments, be it with their club or county already taking up a significant portion of their time in the year and McConville was conscious that he made sure committing to DKIT would be less stressful and that they get to enjoy the social side of the club usually taken away from modern players.

“If you are playing with your club or county there is huge importance on it, it is parochial and very serious, what we have tried here in DKIT is to have as much fun with it as possible and we’ve tried to ease the pressure off lads, so there is no huge demands put on anyone.”

DKIT currently play in the second tier football competition the Trench Cup and have been hugely competitive in recent years, losing narrowly in the final to Letterkenny IT in 2019 and to Cork IT in the semi-final last year.

The Armagh man knows his side are capable of competing at the top table and despite losing some of his squad when they graduate in 2021 he believes his new young guns will step up to the plate in the colleges fight to return to Sigerson football.

“We had an exceptional panel, we had loads of experienced players and some freshers who could come in and be expected to just walk onto the squad. We have four or five lads from Louth, a couple from Armagh who even though they are still young would definitely not weaken the panel”.

“It is a very good squad and I think despite losing a little bit of that experience next year, we will gain a huge amount of quality and that is just part and parcel of what college football is about. Next year we will be more than ready to go again.”