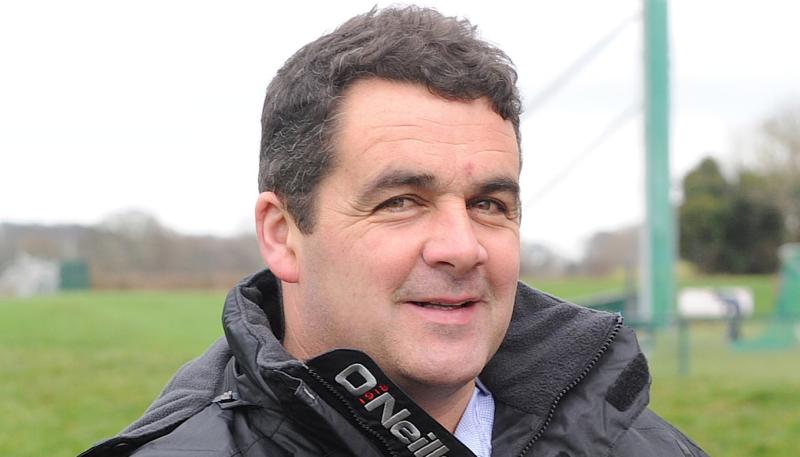 St Kevin's chairman Bob Doheny is looking forward to seeing his side play Senior Hurling for the first time in 2021.

St Kevins have announced their intention to contest the senior ranks in hurling for the first time in their history, becoming the fourth side in the hunt for the Paddy Kelly Cup in 2021.

The Philipstown club will join current champions Knockbridge, Naomh Moninne and St Fechins and will replace Pearse Og who announced their disbandment earlier in the month which keeps the Senior ranks of Louth hurling at level numbers.

The club which currently caters for up to 50 young players at various underage groups had acted as just a juvenile club but when left with the prospect of running a championship with just three teams their chairmen Bob Doheny saw a chance to make the leap into the adult game.

“It is a massive step for the club”, he stated, “we started with the underage a good few years ago and we always had the idea of someday we might play Senior rather than lose the hurlers we have built so having an adult team was always the long-term goal.”

“We wanted to move senior and when it went to three clubs last year, we spoke about it and felt like we were going to give this a go and we are confident this is going to work.”

With little to no history of adult hurling in the area, the club have drafted in five Pearse Og players who have transferred into the club and coupled with help from Mattock Rangers he hopes they can build a squad worthy of the jump to Senior hurling.

“We have never played senior level before and we are going to be involved with Mattock Rangers, but the Pearse Og boys are actually transferring to our club which is a huge change as we would’ve never played adult hurling before outside a few junior games last year.”

“We had a couple of lads on the Lory Meagher squad last year but even still this would be their first year playing club hurling, so we are hoping these lads bring the experience that the squad needs.”

Doheny has known those involved with the Dundalk club for many years and was disappointed to see the club fold, but when questioned on their long-term viability felt that the comparisons with Pearse Og were unjust given the different catchment areas.

“We are out in the country and when you are a country club it seems to be a lot easier to keep young players involved in the sport, that is what we found with the football and I’d imagine it will be the same with the hurling”.

“Our camogie club has been on the go for 40 years and young boys who come up to play hurling see their sisters playing camogie which makes it easier for us, we have never had a problem getting underage lads playing.”

St Kevins are a proud dual club and the current secretary of the county board was hopeful that the two codes could easily coexist as has been the case with their underage squads in recent years.

He is hopeful that Louth GAA and the CCC will make the effort to accommodate them and other clubs partaking in both sports when it comes fixture planning as they look to stay as competitive as possible in 2021.

“Knockbridge and St Fechins have a lot of footballers as well, so I think it is time we all work together and make sure we all benefit from it. Not just play when there is no football in the schedule as in that case, we will not get a fair crack at it.”