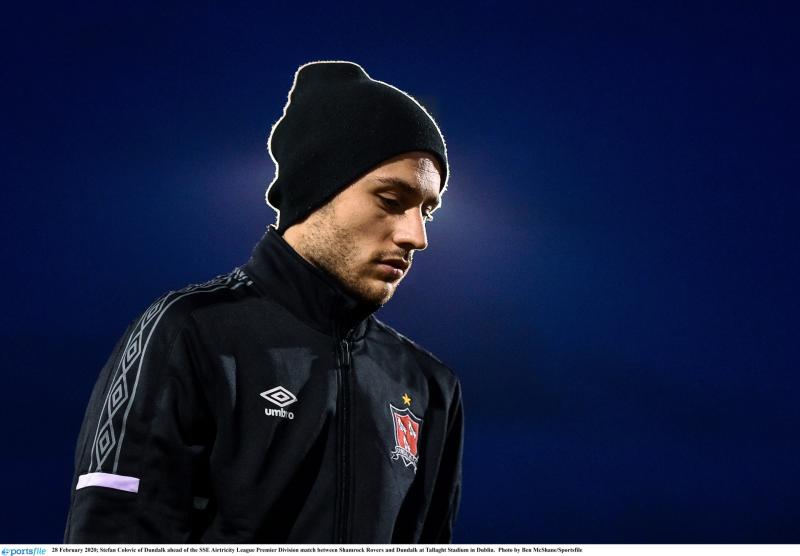 Stefan Colovic has left Dundalk FC after spending just one season with the Oriel Park club.

The Serbian winger has returned home to his native land to sign for FK Cukaricki, who currently occupy fourth in the Serbian top-flight at the halfway stage of the 2020/21 season.

Colovic joins Cukaricki for an undisclosed fee as the the 26 year old had a year remaining of the two year contract he signed at Oriel Park at the start of the last campaign.

He struggled to settle in Ireland, however, and is understood to have flown back to Serbia as soon as soon as Dundalk’s odyssey in the Europa League group stages ended in December.

Amid reported interested from clubs worldwide, Colovic signed for The Lilywhites last February after spending two and a half years with Serbian outfit FK Proleter Novi Sad.

He made his Dundalk debut in March, coming off the bench to hit the post in a 4-0 away win over Finn Harps and that was the first of his 14 appearances in League of Ireland football.

His only goal for the club came from the spot in a 3-1 defeat at Sligo Rovers last August.

Meanwhile, Dundalk are etching closer to bringing former Hibernian and Dundee United midfielder Sam Stanton to Oriel Park after he turned down a contract offer from Ross County.