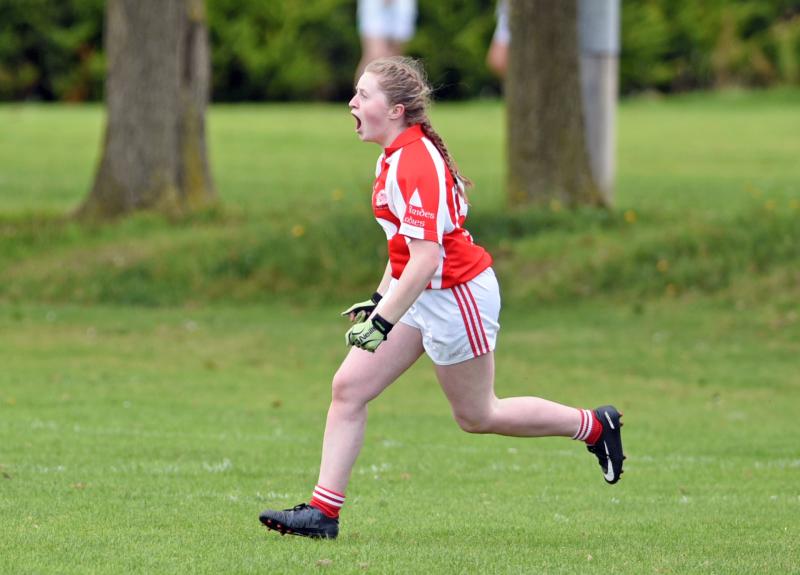 St. Bride’s took a major step towards the senior championship semi-finals on Sunday morning when overcoming Roche Emmets courtesy of a 59th minute goal - racking up their second triumph in six days to move top of group two.

The Knockbridge ladies were the deserving winners, having led for pretty much the entire encounter, until a late Roche spurt, which saw Tracey Rogers hammer home a three-pointer, had the visitors in front entering the game’s dying embers.

However, some loose passing inside their own 45 gifted Bride’s the chance to lob possession towards goal and with a mix-up incurring between those in front of Roche’s target, the ball was deflected into Emmets’ net.

It was a most fitting way for Gerry Curran’s side to cap a disappointing display in which they were second best despite having ample opportunities to depart Páirc an Chuinnigh with the three championship points. They hit the goalframe thrice in the second half, including from Rogers’ seemingly netbound drive, while Seona Halligan saw a late shot saved well by Ciara Laverty, Brides’ brave goalkeeper.

Though, albeit Roche fell well short of their impressive levels under Mickey Heeney’s tutelage, when they were the grade’s surprise packages 12 months ago, Bride’s were industrious and had it not been for their tally of 16 wides, could have been further clear by the time the girls in blue hit their second half stride.

Centre-forward Sarah Fagan was a tower of strength for The Reds, with Caoimhe Hoey and Bronagh McArdle driving forces from deep. Meanwhile, Emmets struggled to get a grip on the inside line of Eilish Noonan, Lily Fagan and particularly Emma McArdle, whose major 13 minutes from the end nudged Fra Fagan’s charges five points clear, 1-9 to 0-7.

Bride’s were now playing towards the road-end of the ground, into the swirling breeze, hence Dearbhla Begley, Roche’s commanding net-minder, was kicking the ball to halfway and clearing midfield. This produced so many scoring opportunities with Louise Byrne able to cut through the hosts’ defence with her trademark solo runs. But be it through a last-ditch intervention - one particular block from Rebecca Hilliard stands out - or slack distribution, openings were spurned at a serious rate.

In saying that, Bride’s ought to have led by more than 0-6 to four at the interval. All bar one of the opening period points were from play, a Sarah McArdle free for Roche, with Emma McArdle looking lethal in front of the posts for Bride’s.

Their lead was three twice before the second waterbreak and as the game resumed, a drive through the heart of Roche’s backline from Sarah Fagan gave Emma McArdle the ball to rifle to the net.

Emmets, knowing the state of play, added urgency to their effort in a bid to rescue an unlikely result and when Byrne played in Rogers to score, the scoreboard was 1-9 to 1-8 in the winners’ favour.

A brace from Sarah McArdle had Roche ahead and looking set for victory, only for a calamitous handling error to cost them dearly.