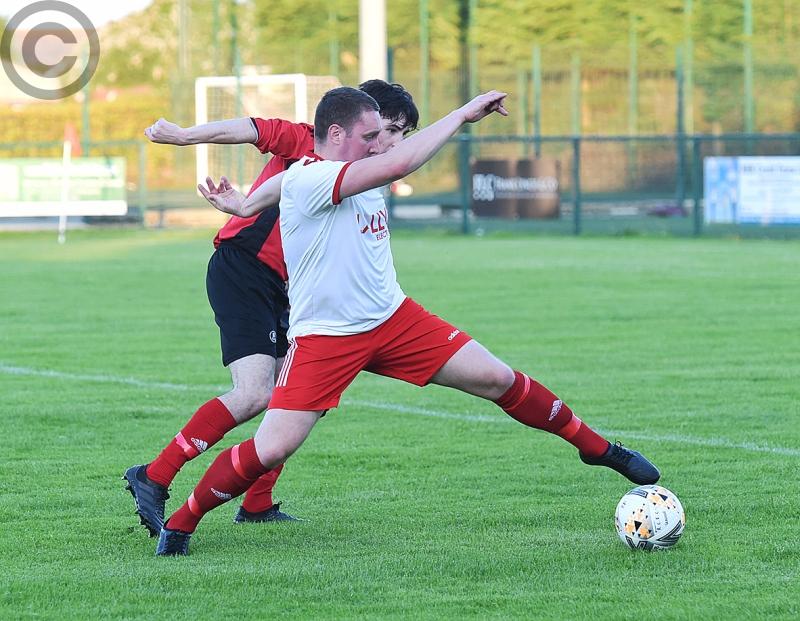 Gary Lennon’s charges were 4-0 up by the time Paddy O’Connell got Redeemer on the scoresheet shortly before the interval, with the pick of Rock’s scores coming from Ronan Sands’ wonderfully guided free-kick.

The visitors were the architects of their own downfall for several of the other concessions, with O’Hare and Cillian Duffy pouncing.

Trailing 5-1 early in the second half, goals from Gavin Gaffey and Ryan Duffy had Redeemer back in contention and had they finished off other moves, the gap could well have been tighter before Rock added scores via Brendan Rogers and Oran O’Hanlon.