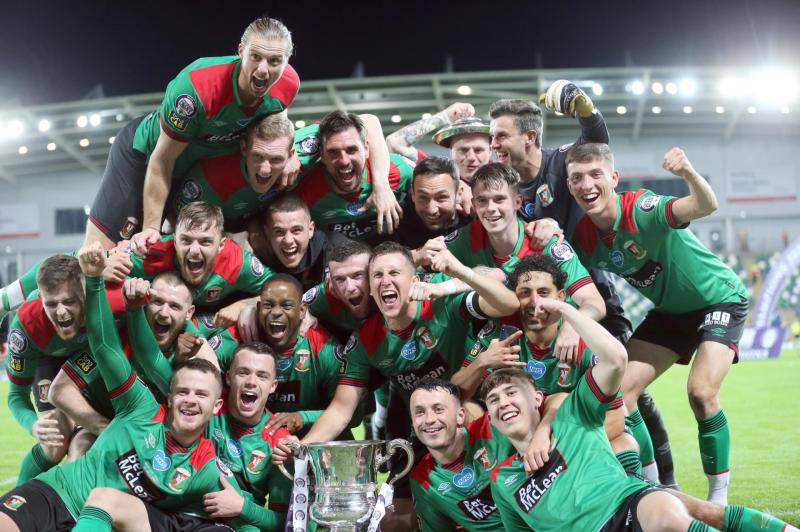 The forward came off the bench during the second half of the 90 minutes against Ballymena United, having an impact before dribbling and crossing from the left flank for Robbie McDaid to make it 2-1 with just five minutes of extra-time to play.

'Gazza' is the first Dundalk man to win the competition since Simon Kelly with Glenavon in 2016.

Just as we thought it was heading for penalties, @Glentoran strike late through Robbie McDaid ⚽️

The Glens led Friday's affair 1-0 at the interval, only for Ballymena to level shortly after the break.

It was the second time in a week that both sides were forced to go some distance at the Belfast venue given the semi-finals were settled by penalty kicks. While Glentoran saw off Cliftonville in a marathon shootout, with O'Connor among the successful takers, United fended off 2018 winners Coleraine.

The Cup win was Glentoran's 23rd and first in five years.