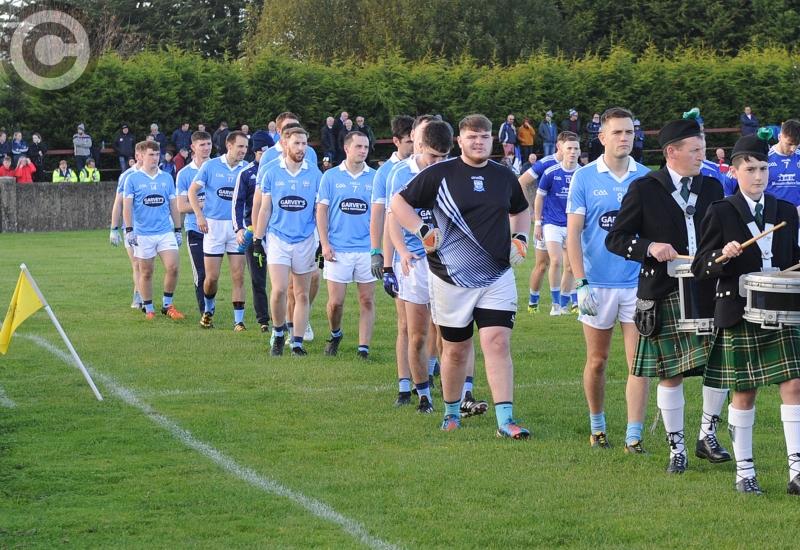 Newtown Blues set-up a meeting with St. Fechin’s in the final of the Paddy Sheelan Cup after claiming a four-point victory over Naomh Máirtín. (Pic: Arthur Kinahan)

Newtown Blues set-up a meeting with St. Fechin’s in the final of the Paddy Sheelan Cup after claiming a four-point victory over Naomh Máirtín.

The game at Newfoundwell on Sunday afternoon saw the hosts inspired by the scoring performances of Rob Carr and Lorcan McQuillan as a strong second half display saw them through.

The opening period provided plenty in the way of attacking entertainment with Blues finding the net through a McQuillan goal and a Carr penalty.

However, Máirtín’s kept in touch with a Wayne Campbell major and just before the break JP Rooney found the net to level the game at 2-4 apiece.

Just eight minutes into the second half Campbell added his second goal of the game for the visitors. However, it was Blues who got on top and with the help of points from Johnny McDonnell and Dáire Nally they went on to claim victory.