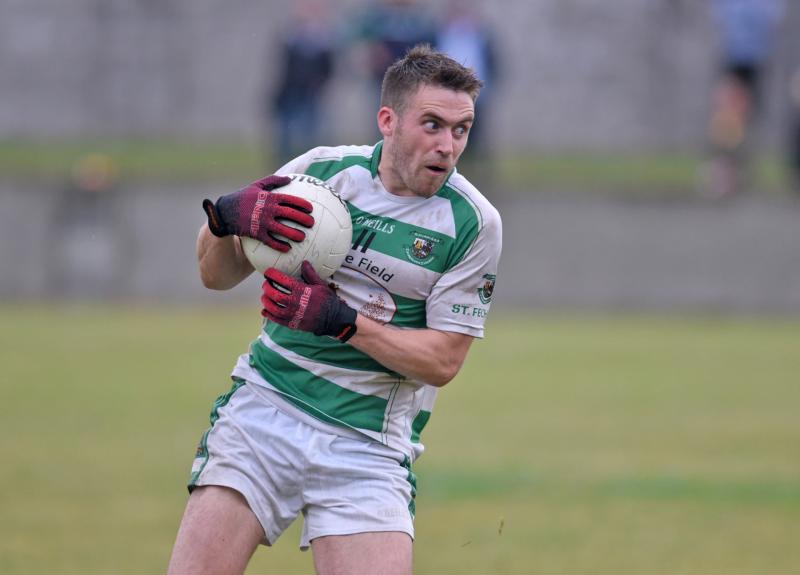 St. Fechin’s advanced to the final of the Paddy Sheelan Cup after a close match with St. Bride’s at Beaulieu on Sunday afternoon.

The visitors took the lead straight from the throw-in when Kevin Hearty slotted over. However, this effort was cancelled out by Ryan Walsh two minutes later.

The Knockbridge men dominated proceedings from here on with five unanswered points, via Emmet Kirk, Conaill Devin (free), Seán Marry (2) and Patrick Reilly, to lead 0-6 to 0-1 on 20 minutes.

Eventually, the Termonfeckin men got into the match with four points on the trot through Ronan Holcroft (2), Eoghan Duffy and Walsh again.

However, Ciarán Deane pointed on 27 minutes to leave two between the sides before Walsh registered his third minor of the afternoon.

Devin put the Reds into a great position at the end of normal time when he slotted over before Walsh got one back for the home side.

However, well into added-time the men in green-and-white went ahead through a controversial penalty. Holcroft sent his effort wide but much to the annoyance of the Bride’s players, referee Stephen Johnson ordered it to be retaken. This time Holcroft made no mistake to give his side a 1-7 to 0-8 lead at half-time.

Bride’s rallied at the start of the second half and scores from Reilly, Marry and Stephen Hoey helped them lead by two with 10 minutes remaining.

But disaster struck for the Knockbridge men when Fechin’s were awarded a second penalty on 53 minutes and Holcroft found the back of the net.

The Louth forward added another point almost immediately to put two between the sides and late scores from Eoghan Hackett and Michael Briscoe sealed victory for the hosts.