COMMENT | Modern-day GAA isn't the one I fell in love with, writes Caoimhín Reilly 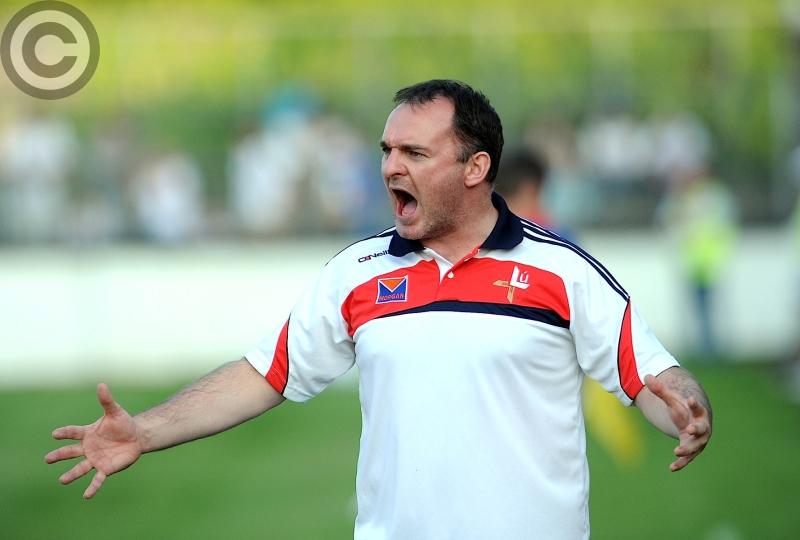 What’s the GAA’s stance on ‘financial fair play’, or have they got one?

European soccer’s governing authority, UEFA, had their jocks pulled down in public last week as Manchester City’s two-year suspension from Champions, and Europa, League participation and hefty fine was ruled out of order having been legally challenged by the club.

The hope was that the ban would be upheld and, thus, a precedent set which would allow, in some form, ‘sport’ to be reintroduced to what has become nothing more than an industry, completely and utterly removed from those who need it most.

Instead, professional soccer is going to continue to grow exponentially in a financial-sense until it either hits a ceiling or completely self-implodes and a major recession sets in. For the bubble cannot keep expanding, surely? Or, maybe, as with the belief that City would be stood up to, that’s wishful thinking?

But all of this is in a completely professional game, hence the point is to generate the finance required to ensure the top players are continuously displayed on the elite stage. The English Premier League signed a lucrative television deal in recent years and now a lowly club is able to outbid some of the European contenders in Germany, Spain, Italy and so on. It’s about upping the stakes, speculating to accumulate and, ultimately, profiting.

So why has the GAA allowed a refined socioeconomic outlook to embed itself so intrinsically in what is, in ethos, an amateur organisation? It’s laughable that Croke Park continues to brand itself amateur when it’s clearly anything but. As with the Premier League, the leading players are now exclusive and/or made - and allowed - to stand on a pedestal, held away from the grassroots by a Gestapo combination of county managers, advisers and ego.

Why? Well, because it suits. You won’t see a St. Vincent’s or Fingal Ravens player picked out to model a fashion range or a brand new BMW. Nor a Louth footballer or Longford hurler, for that matter.

And this isn’t about crying or jealousy at thy neighbour’s house, it’s about the unhealthy obsession the GAA now has with money and tiers, and the unwillingness to accept that the level which the game has commercially is putting an obscene degree of pressure across the board in aid of the elite few.

A Dublin forward or Aidan O’Shea can be told what to eat, when to sleep and how to go to the toilet because, well, they don’t have to get up for work on a Wednesday morning, or fork out for a set of wheels, or a pair of jeans, or a tank full of fuel. What else have they to do only commit themselves to their county’s cause? And while they may bring joy to the thousands who follow them, they’re of little use to their clubs all year and the benefits for them individually far outweigh the meaning of a ‘John Mullane - I love me county’ slur.

Okay, so you can’t entirely prevent players from benefitting individually and earning a few quid on the side. God knows, to do so would be communism. But with the growth in ‘you get when you give’ politics, as opposed to the good-old community spirit and ‘giving’ idealism upon which the organisation was founded, we’re gradually and continually losing the run of ourselves.

If I’ve learned anything from my parents it’s that selflessness is morally more rewarding than selfishness. My father was always one to promote, in the context of the GAA, contributing towards the common good but not in exchange for monetary remuneration. You simply cannot create social cohesion if the core motive is not community.

I know for a fact that a club handed out envelopes to five people involved in a live debate last year. It was part of a celebration ceremony, designed to give those who were there, most of whom were paid-up members, a bit of entertainment and wise-crack. The night, by all accounts, went very well.

One man I know well got down the road, opened his handshake and found €150. He turned around, went back and told the man who’d given it to him to put it back into the club. Whether the others did the same is unknown.

Another story came out not too long ago about Kilkenny’s legendary hurling manager, Brian Cody, handing out medals to a club’s juveniles in Wexford. He was given a few hundred euro at the end of the night but tried, in vain, to hand it back. A few weeks later, sliotars to the value of what he was given arrived at the club.

Seán Óg Ó hAilpín, the man who captained Cork hurlers to All-Ireland glory in 2005, asked for and took only a few sandwiches one time when he went up to Portlaoise to meet a crew of youngsters.

There are numerous other examples of such acts, which are basic within any culture that promotes inclusion and social awareness.

However, increasingly, this is being eroded and replaced by a contradictory norm, selfishness. Coaches, many of whom have never won anything and, in certain cases, couldn’t ‘coach’ ivy to grow up a wall, taking over junior club teams who’ve about as much hope of winning something as your writer has of ever visiting the moon, and yet charging upwards on €80-100 a session, at least €8,000 per year; all money which volunteers have raised through lotteries and whatever other fundraising initiatives they push.

Where is the amateurism in that? Premier League coaches get paid because that’s their job, within a full-time environment. How can a club, a hub for the local people, condone spending its community’s donations on a ‘career coach’, a person who’s paid for a season largely in spite of performances. At least spoofers in English football get the boot after a string of poor results. Those in the GAA just move on to another club, a different county, an alternative band of suckers.

The entire system is wrong, increasingly rotten. But the role models of old are gradually being lost. The Codys of this world.
Look at it from a Louth point of view, Peter Fitzpatrick did the senior job for practically nothing over three years and achieved more than anybody before and since over a span of about 50 years.

Aidan O’Rourke followed him in and subjected the players to the most unsociable regime fathomable; 6am gym sessions, etc. He added a “professionalism” to the set-up and yet made us endure the most miserable 18 months after his honeymoon period expired. Who would have cost more, I ask: Fitzpatrick in three years or O’Rourke in less than two?

‘Financial fair play’? A load of baloney. Although Man City at least have something to show for their outlay and rule-breaking. Ninety-nine percent of those in the GAA do not.