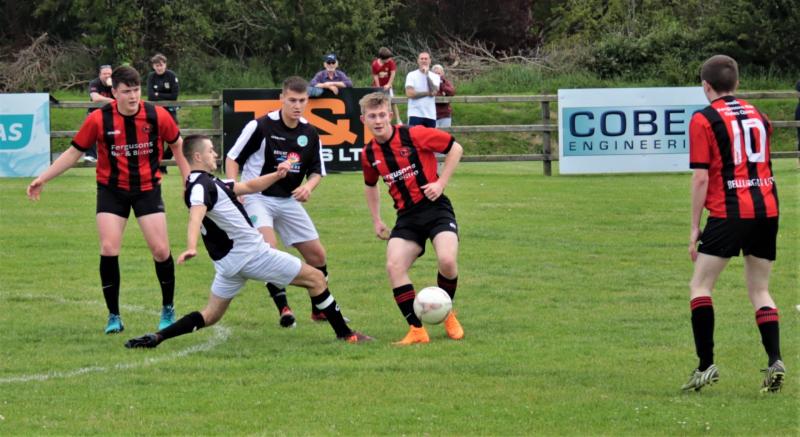 This closely contested last four tie went right down to the wire in every sense of the ‘saying’ with the home side holding their nerve in a nail-biting shootout.

Termonfeckin bossed the first half, Conor Brennan giving them the lead after 20 minutes, but they failed to build on their advantage, squandering many chances before the break.

Bellurgan gradually worked their way back into the game and their never say die spirit was rewarded in the 94th minute with a fine Glen Stewart strike to put the game into extra-time.

With no further scores it came down to a penalty shootout with the host club notching all five of their spot-kicks to reach the final.

St. Dominic’s were rocked back after just three minutes of this hard fought semi-final when Ryan Marron blasted the home side into the lead.

It took The Saints until the 44th minute to get on level terms, Cathal McEvoy scoring.

The second half was very tightly balanced until Aaron Crawford put Domnic’s ahead on the hour mark with a strike that turned the game. As Doms took control Fintan Brady was taken down in the box and he scored from the resultant spot-kick to put two goals between the sides after 70 minutes.

In the 83rd minute, he was fouled again inside the 18-yard area and made it 4-1 to the Dundalk side to see them into the Cup final.