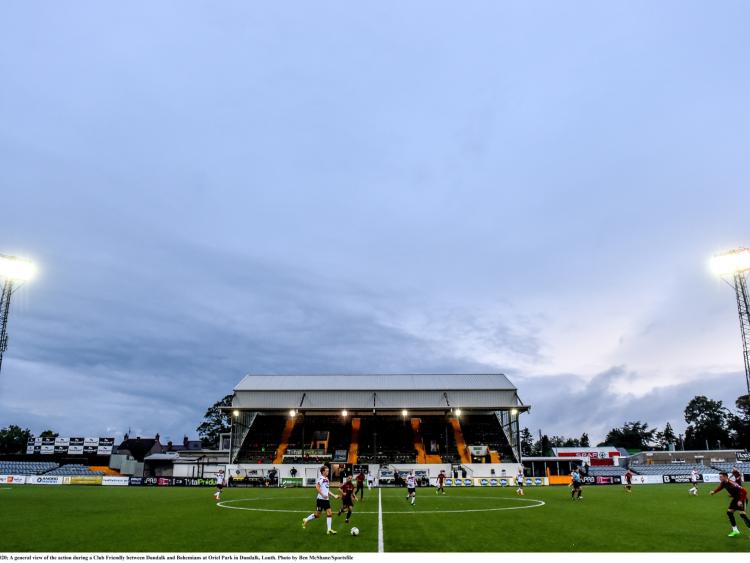 Patrick Hoban was among the goals as Dundalk FC stuck four past Bohemians in Tuesday night's friendly at Oriel Park. (Pic: Ben McShane/Sportsfile)

Patrick Hoban was among the goals as Dundalk FC stuck four past Bohemians in Tuesday night's friendly at Oriel Park.

The Lilywhites were much the stronger team on the Carrick Road and while leading by just Jordan Flores' penalty at the break, finishes by full-backs Dane Massey and Seán Gannon came prior to substitute Hoban heading to the net.

Bohs pulled a goal back in the dying embers, Promise Omochere coming off the bench to good effect, getting his name on the scoresheet.

Manager Vinny Perth will have been hugely satisfied by exercise, the home side's performance was impressive from start to finish, and the run-outs for as many as 20 first-team players.

Dundalk's next game sees them face Drogheda United at Oriel on Friday as their preparation for the campaign's resumption gathers pace.