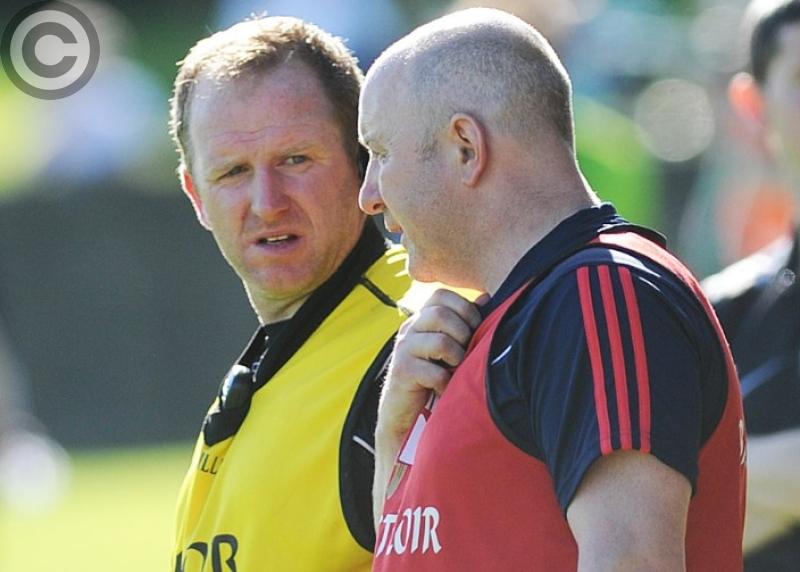 Ten years on, almost to the week, from the biggest disappointment of his football career, former Louth senior footballer Aaron Hoey got his hands on silverware when he won the Arkew Cup at Dundalk Golf Club.

Because of the Covid-19 lockdown and the subsequent phased return to golf, this was the first men’s competition of the season and it was played over two days, attracting an entry of 264 players.

While very few golfers managed to get around dry over the two days, those playing on Sunday faced the toughest conditions and Hoey, who played on Saturday, took full advantage as he carded an excellent round of 41pts to beat Tom Dunne (11) on countback.

Hoey opened with a three point par on the first and then played steady golf over the next five holes as he picked up two points each following three pars and two bogies. He then parred the seventh and eighth for three points on each before finishing the front nine with a two point par on the par three ninth.

That saw him turn on 21pts and after a two point par at the 10th he had his first double bogey of the day when he took a six at the index two 11th. He recovered with a par five on the 12th but recorded another double bogey at the par three 13th where he had a five.

Memories of Croke Park in 2010 might have been justified at that stage as the wheels looked to be coming off for the Knockbridge man. But, no doubt drawing on all his sporting experiences, Hoey dug deep and responded magnificently over the final five holes which he covered in 13pts.

His back nine of 20pts was enough to pip Dunne, another Saturday player, for the overall prize but Dunne had the consolation of taking the Saturday honours while Hoey’s fellow Knockbridge man and regular playing partner Pearse Murphy (18) showed he had lost none of his pre-lockdown form by shooting 40pts to take the Sunday prize by three points from Brian Óg Renaghan (5).

In order to adhere with public health guidelines, members were given the option of uploading their scores online and 60 per cent of those who played did so, thereby saving a lot of time for the tournament committee who would have had to upload those cards manually to ensure players’ handicaps were updated. It is hoped that more members will use the online in the coming weeks.

The GUI has announced a reduced inter-club programme for the rest of the year so team managers are currently checking on form across the club as they get ready for their competitions. We extend best wishes to all club teams over the coming weeks and hope that we can continue the recent trend of bringing provincial pennants back to Dundalk.