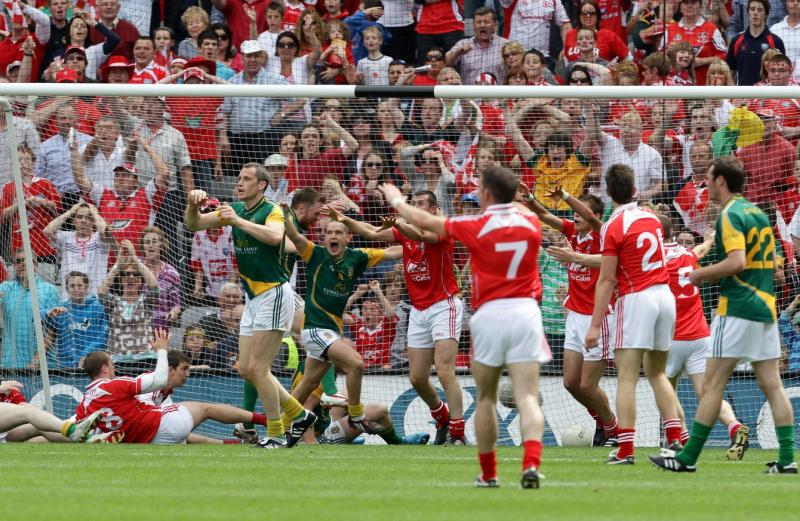 Saturday, July 11, marks the 10th anniversary of Louth’s Leinster final mugging by Meath, in which Joe Sheridan’s clearly-illegal goal at the Canal End of Croke Park was allowed to stand by Tyrone referee Martin Sludden. The Reds were leading 1-10 to 0-12 at the time, after JP Rooney had found the top-corner of the Meath net with 10 minutes to go.

The incident sparked mass controversy and saw Sludden being confronted by several Louth players, members of management and supporters at full-time. Team manager Peter Fitzpatrick labelled the whistler, ‘Dick Turpin without a mask’, as the county was denied its first Leinster title in 53 years.

Christy Cooney was GAA President at the time and in a wide-ranging interview with The Democrat’s Caoimhín Reilly, he reflects on a most damaging time for the Association in Louth.

CR: Christy, can you take me through what you remember from the 2010 Leinster final?
CC: Well, all I can remember is that a goal was scored; the referee made a decision with his umpires that it was a goal.
Everybody who saw it afterwards knows the answer to the question as to whether it was a goal or not, and Leinster Council, from what I can recollect, they had some discussions as an officer board, but because the referee was adamant, they could do little or nothing to overturn it because of the rules of the Association. 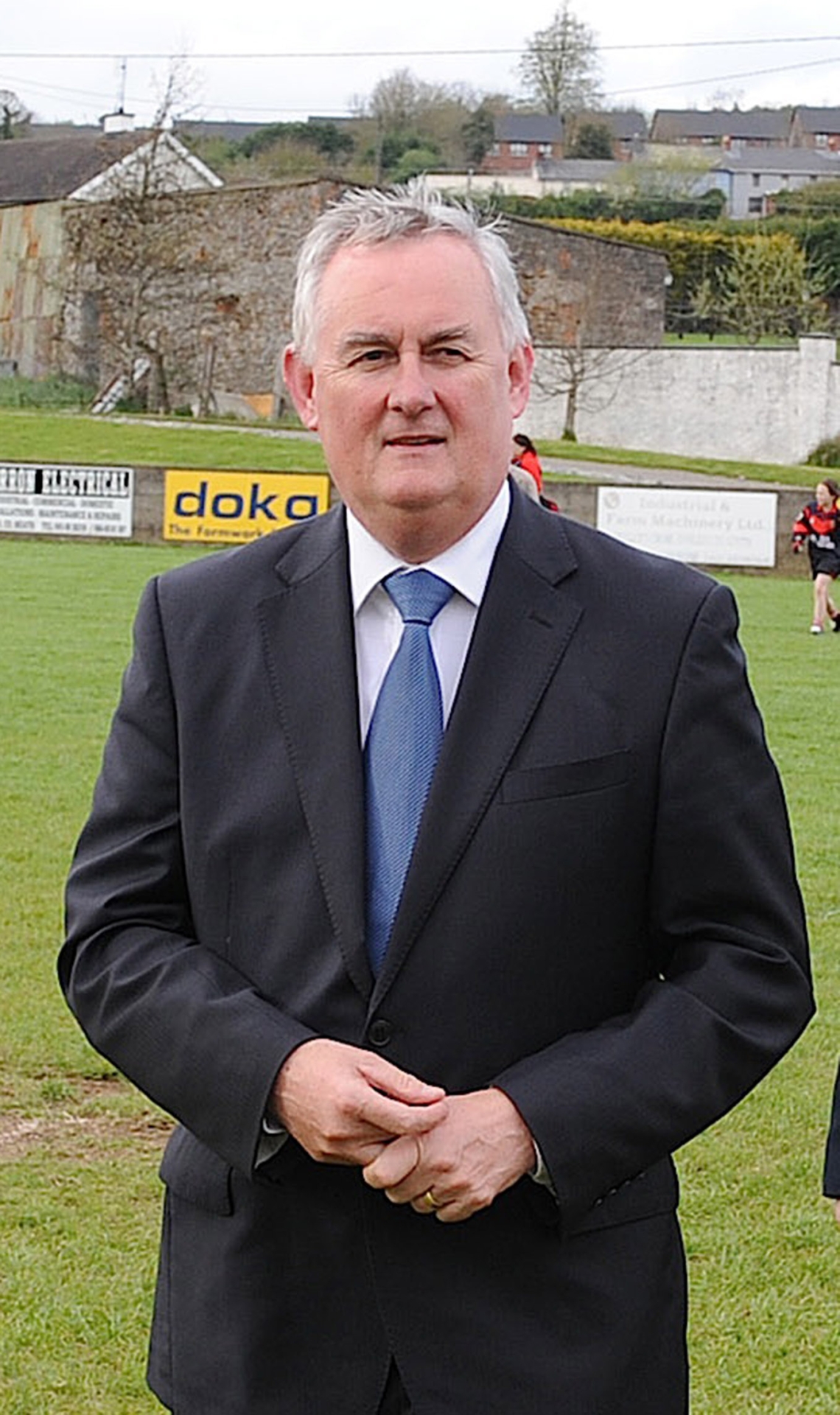 Now it was a very sad scene and very hard on Louth. I know the chairman of Leinster Council, the late Sheamus Howlin, met the Louth captain, Paddy Keenan, and the officers of Louth and had discussions at the time.

But I don’t think the entire episode did either county any good at the time. Either Meath or Louth. It was one of those situations that happened and everyone would much prefer if it didn’t, but at national level we had no control or ability to make a decision over what Leinster Council was doing because we would create a massive precedent in basically taking on to run a Council.

But, what happened shouldn’t have happened.

CR: Was there no precedent in the case of the 1998 All-Ireland hurling semi-final between Offaly and Clare? That game was replayed after the referee made a timing error.
CC: The difference there was that the referee admitted his error at that time, or at least that’s my understanding of it, and a decision was made to replay it; and both teams accepted that.

If everybody had agreed that there should have been a replay in 2010, and had the referee decided that he made a mistake, I’m sure Leinster Council would have refixed the fixture.

But my memory is that the referee was adamant about the goal and his report was clear. That’s only from memory, though; I haven’t seen the referee’s report recently.

CR: Typically, when does the referee’s report land?
CC: It could be the day afterwards or two days afterwards. It could also be that if there was a seeking of clarification that the officers of a County Board, provincial council or the national association would check with the referee sooner if there was any type of controversy. But usually the referee would have the report in within days because if there were any issues around suspensions or hearings or disciplinary processes, it would have to be in fairly quickly. 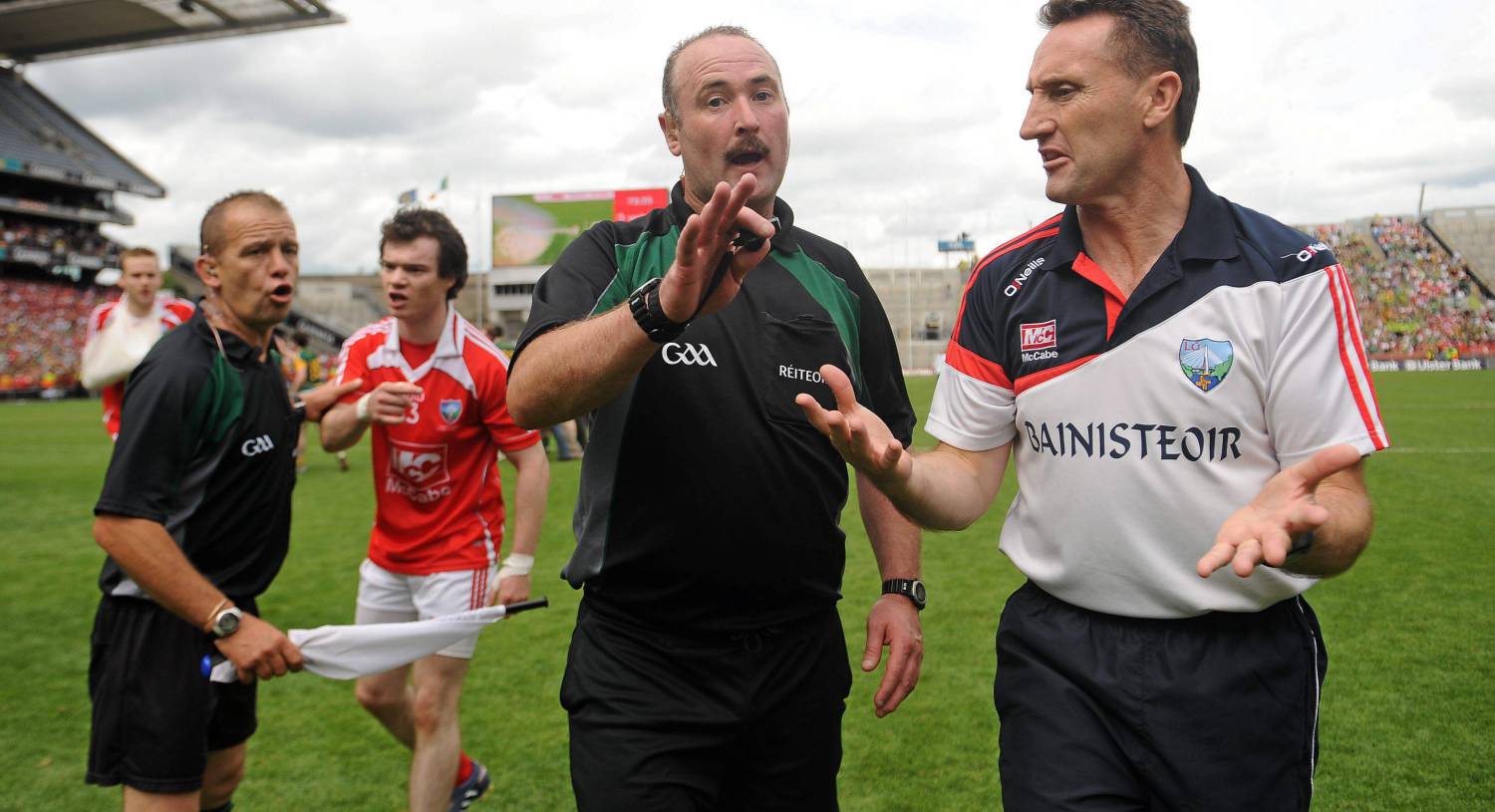 CR: There was a lot made of the ‘goal’ that night on The Sunday Game and social media; it was an incident that would have been viewed several times. So, in that context, before Martin Sludden had his report sent in, he surely would have seen that it wasn’t a legitimate goal?
CC: I don’t know that because I wouldn’t have been directly involved in the process. It would have been a matter for Leinster Council. I wouldn’t be aware of what discussions Leinster Council had with the referee. It wouldn’t have been appropriate for me to be involved with it.

CR: In that sense, then, do you think it’s unfair that the GAA were ultimately lumbered with the pressure of making a decision when it was something for Leinster Council to adjudicate over?
CC: It wasn’t our position to adjudicate over it; it was a matter for Leinster Council. It was never lumbered on the national association because the game wasn’t within our jurisdiction.

CR: But there were calls for you to intervene. Would you accept that?
CC: I don’t know.

CR: There were external calls for the GAA to act. Even now, people’s grievance, certainly from within this county, is with the GAA as opposed to Meath.
CC: It’s 10 years ago and I don’t think you’d expect me to remember that really.

CR: You say you were at the Munster hurling final in Thurles that day. Was it a case of you watching the Leinster final or did word just seep through that there was controversy?
CC: I just heard it. I wouldn’t have been watching it because I would have been travelling to Thurles. I probably saw it on The Sunday Game that night and I know I did an interview some days after it with Marty Morrissey.

But, at the end of the day, once the referee’s report was submitted, a lot of people’s hands were tied. And that’s tough for everybody, I know.

CR: Your own time as Uachtaráin, that was a major flashpoint in it.
CC: Nobody wants an incident like that, at club or county level. I’m sure Leinster Council would have wished that it never happened and, as I say, I’m not aware of what discussions took place between Leinster Council and both counties and the referee, but it’s clear that the match and result stood; there was a lot of hurt as a result of that and I can understand that perfectly. Everybody knows that the call wasn’t right.

CR: The All Star awards that year, Paddy Keenan became Louth’s first-ever All Star. You had the privilege of handing out the award, the feeling, particularly around Paddy, did it seem more sentimental that a Louth man was being honoured?
CC: Paddy was an outstanding player and I know that Sheamus Howlin met him on a one-to-one during the time and explained the situation. It was a great honour for me and a great honour for Paddy. It was a special night for him.

CR: There’s a suggestion that had Louth been a bigger county, there may have been a different mode of practise. How do you respond to that?
CC: I would say that that’s unfair and I don’t believe that Leinster Council would have dealt with any other county in Leinster any differently. If it was true and a bigger county was treated differently, I just think, what’s the point in having an Association? What’s the point in trying to do things right and be fair to everybody? I don’t believe that because it was Louth, it was treated any differently than anybody else. I don’t accept that at all and I think it would be unfair for anybody to make that accusation.

CR: In 2011, the Queen paid a visit to Croke Park. Several dignitaries were invited along and it has stuck with people that Joe Sheridan was invited that day. Joe has retracted the statement but he came out after the Leinster final and said that it was a perfectly legitimate goal. From a Louth point of view, his invite didn’t go down well.
CC: The players that were invited were selected by the GPA. We asked them to select them because it was a players’ issue. I don’t think the GPA were putting a slur on Louth by inviting Joe Sheridan; I’d be surprised if anybody was being vindictive like that, I couldn’t see that and I would hope that nobody would see it that way.

I’m astounded by that, to be honest, and I know how a person could see it, but there was no intent in that. It was Dessie Farrell who was chief executive of the GPA and Dessie is a very honourable guy.

CR: That was our All-Ireland. It could’ve made such a difference.
CC: The former team manager, Peter Fitzpatrick, is back in there now and I think he’ll do a decent job. He’s very much his own man and I think he’ll make a significant contribution in the chair.

CC: Is it still an active debate, 2010, in Louth?
CR: It is and it is extremely hurtful to this day.
CC: I can understand how there would be hurt. There’ll always be hurt and anybody being human, it would be wrong to say that they couldn’t understand the hurt. But I would hope that Louth would move forward in a positive way and continue so that their clubs and county can become strong and compete. That would be good for football and good for Louth.