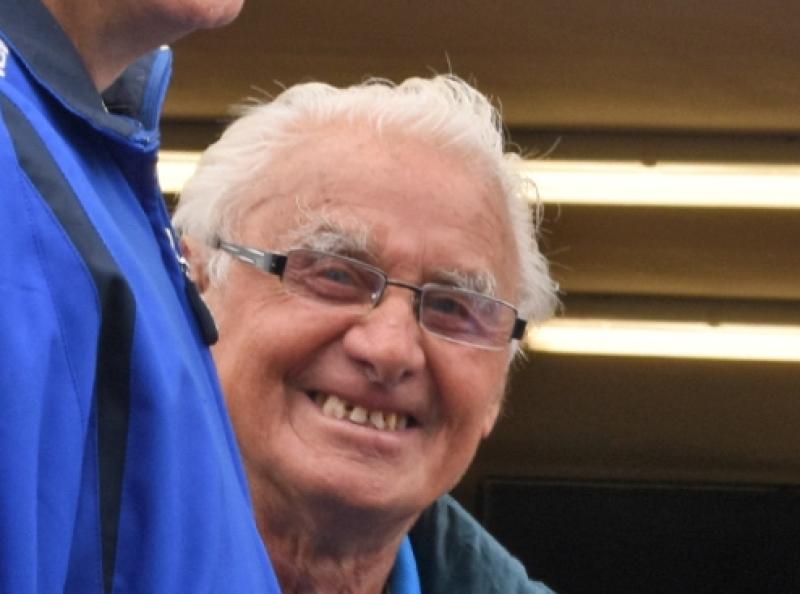 As was the norm, Seánie Coleman joined us for the Tuesday night get-together in Kennedy’s after we had come up from a Gaels club meeting.

As was the norm, Seánie Coleman joined us for the Tuesday night get-together in Kennedy’s after we had come up from a Gaels club meeting. He was feeling tired.

“What’s wrong?” someone asked, “was the going tough on the golf course today.”

“It wouldn’t have been had I not been too ambitious. I went out for a second round, and it’s telling on me now.” That was about two years ago. On the Thursday before last Seánie celebrated his 90th birthday.

There was a small gathering out the back of his house in McDermott’s Terrace to mark the occasion. Had restrictions not been in place, there’d have been a mightier shindig. Still, it was fun, with the singing particularly good. The young-at-heart birthday boy – as those who know him would come to expect – was the one to reach the highest notes with his sweet tenor voice.

Seánie holds special place in our club. He was born just two years after it came into existence – two of his uncles, Paddy Coleman and Willie Lawless, were among the founding members. The family link has been maintained throughout our 92 years, with only the McDonnells – the late Tony’s uncle, Tommy McDonnell, was another to attend the inaugural meeting – able to make the same claim.

Seánie has a distinction of his own being one of the county’s oldest surviving holders of a county senior championship medal, figuring on Gaels’ winning team in 1952. He’s in company with the likes of Johnny Ross, who won the first of his medals with Ardee St. Mary’s in 1948.

A couple of years later, Jim McArdle was on the Young Irelands team that beat Drogheda side, St. Magdalene’s in the final, and before adding to this success – with Roche Emmets, in 1958 – the man chosen at centre-half on Louth’s team of the millennium, lined out on the Stabannon Parnells side narrowly beaten by St. Mary’s in the 1955 final. What a treble that would have been.

Seánie was on the wing on the day Gaels beat Dowdallshill at the Athletic Grounds, forming a very effective rightside partnership with his lifetime buddy, the still hale and hearty Bertie Dullaghan. He claimed all of the second half’s scores, three points, in his side’s 0-8 to 1-2 victory.

His football-playing days over, Seánie took to team management, and in 1962 guided our minor side to championship success. He has also sat on committees.

It can be said with certainty, therefore, that he has served his club – and the Association – well.

Birthday greetings, young man. The hope is that we’re all around to help you spend it, when the ‘chicken’s neck’ makes its way down from Arás an Uachtaráin.