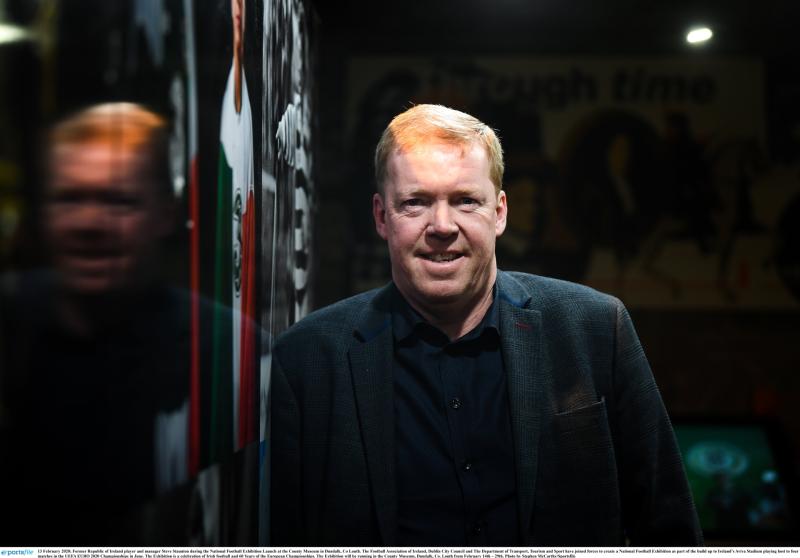 Many others at sportsdesks – or whatever passes for them in these now semi-lockdown days – are having their say on 1990, so I suppose I’d better give it a go. I may not have been in the first full flush of youth back then, but I was 30 years younger than I am today. Where have those three decades gone?

The excitement throughout the country was at its height when I went down to Newbridge to cover a Leinster minor championship semi-final. Louth, already winners over Meath and Dublin, were out against Kildare and, need it be said, were unlucky not to get the decision. It was good at half-time but exasperating at the finish.

Dublin, still a force at the time – they had that epic with Meath the following year – played Wicklow in the senior match which followed, and more commented upon the day after wasn’t so much the quality of the football but the very poor attendance. The prophets of doom were out in force.

As had been the case 20 years earlier when Pele, Jairzinho, Rivelino and the rest of a brilliant Brazilian side dazzled their way to a World Cup win in Mexico, there were people – some of them quite sensible in other matters – who were predicting the demise of the GAA. “It’s finished,” a workmate said to me. And he was deadly serious.

Since then, Croke Park has been upgraded to become one of the great European stadiums, twice yearly housing a crowd of over 80,000, and, when the girls are having their big day, the attendance is around half that. There are more playing the games than ever before, especially in Dublin, where, it has to be said, there would have been more youngsters – and veterans – wearing green rather than sky-blue jerseys back in 1990.

So, anything else about the year under review? Well, Cooley Kickhams won the Louth senior championship for the second season running, beating Clan na Gael in the final, Joe’s took the intermediate, and, yes, a young man who would almost certainly have been in the Clans team had he still been playing Gaelic football, was strutting his stuff on the continent.

Stephen Staunton did his town and country proud at Italia 90 – and again four years later.