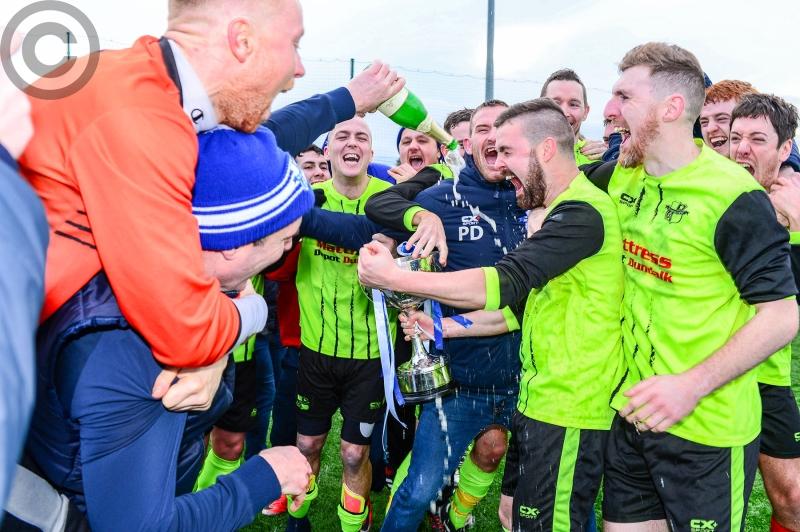 Five local clubs, including Dundalk neighbours Muirhevna Mor and Bay FC, have been paired in Group A of the North-East Football League’s revised season programme, as confirmed by fixtures’ secretary Gerry Gorman on Tuesday night.

The altered format involves all 2020 Premier Division, Division One and Division Two clubs and sees teams allocated to four groups of eight depending on both their league status and regional situation.

Therefore, after playing their seven pool games, the top two in each division will progress to the quarter-finals of the Tully Bookmakers Challenge Cup, the third and fourth placed sides have the Kilmessan Shield to play for, while teams ranked five and six join the others in the hunt for Fitzsimons Cup glory.

The bottom pair from each group will drop into competition involving Division Three and Four opponents, who will play their preliminary stages in similar pots containing reserve teams from the higher ranking clubs.

Action is expected to begin on the weekend of August 10, with games continuing until November and into December, if deemed necessary.