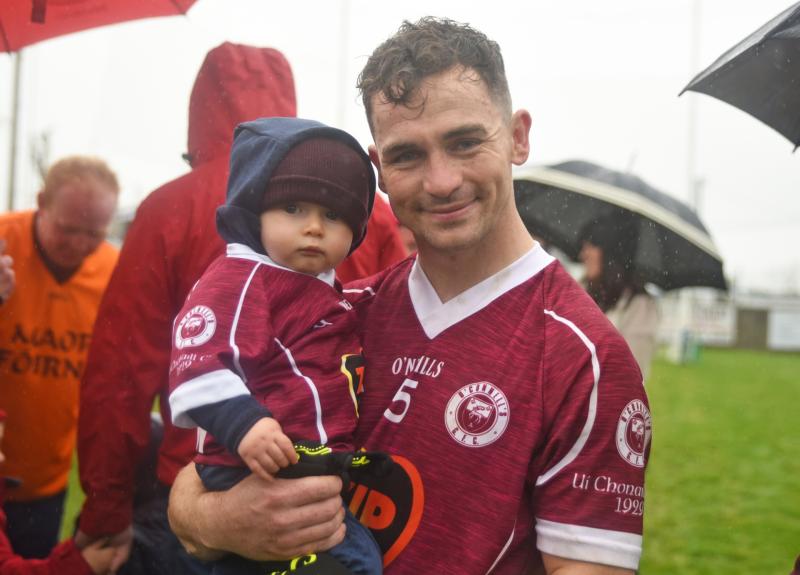 Jackie Agnew had never run a full marathon distance until completing it twice and more over the weekend.

The Castlebellingham native, who now lives in Blackrock, took on the 100k in a day challenge to coincide with the hugely successful June campaign run in aid of Breast Cancer Ireland.

Organised by local couple, Niall Carroll and Cara McAdam, the 100k in a month walk/run has so far raised over €1 million and Jackie’s aim was to just do his bit for the staggering effort, along with trying to conquer an extreme pursuit.

“Firstly, it was to raise much-needed awareness for Breast Cancer Ireland and the event which Niall, Cara and the team have set-up, 100km in 30 days, it was to raise funds for that and to promote it coming into the last weekend,” Agnew tells The Democrat, outlining the reasons for last Saturday’s excursion.

“I’ve never done a marathon before, I’d never actually done over a half-marathon distance. With work we do a lot of treks, going over the mountains, and probably over a day or two you might clock up 40k with gear and boots on you, navigating through different terrain.” 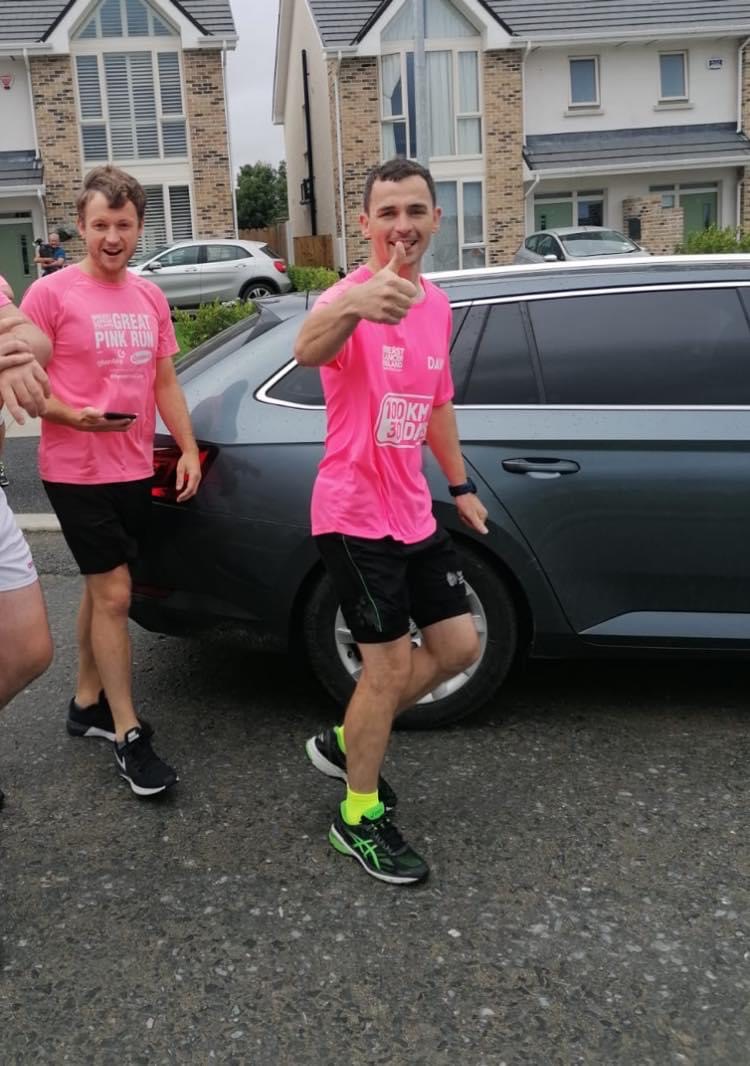 The entire course was over 15k clear of the double marathon mark and took him roughly 19 hours 45 minutes from start to completion, over half of which includes actual running time.

Hence, he began at midnight on Saturday, finishing that evening having been helped through the final six hours by Turlach Cotter, among others.

“I didn’t think it was going to be achievable to do the 100k without taking a break,” Agnew added. “I broke it down into 6ks, 5ks and a 10k, and the last one was an 8k to finish. That gave me enough rest to recover and get food into the body to go again.

“So it didn’t just happen overnight. With no football and the gyms being closed, I like running to keep fit and I turned 31 in April and there is a David Goggins challenge that I was looking to do. He runs four miles every hour for 48 hours, so I was training for that. I got through part of the training for it but my knees just weren’t ready for it; it was too much of an overload.

“I kept up the running and come June, this challenge was great because I did 150k in two-and-a-half weeks leading up to the 100k in a day, which put the miles in the legs.

“There’s an ‘ultra-ultra’ and they run four miles every hour on the hour until there’s a winner so I started to research that and found that in the 30 minutes you’re not running, your body doesn’t cool down enough to get too stiff.

“I knew that if I kept my window as short as possible my muscles wouldn’t go into a state of recovery.

“I’d 30 minutes off per time. At night I probably got about eight minutes’ sleep. I was stretching when I got back but the big thing for me was that I needed to eat. I knew I was going to burn between 6,500 and 7,000 calories so I needed to eat 10,000 calories from start to finish. I’d a nutritional plan made out.

His partner, Shauna, he insists, played a major role in the event, while still managing to look after their kids, Isaac (3) and five-month-old Bea, having meals and fresh clothes prepared on Jackie’s every return to the house.

This support, along with the various running mates, including Niall and Cara, and his physical and mental strength, which stems from his career in the army, contributed to the effort’s success.

“Thinking about all the men and women who are being helped by Breast Cancer Ireland; it was in my head, ‘this is what you’re out doing it for. It’s not going to be easy but in terms of what they’ve gone through, it’s nothing like it’. That grounded me and it acted as a bit of fuel, I suppose.”

How does he feel?

“There’s a bit of pride; it was a great achievement.”

And with his O’Connell’s manager, Wayne Callan, having been there to see him across the finishing line, he got to thank the gaffer for his contribution to the 100k.

Agnew quipped: “Wayne’s training programme that he’s been sending out over Whatsapp definitely helped, but I’ll have to get back into a bit of strength training for football starting up.”

“There’s talk about the 200k in a day, but I don’t think the body will be able to take that on. If they run with it next year, and I hope they do, you never know what we might be able to come up with to challenge the body again. Football might give out about it, though!”

So far Jackie’s selflessness has raised in excess of €2,300, but you can continue to donate to the overall cause online.