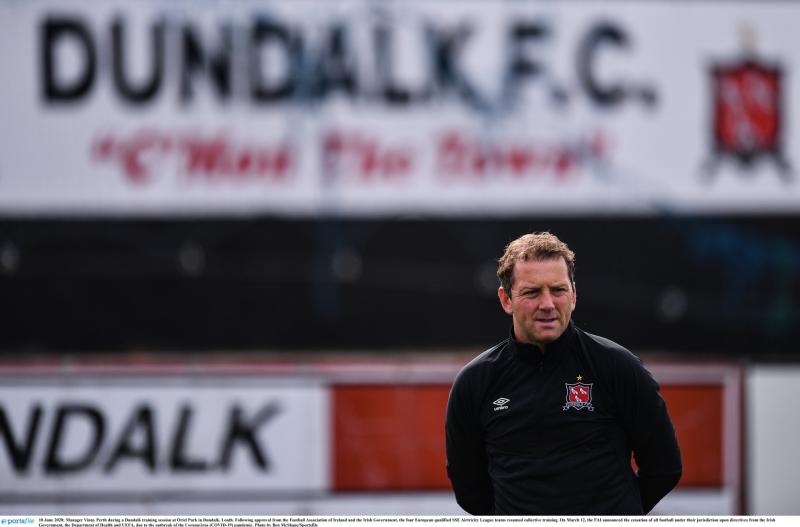 It’s since been learned that Dundalk may also be asked to forgo their prizemoney of €100,000 for winning the league and an amount in the region of €50,000 owed to the club from a UEFA solidarity fund.

Dundalk being asked to subvent the start of the League of Ireland season, with a payment of €100,000 from money due from UEFA for winning the league last season, was the main feature standing out for me from plans by the FAI to kick-start the season.

Derry City, Shamrock Rovers and Bohemians were also asked to pony up the same amount as part of the finance needed to reawaken the season from its slumber.

It’s since been learned that Dundalk may also be asked to forgo their prizemoney of €100,000 for winning the league and an amount in the region of €50,000 owed to the club from a UEFA solidarity fund.

Thus, The Lilywhites may be asked to pay a total of a quarter of a million euro to restart the season.

Shamrock Rovers, Bohemians and Derry City may also be requested to return their league prizemoney and UEFA solidarity fund sum as well. 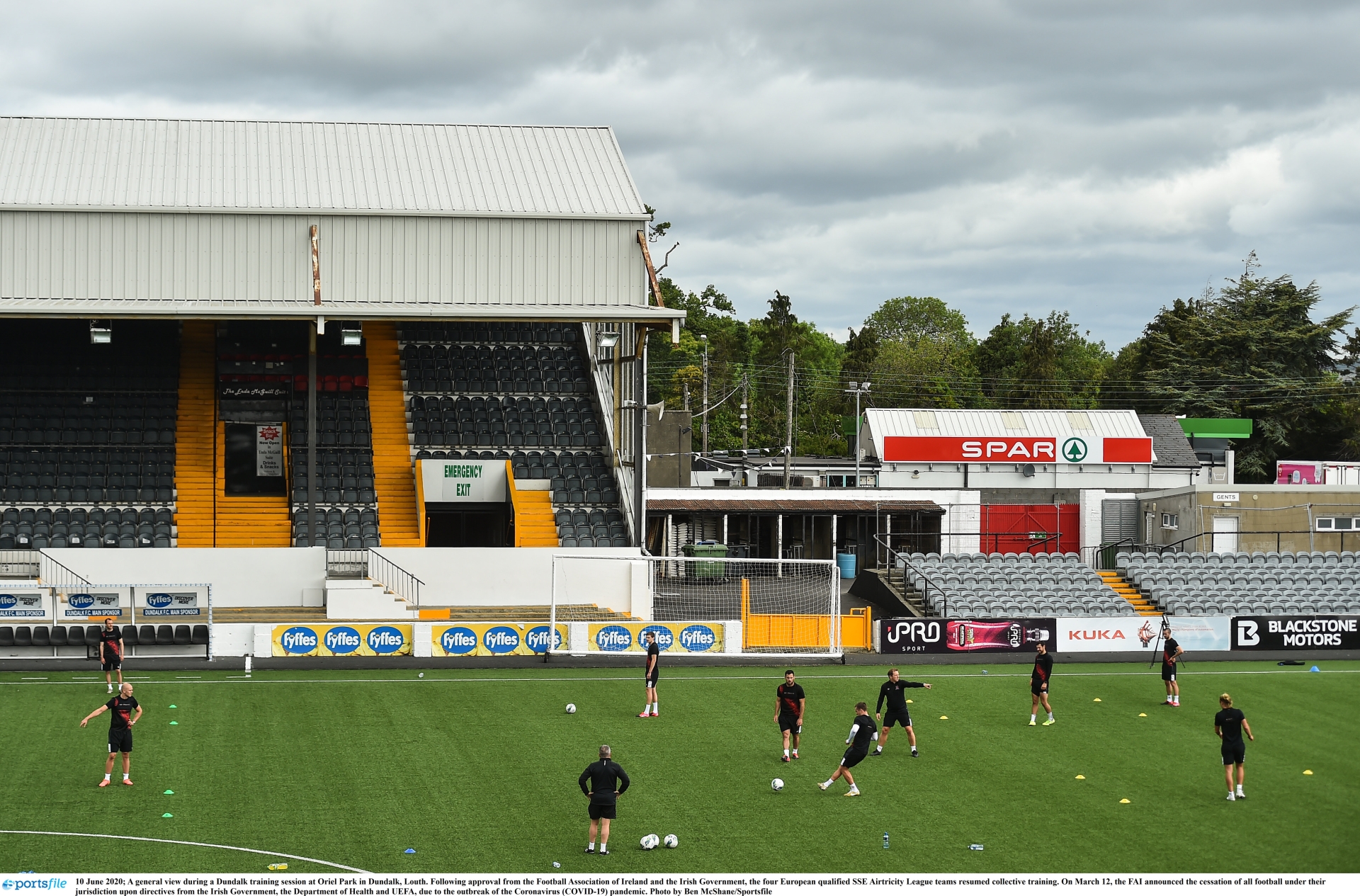 First Division clubs are being asked to forgo solidarity grants and receive a lesser sum.

The proposals, including the one to levy Dundalk, were made by the FAI’s interim CEO Gary Owens and interim deputy CEO Niall Quinn.

Dundalk’s money, if handed over, along with Derry, Rovers and Bohs’, is to be used to partly finance the costs of hosting games in both divisions behind closed doors at neutral grounds.

The cancellation of the four-team tournament between Ireland's European clubs is also being looked at by the FAI as a way of saving money.

Ironically, the situation involving the Irish European qualifiers has created a situation where the teams with the largest running costs, ie. the aforementioned four, are in line for a greater level of the compensation pool from the FAI as each of them have put in a projected loss of income from behind closed doors games and a curtailed season.

Yet they must stump up a contribution to the pot that is necessary to see the restart of the season. 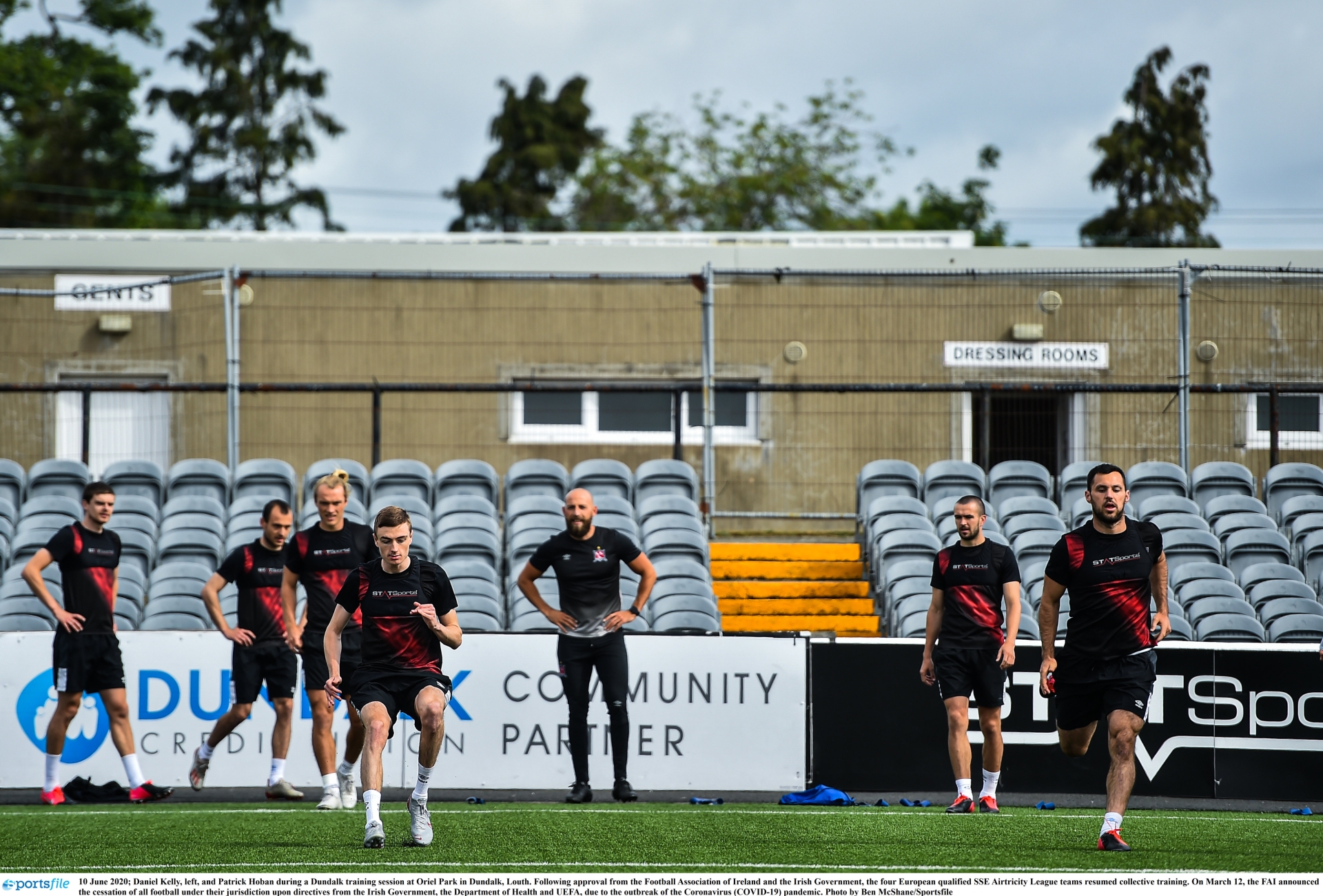 For me, there is no way Dundalk should hand over any of their valuable money to the FAI. The total submission from the Oriel Park club may be €250,000. This finance could be used on a capital budget for Oriel rather than a current one. The money would, in other words, be much better spent on improvement works to the Carrick Road stadium.

This organisation, the FAI, is in dire straits financially. But that is not Dundalk’s fault. The FAI has been mismanaged financially for years and as they have got themselves into a hole, it’s only they that can get themselves out of it. To try to bleed Dundalk, Shamrock Rovers, Derry City and Bohemians of their rightful earnings is a complete and utter disgrace.

I’m sure the money could be used by Dundalk to improve the toilet facilities at the club and equally the hand washing amenities, along with access to these facilities, which could be upgraded by additional entrances. Safe hygiene facilities can be put in for home and away supporters with this money.

The money, of course, could be used for the current budget and cater for everyday spending such as wages. But spending to improve hygiene facilities is far more important given the terrible Covid virus we are battling. 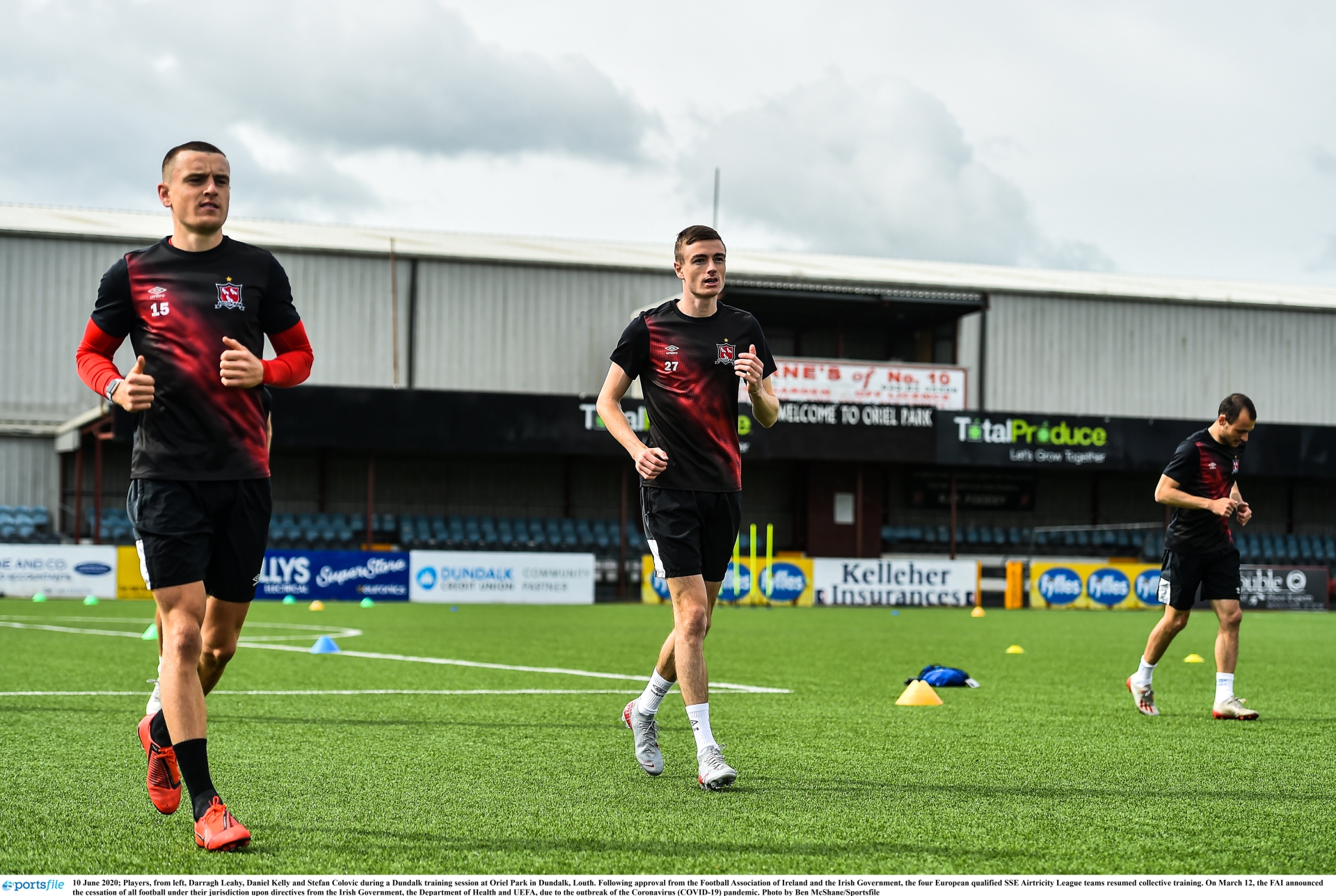 And, to be frank, the FAI wanting to take money off clubs because they have been successful is a tax on their success.

The four European qualifiers going forward should be very prudent with their money. Look at Shelbourne, Bohemians and Drogheda United and how they hit the big heights but overspent. In the end the cost of being successful brought them down from their towering echelons of power in Irish football with two out of the three eventually being relegated to Division One.

Bohemians have made a good comeback and Shelbourne are also back in the Premier Division having spent many barren years in the second tier.

Dundalk do have a very high current budget, while they’re financially sound. However, the owners, Peak6, must look around at other clubs and see how they fell from power because too much money was spent on day-to-day costs, like wages, and the number of employees these clubs had on their books. A club’s fall from grace at the top of the pile in soccer is easy. Dundalk and other clubs, I’m sure, will not allow that happen again.

Amid all the talk of the resumption of the league, clubs are becoming increasingly hopeful that they will eventually be able to host games in their own facilities with restrictions on the crowd numbers in place.

That has to be dependent on whether they have the proper hygiene facilities, passed by the health officials and, of course, on the status of the health situation countrywide at any such time, though.

It was great to see Dundalk back at training fully last week. The positivity improved when players and staff at the club saw their latest Covid tests return a negative result. Shamrock Rovers and Derry also reported negative tests, while Bohemians await their results. 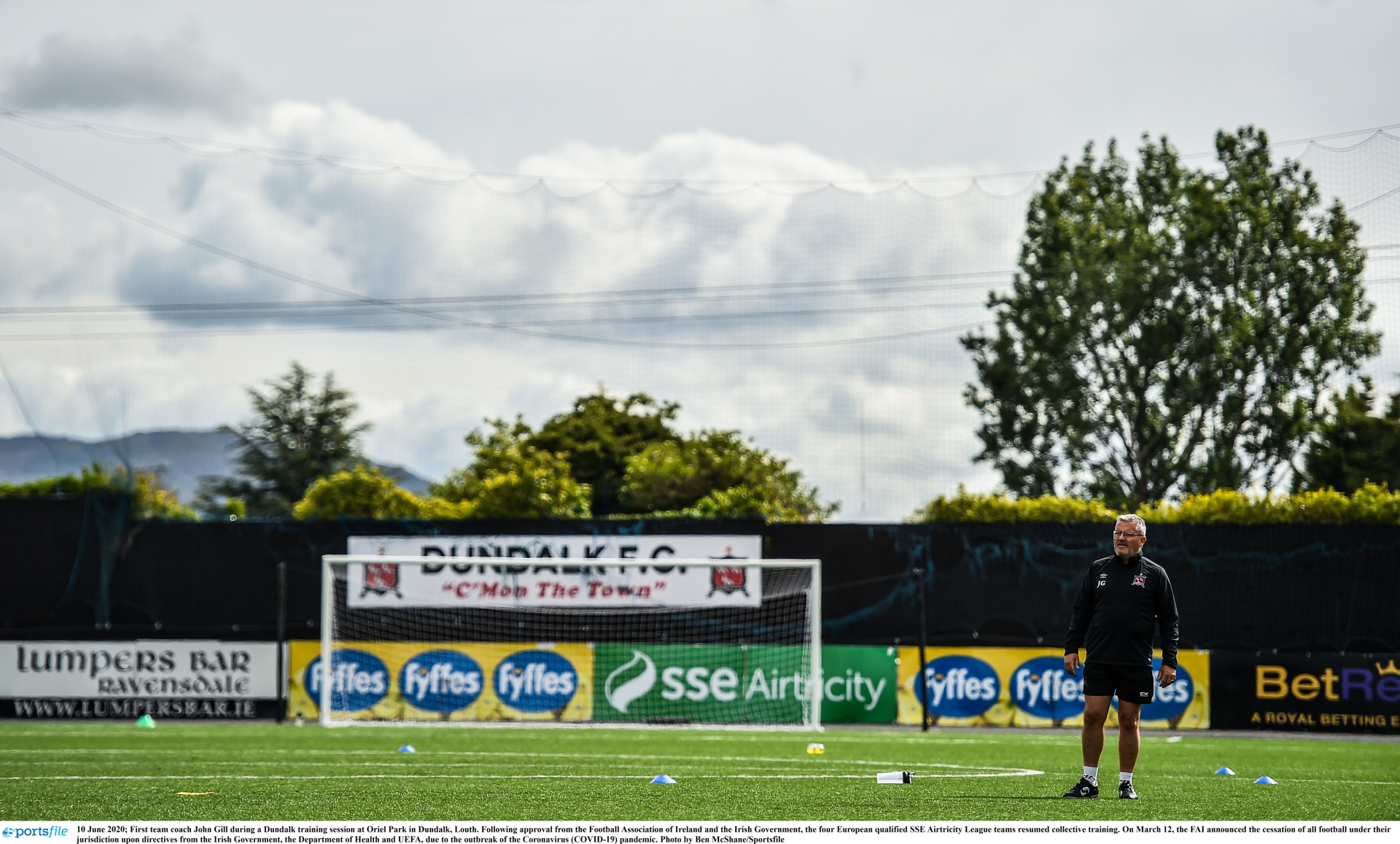 It was great to read that Tallaght Stadium has got the go-ahead to be transformed into a UEFA Category Four venue capable of hosting Champions League group matches.

The capacity is to increase to 10,000 following South Dublin County Council’s announcement of a €7.7 million upgrade. The new Tallaght Stadium will be able to host 20,000 people at concerts and festivals once upgraded.

How I would love to see Louth County Council give Dundalk funding to upgrade Oriel. And before the criticism rails down on me I’m not talking about a stadium like Tallaght. That’s owned and paid for fully by South Dublin CC.

Louth CC are never going to finance fully a total redevelopment at Oriel. But look at the Sligo Rovers model. That club has developed a fine stadium from fundraising in the community and the club finance itself.

I see no reason why widespread fundraising among the local community and funding from the owners can’t see us having a fine stadium at Oriel.

And there is no reason at all why the development of Oriel can’t stop the continued success on the field. The club’s owners have the finance to partly contribute to a new Oriel. The community, through fundraising, can pay for the remainder needed.

The difference between success and failure in sport was pointed out to me a few days ago by a person well-known in sporting circles. Dundalk rose Pheonix-like above the ashes in 2016 after getting the result they needed to advance to the play-off round of the Champions League. It sent them on their way to eventually qualifying for the group stages of the Europa League.

But had Dundalk not got the result they wanted in Iceland I understand that financially the club would never have been able to afford the money needed to make them the aristocrats of League of Ireland football once more.

This week the club must say no to the FAI’s request of handing over prizemoney to fund the national organisation. It’s an absolute disgrace that we see our club and other top clubs being literally punished for being successful, while also contributing money to an organisation that was in a disgraceful situation just a short time ago.

Talk to you next week. And, for God’s sake, please, everybody, be careful out there.