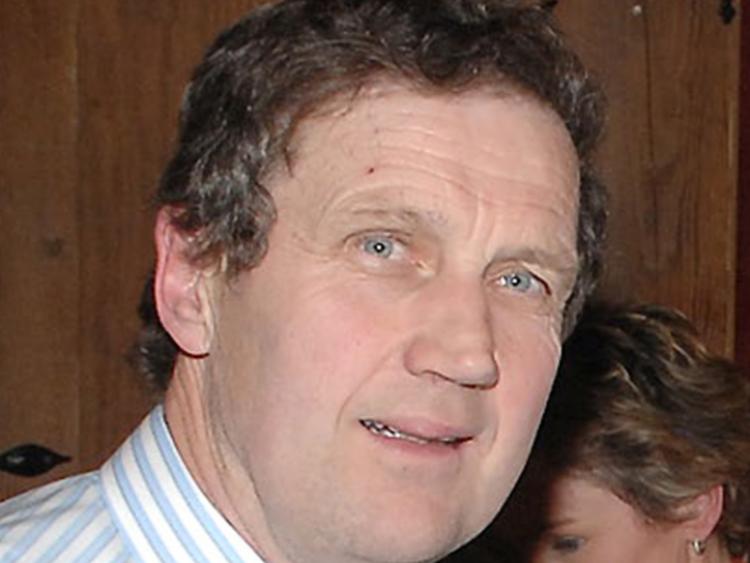 Thomas Clare is a lifelong Lannléire clubman and is currently involved in the fundraising for Louth GAA's new stadium in Dundalk. (Pic: Arthur Kinahan)

FIRST MEMORY OF YOUR CLUB
My very first memories of Lannléire were of always being on the line (ie. a sub to the uninitiated). It was about a hundred years ago and it seemed like waiting for Godot to ever get playing. It slowly improved after a while.

BIGGEST RIVALRY & WHY?
Of course our biggest rivals were always fellow parishioners St. Kevin’s but in the end we always seemed to share the bragging rights pretty evenly.

MOST MEMORABLE WIN
Way back in 1992 at Mattock’s grounds: Lannléire and St. Kevin’s lined out for what may have been one of the biggest parish clashes between the two teams. Lannléire, on that occasion, came out on top of a really tough encounter, but every man on the pitch that day shook hands and gave of their best.  Most Lannléire people would say this was way up there in big wins but my best and proudest was as an assistant mentor to the club’s Junior Two team who subsequently won a Rannafast Cup against all the odds; with a team of young fellas who never knew when they were beaten. As quite often happens the less celebrated and less well-known guys who show the rest of us how it’s done. It was nothing less than inspirational to watch and work with young fellas who gave it their all, for themselves and for the jersey.

DREAM LANNLÉIRE XV
Lannléire's senior final side of 1998 were absolutely phenomenal as a footballing team and most of them would be on my dream team.

We recently lost our ever-present clubman and many times manager Mickey Murphy. I never really saw Mickey in playing mode but he sure represented all that was good about Lannléire and what it meant to be a part of the GAA family in our wee town.

YOUR LANNLÉIRE IN THREE WORDS
Lannléire are magic - magic in every way, and we don’t need anybody to tell us!

LOUTH MEMORIES
My former schoolmate, Mickey McCabe, rates in my mind as one of the best-ever Louth footballers; just a great guy all round.

Lads like Seamus Haughey, Ken Reilly, Seamus O’Hanlon, Pat Mulligan, John Osborne, Stefan White, Aidan King, PJ Callan, Eugene Judge, Gerry Farrell, and Johnny McDonnell were all the look-up-to guys of my generation. Blood, sweat and tears, they were guys who gave everything for the county jersey and just phenomenal lads who were great to be around.

I couldn’t start to position these guys in a county team because they could literally play in any and all positions. A bit unusually my greatest admiration was always for the various county junior teams and it’s often forgotten how well they have done over the years. I particularly remember one Louth junior team, trained and managed by Tony Hoey of St. Bride’s, that almost went the whole distance in the All-Ireland run (I suppose it’s about a hundred years ago, or so. Sorry, Tony).