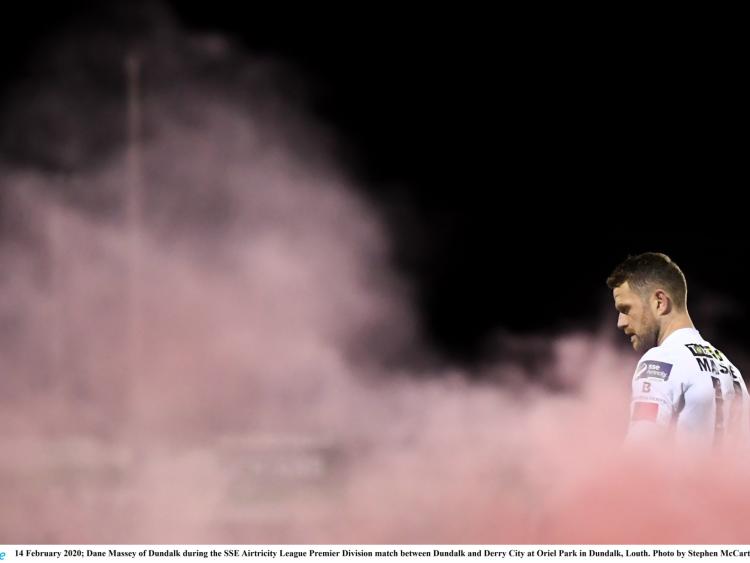 Thursday is crunch time in relation to a decision on whether the league season can be saved, with the FAI to meet with clubs to see if their rescue proposals can be accepted by the club. (Sportsfile)

Thursday is crunch time in relation to a decision on whether the league season can be saved, with the FAI to meet with clubs to see if their rescue proposals can be accepted by Premier and First Division clubs.

The news that the country was being opened up much earlier as a result of the huge weakening of the virus and confidence that it can be contained has increased hopes that, after all, we will see the completion of the season. In saying that it will still mean games will be played at neutral venues and behind closed doors.

As I mentioned last week, the number of games would also be scaled back considerably with just 13 matches to play in the Premier Division - five games have already been played. Eighteen games will be lost with the abandonment of half of the season.

The alternative does not even bear thinking about. However, cold water has been poured on the above proposal. It was reported last Friday that should clubs not agree to a resumption of the season that literally two seasons would be played in one. The report indicated that the first 18 games of next season would decide who would represent the League of Ireland in all European competitions for season 2021/’22. The last 18 games would then decide who represents the country for the season 2022/’23. 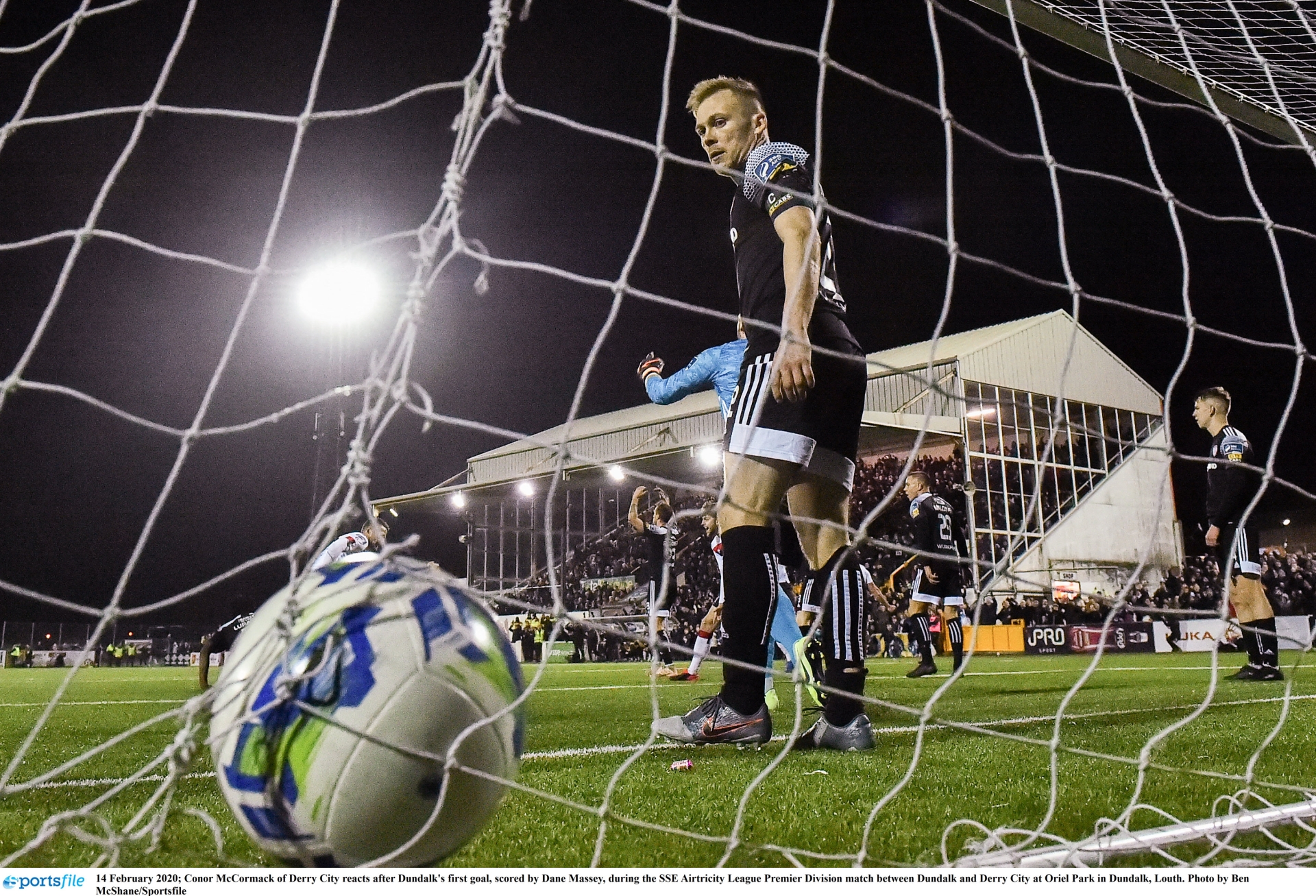 This would be a disaster and make a mockery of soccer in the country. No title would be up for grabs in the second part of the season and clubs who don’t wish to finish the campaign could opt to do so. Sides who wish to resume the season could do so by playing in a mini-competition with nothing bar pride to play for.

The four League of Ireland clubs involved in Europe are already due to play in a mini-tournament next month. Shamrock Rovers, Dundalk, Bohemians and Derry City will be involved.

Cold water has also been poured on the two seasons in one idea for next year, though, and the FAI are believed to be confident they can persuade the other clubs to resume the league with a mid-August comeback time being mooted.

Indeed, they are very confident that the package they have to offer will result in a full resumption of the Premier Division and Division One. Thursday is a crucial day.

Dundalk players began training in familiar surroundings at Oriel Park yesterday after they and the other three European representatives were given the all-clear in the second Covid-19 test results. The outcome from all players and staff were the same as in test one.

The Lilywhites, like the other clubs, are allowed to train on a staggered basis in groups of 10. Initially, it was planned it would be non- contact training in groups of five. But the new guidelines are a huge boost to Vinny Perth, even if preparations must still be carried out under very strict conditions. 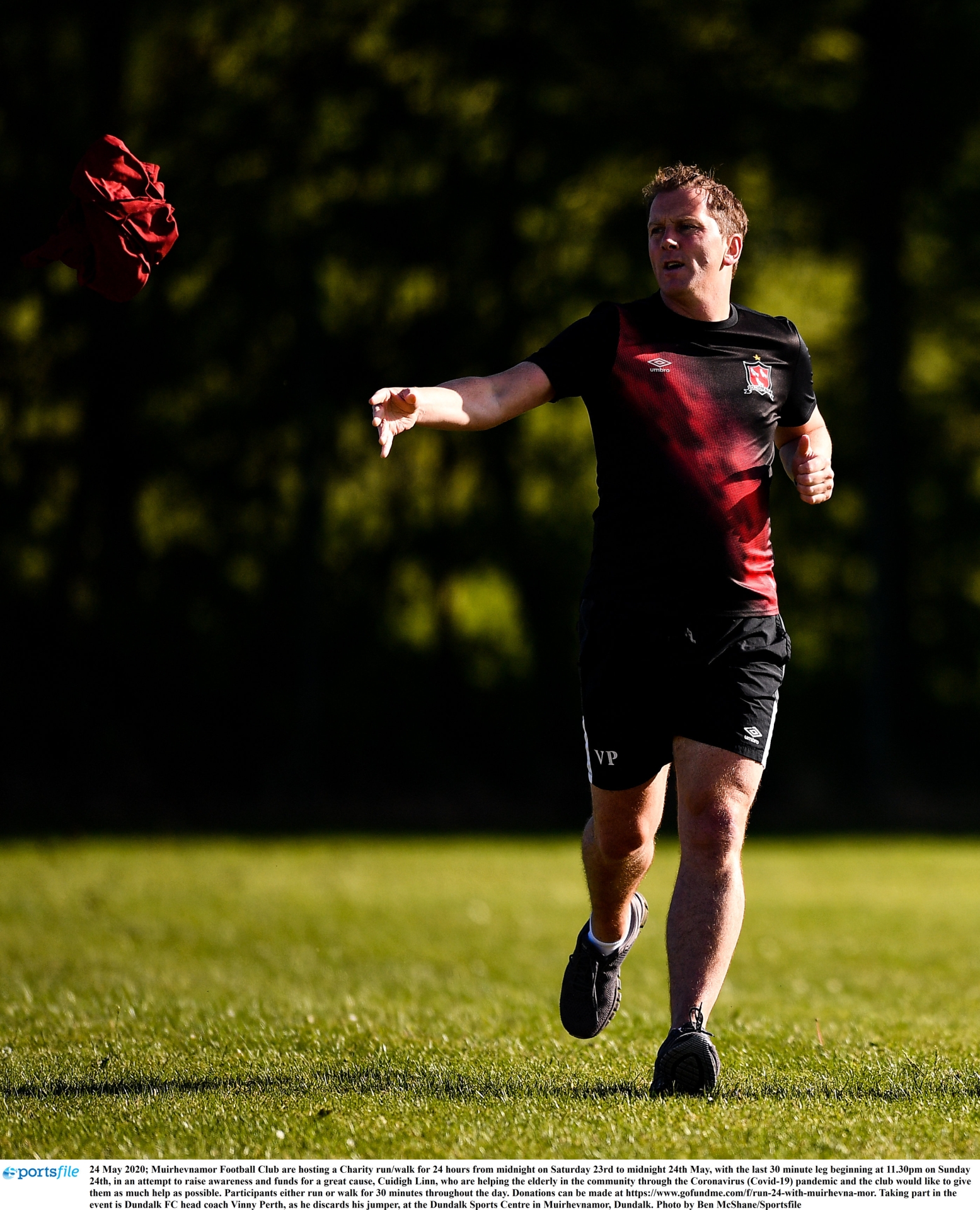 Players and staff were subject to another Covid test yesterday and will undergo the same process again next Thursday.

Four League of Ireland clubs will be playing in Europe next season. It had been feared that Bohemians and Derry City may lose out as it was anticipated that UEFA would reduce the number of teams in the Europa League qualifying rounds. That will not now happen. Europa League ties will be played over just one game. Dundalk will still play two legs in their Champions League first round venture. Winning this tie would net The Lilywhites €1 million and a guaranteed spot in the Europa League should they lose their second tie.

On the team front, it has been suggested that former Waterford manager Alan Reynolds could be on his way to Oriel as Perth’s new assistant. This follows the departure of Ruaidhrí Higgins to join Stephen Kenny’s Republic of Ireland senior team backroom staff.

Dundalk released details of their trading accounts for 2019 last week. They recorded a loss of just over €1.2 million for the year. The figure has doubled from last year when it was €676,000.

One of the major reasons for the increase in losses was a 50 percent increase in spending on property, plant and equipment to €1.5 million following the upgrade of the Youth Development Centre to a state of the art training facility and other top-class utility areas. The number of full-time employees has also risen from 34 to 39.

Meanwhile, there has been increased spending on transfer and agents’ fees. Despite the losses, the club is financially sound with just over €1.3 million in the bank. The losses were recorded in a season where Dundalk won the league, the League Cup and the Unite the Union trophy. They also got to the Cup final. 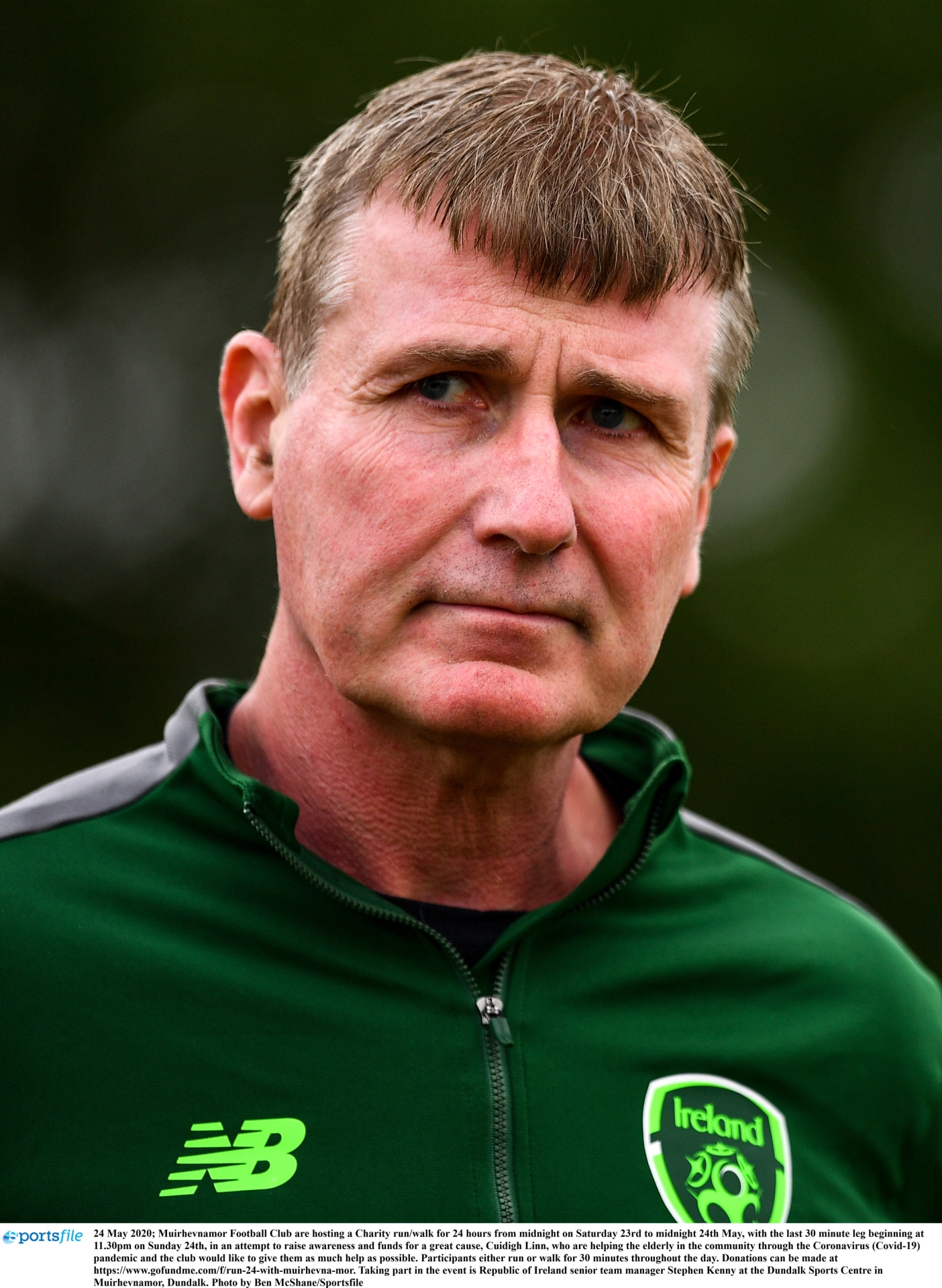 The club has embarked on a new official membership scheme. It’s hoped this will bring in further revenue, but, more importantly, grow and improve the relationship between the club, supporters and the local community.

There is good news, too, for my neighbour, Stephen Kenny. The Republic of Ireland could well see a limited attendance at their home games in the Aviva later in the year with the opening up of the country following the announcement of the phased ending of the Covid restrictions.

It’s believed that the FAI will be able to have some supporters at their home games from late in the autumn, but under the strictest of conditions. Admission of supporters will have to comply with the stringent of government rules.

Meanwhile, Bohemians apologised last week for any offence caused after admitting breaching the FAI’s health and safety guidelines by training six times in Dublin parks since May 18. The FAI have accepted their apology.

For next season, there is no reason why all clubs can’t play their games at home. This includes Premier and Division One teams. To do this they will have to significantly upgrade their hygiene facilities with proper toilets and hand-washing amenities being installed. This will cost money and the FAI must provide or apply for funding to pay for the upgrade of such facilities at our clubs. It should not be about money as lives are being put at risk with the condition of some of the facilities that exist at so many clubs.

It’s literally a matter of life and death given the threat the virus poses to humanity. We have lost over 2,200 lives on the island of Ireland as a result of this virus enemy that lives with us and it’s no longer acceptable for some, if not all, League of Ireland clubs to provide hygiene facilities that have been there since the stone ages. And just as the FAI are providing Covid tests on players and insisting on tight rules on clubs regarding standards to battle the virus, they must also examine a club’s hygiene facilities before they get a Premier or First Division licence next season.

There is no reason why games will have to be played behind closed doors next season at venues if there is a push on to improve the hygiene facilities. I do see there being crowd limitations as a way of coaching clubs to abide by all regulations, but they have seven months to work on this project and I believe they’re capable of carrying out the necessary steps.

Finally, I think it’s only fair that all our clubs are treated equally. Sometimes one gets the feeling that First Division clubs are forgotten about by the FAI and even some in the Premier Division too. Remember, Dundalk were the forgotten club in 2006 when they should have been promoted. Nobody cared about The Lilywhites except the fantastic fans and community of Dundalk and the club itself. No League of Ireland club should be treated any differently.