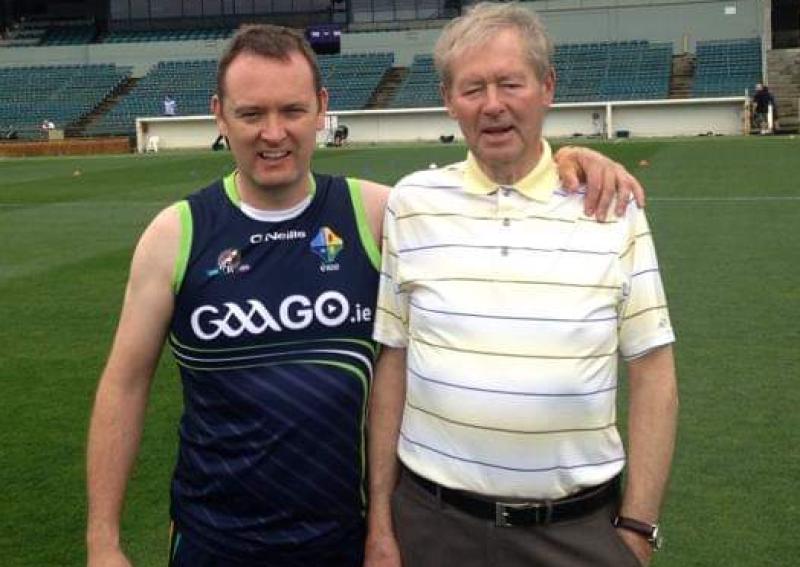 Blackrock’s Éamonn Ó Muircheartaigh completed something “a bit mad” on Sunday by walking 100k in aid of breast cancer research.

Local couple Niall Carroll and Cara McAdam have launched a 100k in 30 days campaign in a bid to raise funds for the cause, with Ó Muircheartaigh’s aim being to amass a sum by undertaking the entire walk in just 24 hours.

The Louth GAA physio, who’s the son of legendary RTÉ commentator Mícheál, began in the early hours of the morning and finished just in time to catch The Sunday Game.

“There’s a fantastic community spirit here in Blackrock and it was proven yesterday,” Éamonn said on Monday.

“I only decided the day before, Saturday, that I was going to do it. I’d been toying with it in my head during the week because Niall and Cara have done a phenomenal job; the amount of people that’ve signed up and the money they’ve raised is fantastic. I was thinking the only way of trying to help that would be by trying to get people to donate to something that was a little bit mad.

Several neighbours, colleagues and friends joined Éamonn for various stages of the course which involved multiple laps of Blackrock and, indeed, the parish. Although the first two rounds were undertaken in a unique way.

“I was afraid to listen to Spotify on the phone in case I burnt the battery out too early. I was tracking myself on Strava so I spent the first two laps talking to myself in Irish, in the dark; I had a great conversation with myself!”

A quick dip in the Blackrock tide at around midday, by which juncture Éamonn had walked roughly 60km, was extended when Geraldines clubmate Tom de Lasa arrived with a McDonald’s.

“I normally wouldn’t eat that stuff, but I savoured every last morsel of that Big Mac and chips,” Ó Muircheartaigh quipped.

As the day progressed, the number of supporters increased on the streets and Pelican Promotions even arrived with a loudspeaker to inspire Éamonn with some music, including River Dance.

“It turned into a mobile disco!

“It was a bit of madness, but the whole community got in behind us. It’s a special community in the parish of Blackrock/Haggardstown. They really support each other; it’s a special place and it proved it yesterday.

“From the time I started it was 19 hours and 19 minutes. I didn’t want to think of the time when I was doing it. I could’ve done the maths and figured out, ‘Christ, I’m going to be doing this until nearly nine o’clock at night’, but that would be kind of soul-destroying. It was about breaking the total amount down to more manageable amounts.

“There’s an old Irish saying, ‘Ar scáth a chéile a mhaireann na daoine’ - we all survive and get by by helping each other. It was a simple decision to try and help Niall and Cara raise as much money as possible.”