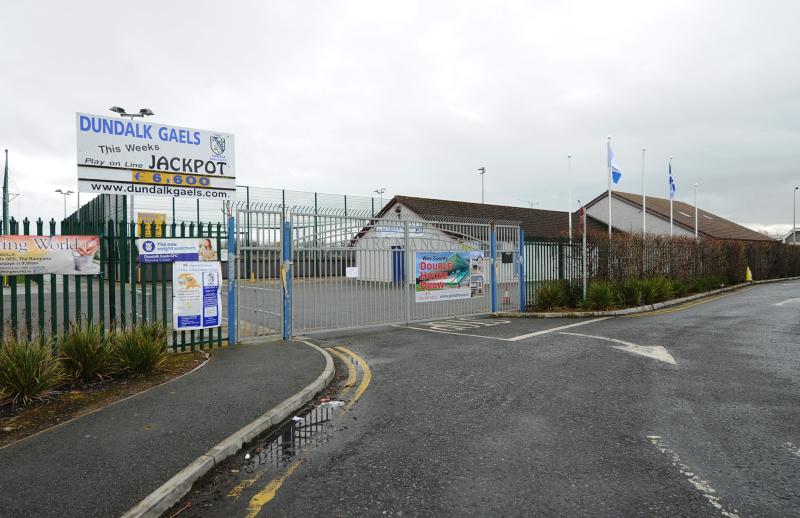 Dundalk Gaels committee room on a Tuesday night. It’s around 8 o’clock and chairman Dick wants to get fortnightly proceedings underway. There are about a dozen of us there sitting around a very impressive oval-shaped table, which, as a matter of interest, had a previous life in the boardroom of a big local firm. Indeed, the only time I ever saw anything like it was in an Only Fools And Horses episode, the one in which Racquel’s parents are entertained at Nelson Mandela House.

Keen as ever to impress, Del Boy gets a loan of a huge table from the Town Hall, though councillors might not have known about it. But he’s not there to help get it up to the flat. All the work’s left to Denzil and Mickey Pearce, and they’re horsed trying to get it up on the lift.

That was us a few years ago trying to negotiate our masterpiece around corners and in through the committee room door.

Anyway, as vice-chairman, I am sitting to the chairman’s right. On his left is secretary Clodagh, who has minutes to read and minutes to take. When Clodagh’s not there, Peter does the needful, and if both are missing it’s my task. That’s me, a reserve for a reserve. It reminds me of when I used to be captain of the Louth senior team subs.

The chairman asks: “Anything arising from the minutes.” And we start with votes of sympathy. Father knows without being told he’s to do the necessary.

PJ says there’s need for work to be done on the pitch, and then gets himself involved in a minor spat which develops into a major spat. Those who’ve either been constantly looking at their watches or were close to slumber begin to perk up.

With things close to getting out of hand, the chairman calls for a show of hands. PJ’s proposal is rejected and there’s resignation in his voice. “What’s new,” he asks. It’s then back to the mundane.

Michael reports on the most recent County Board meeting, and last week’s lotto numbers are read out and the winners recorded. Alan, our treasurer, tells us if the tank has increased or diminished in the past fortnight. Recent match results are recorded before the chairman closes his book and tells us when the next meeting is to take place. And immediately there’s a rush to get to our feet, boredom the clear winner over anything that could have been thrown at it.

My unbroken shift goes back to 1978; others are attending nearly as long as that. But, not having to head to The Ramparts on Tuesday nights is not a Covid-19 benefit. Quite the opposite, in fact. What would I and the rest give to have been there for the past three months? Records show we last congregated on March 10. More important, what would we give to be going back next week, or the week after that? Yes, they’ve been missed, these gatherings, their substitutes nothing more than time-fillers.

But it may not be long before notice of the next meeting goes out – and games are played. Friday’s news was encouraging. All going well, late July will greet the return of club football and hurling, county fare going ahead just over two months after that.

The emphasis might be on championships, and that being the case, could we see a return to what was once the norm in this county, teams in each of the three main knock-outs thrown into a hat for a straightforward draw? It hasn’t been like that for nearly two decades, and it was around the same time – 2001, to be exact – when All-Ireland football’s back door was opened for the first time.

Whatever it’s like on the fields of play here and elsewhere in the last few months of the year, there’ll be reason to be grateful.