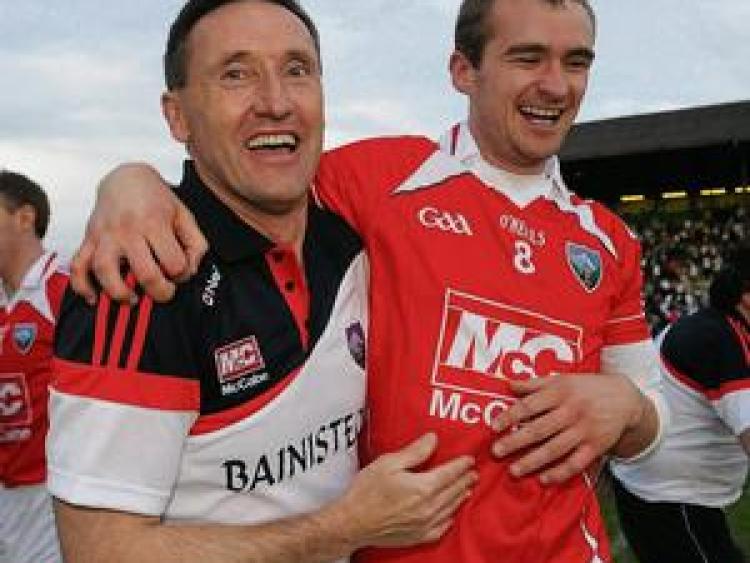 The grass bank at the hospital end of Páirc Tailteann was a hugely attractive proposition once upon a time. Even more interesting when you consider the man whose fingers are typing this has never watched Louth lose from that vantage point.

Indeed, it’s indicative of your writer’s ‘youth’ that his memories of the county playing matches in Navan are dominantly positive when most local Gaels have been left scarred by various disappointing days spent at Páirc Tailteann.

Somewhat extraordinarily, this particular 23-year-old is yet to have the displeasure of seeing Louth seniors go under at the home of Meath GAA - a record which extends to all competitions, from the draw with Tyrone in the 2006 All-Ireland qualifiers to last December’s morale-boosting O’Byrne Cup triumph against the locals.

Though one performance - and win, of course - stands out like a red beach ball among blue bobbles. It’s the conquering of Kieran McGeeney’s Kildare, a game which took place in Navan on June 5, 2010; a glorious Saturday evening in front of the RTÉ cameras.

Perhaps the 13-year-old who tagged along with his father, as he did from knee-height, and younger brother was already thinking of a career in the media when upon meeting an old man, who I didn’t know and, as far as I’m aware, haven’t encountered since, telling him that this year “was Louth’s best chance of getting to a Leinster final”. The winners of the impending tie were due to face either Westmeath or Wicklow, whose fixture was set for later in the weekend.

“You’re right,” was his reply. But there it is, the mental glimpses of that prophecy are all one has to convey in celebration. And all the betting shops there are in the Meath capital...

Earlier that same season, the Reilly trio had made the long trek to Connacht on a Sunday morning to watch Louth take on Sligo in that afternoon’s National League clash. Only a week on was part of that course undertaken again on foot of the victorious visit to Fermanagh, where Martin Sludden used a referee’s annual quota of pencils in flashing yellow cards as though they were integral to a dance move.

Anyway, in the West, a particular Louth forward caused consternation for the Kilcurry crew. If ever a man needed a... this was the occasion. The team were beaten by a single point, 1-14 to 2-10, and the teenage know-it-all pinned the blame on one player especially. “He’s in the way,” another ‘oul fella’ was told, a man who I knew but can’t for the life of me recall why, how or who he even was. Again, I was ‘right’.

But the attacker in question shoved a healthy slice of humble pie where the sun didn’t shine a matter of months later. Needless to say I was happy to digest it. If memory serves me correctly, he kicked several points, having opened like a whirlwind. The Reds, with thousands behind them, were pin sharp field-over and powerful Kildare were shown up for sluggish giants.

It’s strange to say it - sad in a way, too - that a Leinster quarter-final win was and remains the best day of about 15 years or more of Louth followership. Reasons for shouting since have largely been anger-related, while decisions and stances from boardroom level have wholesomely contributed to a demise of dour proportions.

That and the gulf which has developed within the province ensures the magical summer of 2010 is illuminant in the recent history of the Leinster Championship. As dramatic enough as it was that Dublin’s vice-grip like on the Delaney Cup was stripped, for the competition to close as it did a little over a month after Louth stunned Kildare leaves plenty of meat for sports writers, now and into the future, to chew on.

But if, at these strange times, we’ve nothing else to ponder, you could think of things much worse than the evening The Lilies were mowed under the June glare.

Think of Paddy Keenan’s midfield display, one of the greatest in the modern era.

Think Ray Finnegan’s darting run on to Mark Brennan’s looped delivery and his rifled left-footer into the top-corner of the net, in front of that grass bank.

Think Andy McDonnell running into open terrain and kicking over as though 35m kicks were going out of fashion.

Think the shuddering shoulders delivered by Dessie Finnegan and Mick Fanning at the heart of the Louth defence, hits which often had whites faltering like leg-weary heavyweights.

Think Eamonn McAuley announcing himself to the wider public, running like a 100m sprinter up the wing with the ball.

Think of the celebrations.

Think of the outpouring of emotion.

Think of Peter Fitzpatrick’s face as he embraced with Keenan. The current chairman’s smirk bears a striking resemblance to a snap taken of him after Louth qualified for a Leinster semi-final 18 years earlier, by beating Laois, the 28th anniversary of which is on Sunday.

Think of it all and hope those times return. Another Navan victory, another Lilies uproot, another extraordinary performance, another day in which to be Louth and extremely proud.