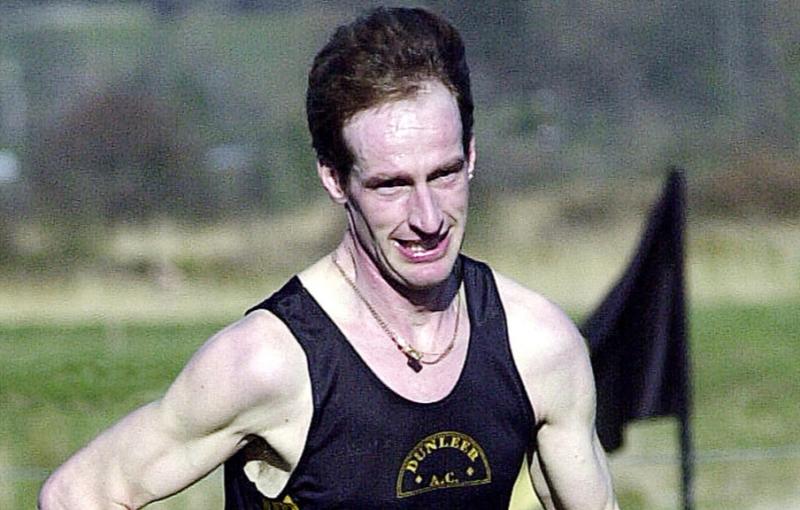 David Carrie had a couple of months to come to terms with the Dublin Marathon’s inevitable postponement. (Pic: Arthur Kinahan)

David Carrie had a couple of months to come to terms with the Dublin Marathon’s inevitable postponement. Hence last week’s confirmation wasn’t so much of a surprise as opposed to the gush which finally washed away any lingering hope of it taking place.

The Dunleer man has completed the last 10 treks around the capital as leader of Team Carrie, which raised an incredible €400,000-plus for various charities including the Gary Kelly Cancer Support group, and had been planning to mount the 23.6 mile course for the 18th time in all next November.

“I was due to run the Tokyo Marathon on March 1 and it was the first major marathon to be called off; it was called off in the middle of February and it was a big surprise at the time,” David, whose wife, Aileen, was an integral member of Team Carrie, tells The Democrat.

“We didn’t know how dangerous the virus was at the time and I ended up diverting to Malta to do its marathon the very same day. But I remember saying to Aileen after we’d finished it, ‘I hope you enjoyed that marathon because I don’t think there’s going to be one for a long time’.”

The Maltese event prohibited entrants from Italy with all those travelling into the country being the subject of instant screening and testing. The magnitude of the pandemic registered with the Louth couple there and then.

And since, the London and Boston Marathons have been postponed and rescheduled for October, albeit the chance of either going ahead with mass gatherings, as was the case in Tokyo, is remote in the extreme. Berlin, another of the six majors, has been cancelled completely, along with Dublin, the fourth biggest event on the European calendar. 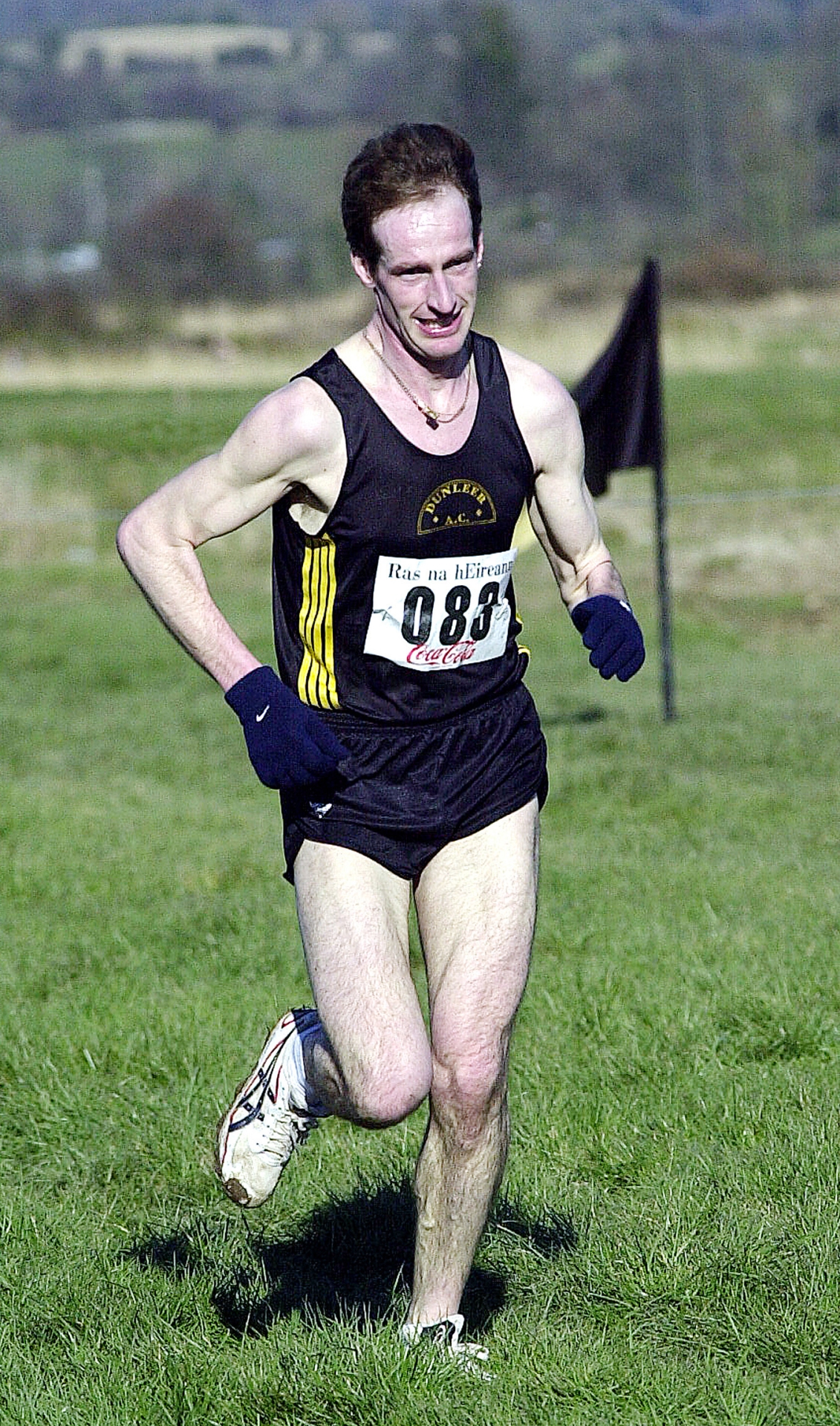 THE RUNNING MAN
Carrie’s love-affair with the Dublin Marathon was lit in 1987, when he rounded the course as a fresh-faced young fella, although it would be almost a decade on before the flame sparked fully. He completed the ’87 competition a minute shy of two-and-a-half hours, but took a break until ’98, in which time he focussed on shorter-distances, becoming one of Ireland’s leading cross-country specialists.

“I knew when I ran it that I wasn’t mentally or physically prepared, even though I did quite well,” he adds, looking back. “I was only 20 and felt I was naive, so I went back to the drawing board and concentrated on the shorter stuff.

“But I’ve been associated with it since ’87, be it competing as an athlete, a mentor or even a volunteer. It’s my favourite race of all, by far. I just love the fact that you’re at home and you can tip up and run your own Dublin Marathon and come home.”

Ninth and 12th place finishes in the final two years before the Millennium brought Carrie into the 21st century running boom, which he’s been majorly responsible for spreading across the north-east, particularly in more recent times.

He recalls tackling Dublin along with just 3,000 others. Now the annual entry-field is a multiple of more than eight that figure.

“Mass participating was in its infancy and it wasn’t a situation of having lots of people out running and exercising. The running boom is still relatively new to an awful lot of people; it’s probably only in the last 10 or 12 years where people have got into mass participation and the numbers have increased.

“When I got back into marathon running, I was coming across a lot of people, fit people, who would think what I was doing was awesome. ‘Jaysus, I’d love to run a marathon, sure I’d never be able to’.

“I listened to that for years and actually passed no remarks because I was just hell-bent on my own career; I was blinkered to the fact that there were more people who could be taking part.” 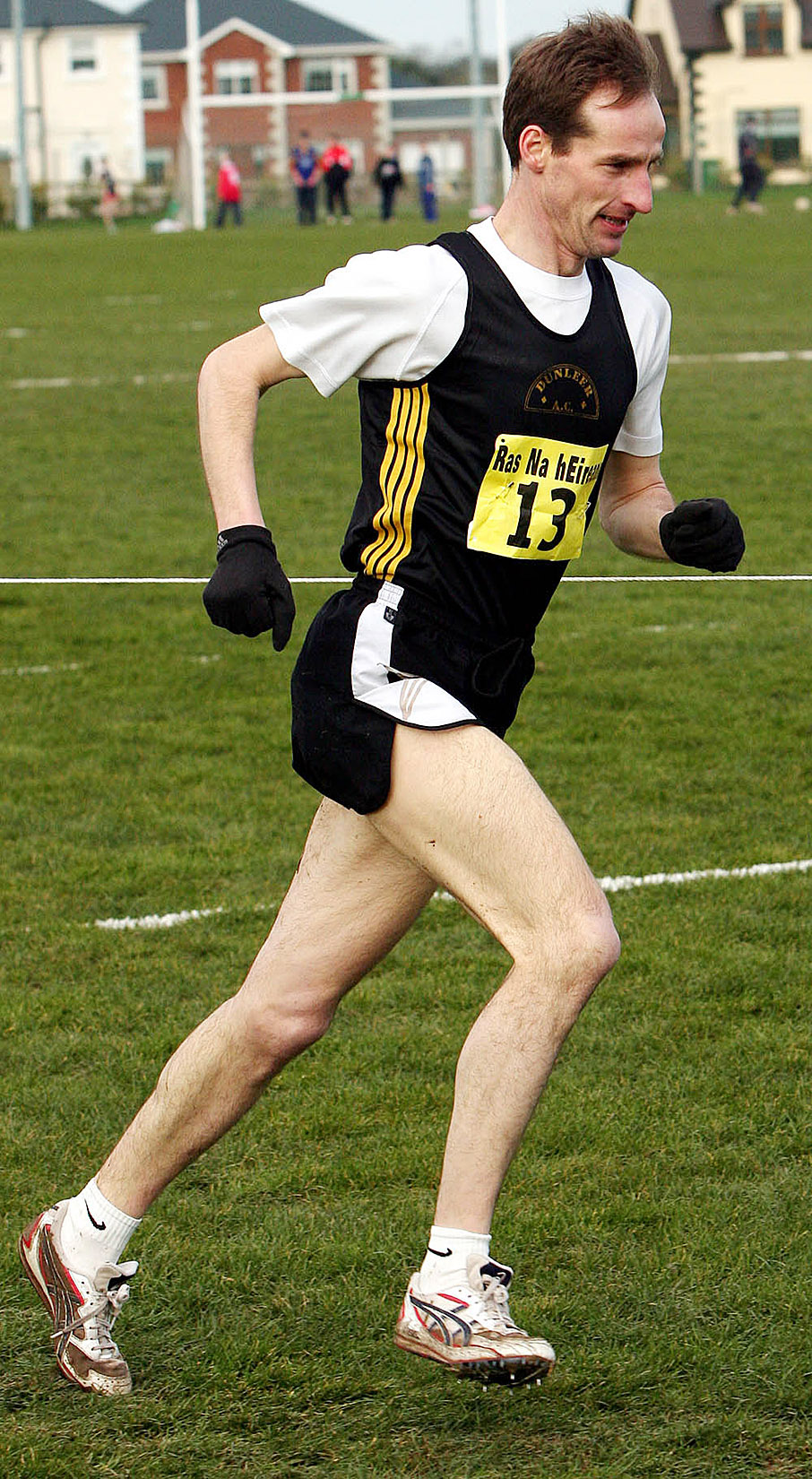 Indeed, it was Aileen who ultimately altered his thinking, her decision to take up running, having come from a non-sporting, non-running base, that led to David putting pen to paper and devising a training plan from his own experience. It worked, and created Team Carrie.

“‘Well if she can do it, I can do it’. That’s the mentality that I started promoting in 2010 when I started Team Carrie.”

It revolves around a 22-week running schedule whereby people of all shapes, sizes and backgrounds begin, gradually working their way from scratch to 5k, five-mile, 10k, 10-mile and half-marathon distances all the way to the ultimate event in Dublin.

“People would be down on their hands and knees after 200m, but they wouldn’t be the only ones. There could be another half-a-dozen who I’d then put into the same group.

“Why did I name the film we did on Team Carrie ‘Turtles and Hares’? Because the hares come in and they’re flying, they’re in the gym, wearing the shades and as fit as a fiddle. Then, someone who could come in and be looking at them in awe. I do say to them, ‘if you keep to this plan, the chances are that you’ll pass them during your training run after 16 weeks or even in the Dublin Marathon’.

“They’d be running too quick and not pacing themselves properly. I’d get great satisfaction from someone who’s been peaking for the Dublin Marathon achieving ahead of someone who’s flying at 16 weeks.”

The first year, 2010, Team Carrie had 38 members in Dublin, 37 of which, David being the exception, were first-timers. They all finished and by last year, he’d trained 1,058 competitors, which equates to between 500 and 600 individuals, to cross the finish line.

“It proved to me, anyone who is fit enough, in good health and prepared to stick to the training plan, that they can do a marathon. You’ll only ever go as far as the head or the mind wants to.

“It always starts with the first step and it’s about what first step you want to take. I find that a lot of people who are new into it will be doing it for wellbeing and fitness, but that’ll only stay with you for a while until it becomes a little bit monotonous. The next stage people need to do is time or pace themselves over whatever it is; a mile, or two, or 5k.

“Each individual has to ask themselves what they want to achieve and sit down and draw a plan to that goal, whatever it is; a paced time, a distance or tempo. You can keep training and be really, really fit, but how far do you want to take that fitness?”

Two hours, 28 minutes for a man and 2.52 for a woman are the Dublin Marathon records on behalf of his training, but Carrie takes as much pleasure at someone finishing in six hours as those who breeze around the capital.

“I wanted to put something back into the sport because the sport was very good to me. I found that I got more satisfaction out of seeing someone who was never involved in sport, coming up and being unable to run 200m, cross the finishing line than any race or anything I ever did in my own career. I can see what it means to them to finish whatever distance they want, particularly a marathon.

“It brings incredible satisfaction and I can walk away thinking I made that person happy, I brought something to someone else.”