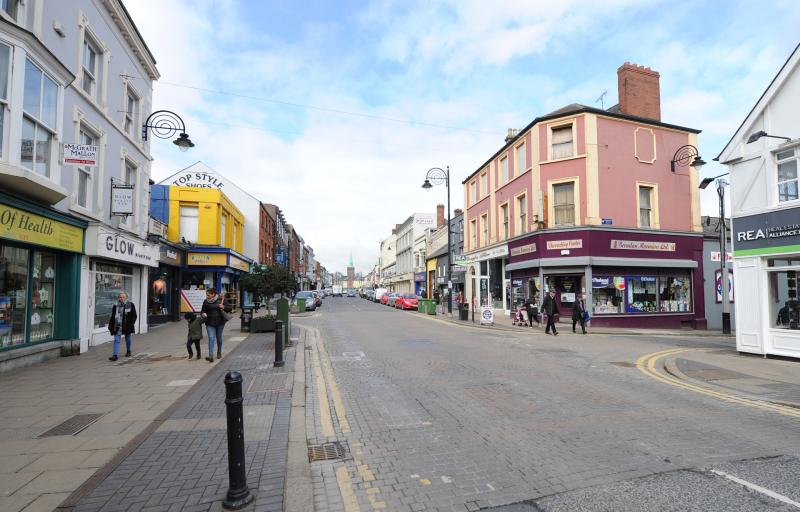 I half expected to see tumbleweed hurtling down Clanbrassil Street when I visited for the first time in over two months.

Having heard so much about Dundalk looking like a ghost town, I half expected to see tumbleweed hurtling down Clanbrassil Street when I visited for the first time in over two months. “You wouldn’t know the place”, someone said. “The shops are closed and there’s hardly a sinner on the footpaths.”

That was back in late March. Last week, the main thoroughfare was heavily populated with vehicles, some shops were open and there were lots of people walking up and down. Several, mostly women, wore face masks. Couples strode out with gusto, coming to the end of – or maybe setting out on – a brisk constitutional.

Everyone appeared to be observing the social distancing rule in a town eager to get back in business.

It surprised me to see a speed trap set up on the Carlingford Road. But, then, the onset of the pandemic didn’t take death off the roads, nor did it get the reckless to slow down. Driving at a steady 80 kpm, I was left for standing three times on the way in.

The Town Council parks division closure was evident. Dandelions were winning the tussle for supremacy on the Ballymascanlon roundabout green, and it was the same each side of the Inner-Relief Road. I’d say those who operate the mowers and tend to the flower beds and baskets can’t wait to get back on the road.

I had business to tend to, and not knowing the exact protocol in the premises I visited, got a sharp rebuke when I went to use a door handle. Having been told first of all to wait outside, I was further ordered into a corridor.

It made me think: difficult enough as it is having to confine myself back home to a daily walk, wall- and fence-painting, weeding and putting a few words together, the rules are easily observed. But I should add, those who kept me in line were only doing their job.

I’m on the cemetery side of 70 and don’t know if myself and my travelling companion – once known to this page as The Chancellor – were free to take a spin around Blackrock. But we did it anyway. The sun was shining in all its glory.

It was a nice trip that would have been even nicer had a shop been open for the sale of cones. There were people sitting on the promenade wall, which reminded me of the time just a couple of years ago when I took up the same perch. I was giving a ‘99’ gip when a friend came along. “All you’re short,” he said, “is a hankie on your head with a knot in each corner, and you’d be perfect for a bawdy picture postcard.”

Hopefully it won’t be long before things begin to hum again. When they do there’ll be a new norm, life like it’s never been before. And with it, maybe a greater appreciation for what we only regarded as ordinary before the arrival of this evil from the East.