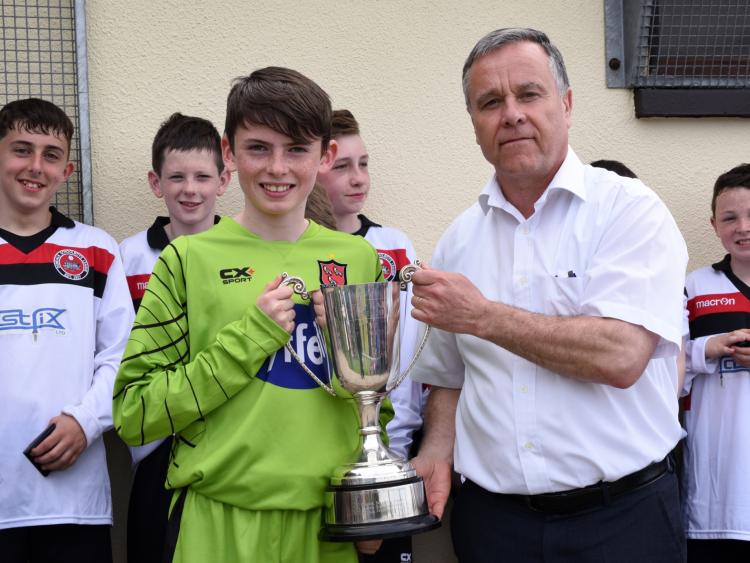 Dundalk Schoolboys’ League chairman Michael Dillon says organising juvenile football for the upcoming winter may only involve “making a bad situation worse”, insisting that their directives will come solely from the SFAI.

The local underage divisions had been due to get underway on the weekend of March 21 only for government restrictions to kick-in in light of the coronavirus pandemic hitting Ireland.

There has been ongoing consultation between Irish soccer’s administration and health officials over the intervening period, with a return to sporting action continually being knocked down the line for fear of Covid-19 spreading.

This has left many sports fearing for their 2020 futures and the local schoolboys’ league is no different.

“The latest we seem to have suggests that it will probably be September before we can go out and play football,” Dillon told The Democrat.

“That being the case, we’ll have to discuss with the clubs what to do. Our season was due to finish at the end of October and if we were going to play a short season, I don’t think there would be much time or an appetite for a short season, but everything, at the same time, would be on the table for the clubs.

“One thing could be just to play little round-robins in groups of three. But I’d be cautious of going into winter. I wouldn’t want to set-up a whole lot of fixtures and then two weeks in somebody sneezes because they have a flu and that causes uncertainty and maybe a team has to isolate and then your season falls apart.

“Maybe it would be better to go with something that’s less formal and alongside that have a Cup competition on a straight knockout. We’d then be prepared to start again next March.”

Last year was the first full season of ‘calendar football’ following the clubs’ decision to switch from the long-standing winter format, which some leagues have opted to retain. There was a vote taken following its conclusion on whether to return to the September-to-May programme, which was successfully rejected.

Though, Dillon concedes, it could be on the agenda again.

“We’ve had the best of weather and from the beginning of March right through you would have played every game scheduled; there would have been no interference weather-wise,” he added. “But by looking at it like that, it’d only drive you crazy; there’s no point.

“There may be pressure from some who might see it as an ideal opportunity to return to winter football. A lot of leagues are still playing winter football and haven’t switched over. Indeed, some of the Dublin leagues switched over and then switched back because they found summer football wasn’t working for them.

“I would caution about going back, though, solely on the basis of going into a winter season with Covid-19 in the background, when people do start getting the ordinary flu and nobody is exactly sure of what’s happening, I think it could lead to huge disruption to a season which commences in September with a view to ending next May.

“You might only be making a bad situation worse.”

Asked about the health of the schoolboys’ league, in terms of playing numbers and teams who had affiliated for this season, Dillon was bullish and estimated the tally of those involved was on a par with previous campaigns.

However, as with every other element of society, he’s unsure of what the future holds.

“We were ready to go with a full complement of teams as we would have expected. Our U13 divisions would have been unusually short, but that had more to do with the League of Ireland at U13 level. It’ll probably take a while for that to feed out of the system. Other than that, everything else was pretty much normal.

“What’s the impact of this? Well, there could be a situation now where parents will be assessing a lot of things and maybe even managers and people running football who may be saying, ‘Jeez, I’ve never been so free’. Maybe they will reassess.

“Obviously, in the current climate, until there is a vaccination, there will be some children who will have played with asthma and come to matches with inhalers, their parents may not be happy for them to play, to be mixing in that type of environment.

“Managers themselves may have conditions that could make them vulnerable, or have people at home who may be vulnerable.

These things, we don’t know how they’re going to feed out.”