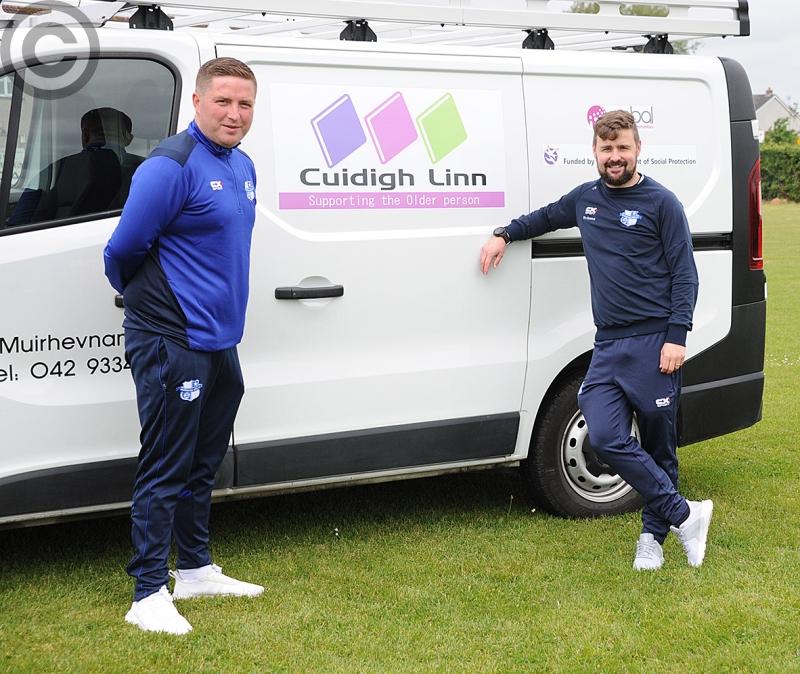 SEE THIS WEEK'S DEMOCRAT FOR FULL PICTURE COVERAGE OF THE EVENT

Muirhevna Mor secretary Peter McGinn was incredibly pleased by the response to the club’s 24-hour run held on Sunday in aid of the local Cuidigh Linn charity.

Players and members of the sports centre-based outfit took it in turn to fill half-hour slots throughout the day from the early hours of the morning to midnight, with Republic of Ireland manager Stephen Kenny and Dundalk FC boss Vinny Perth among other high-profile entrants.

The aim was to raise €10,000 for a charity which, McGinn says, is hugely active within the community.

“Cuidigh Linn looks after the elderly people around Dundalk, doing everything from cutting your grass to fitting smoke alarms or painting your house,” he told The Democrat.

“We’re hoping to raise around €10,000 as a result of the small thing we are doing. We could have done it on a bigger scale, but because of the Covid restrictions… 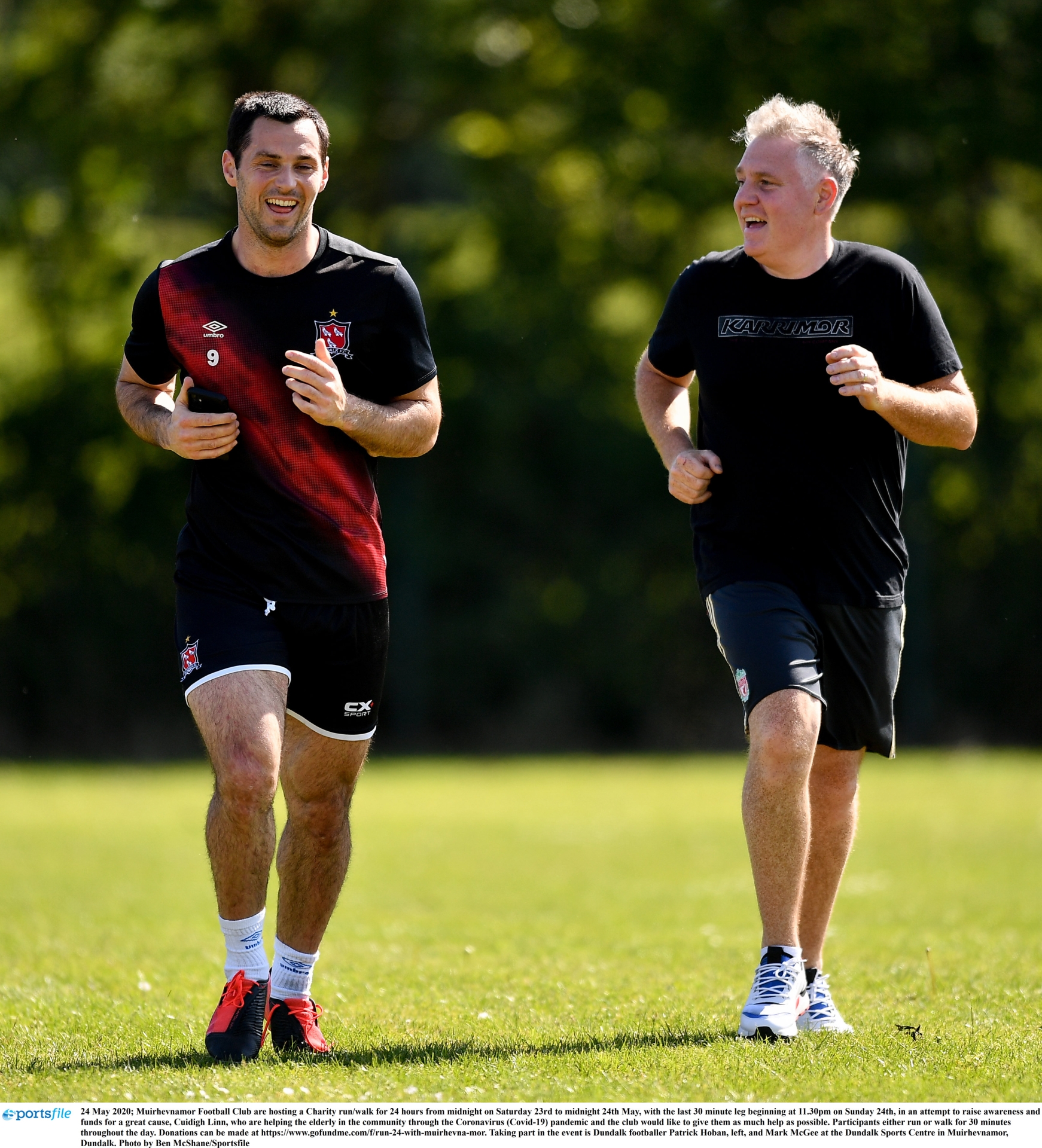 “The main sponsor of Muirhevna Mor football club is Highbury Concrete, which is owned by an ex-footballer for the club, Thomas Gorman, who’s based in New York. He keeps the club going and the children don’t have to pay for anything as far as training or insurance costs go.

“Michael Cooney and Tiarnan Mulvenna were the two main instigators of the run and they got involved with the senior players and the committee. They wanted to raise funds, so when we contacted Thomas in America, he began by donating €500.

“The GoFundMe page has raised around €4,000 alone and with the cash coming in from a lot of local businesses and the fellas themselves, one fella alone raised €1,000 and another got €695... when we add it all up, hopefully we’ll have reached €10,000.

“But the main thing is we’re highlighting Cuidigh Linn. A lot of people wouldn’t know the work they do, they go unnoticed, but with it being based in the community and concerning the elderly especially, it’s why we chose them. Next year we could choose a different one.” 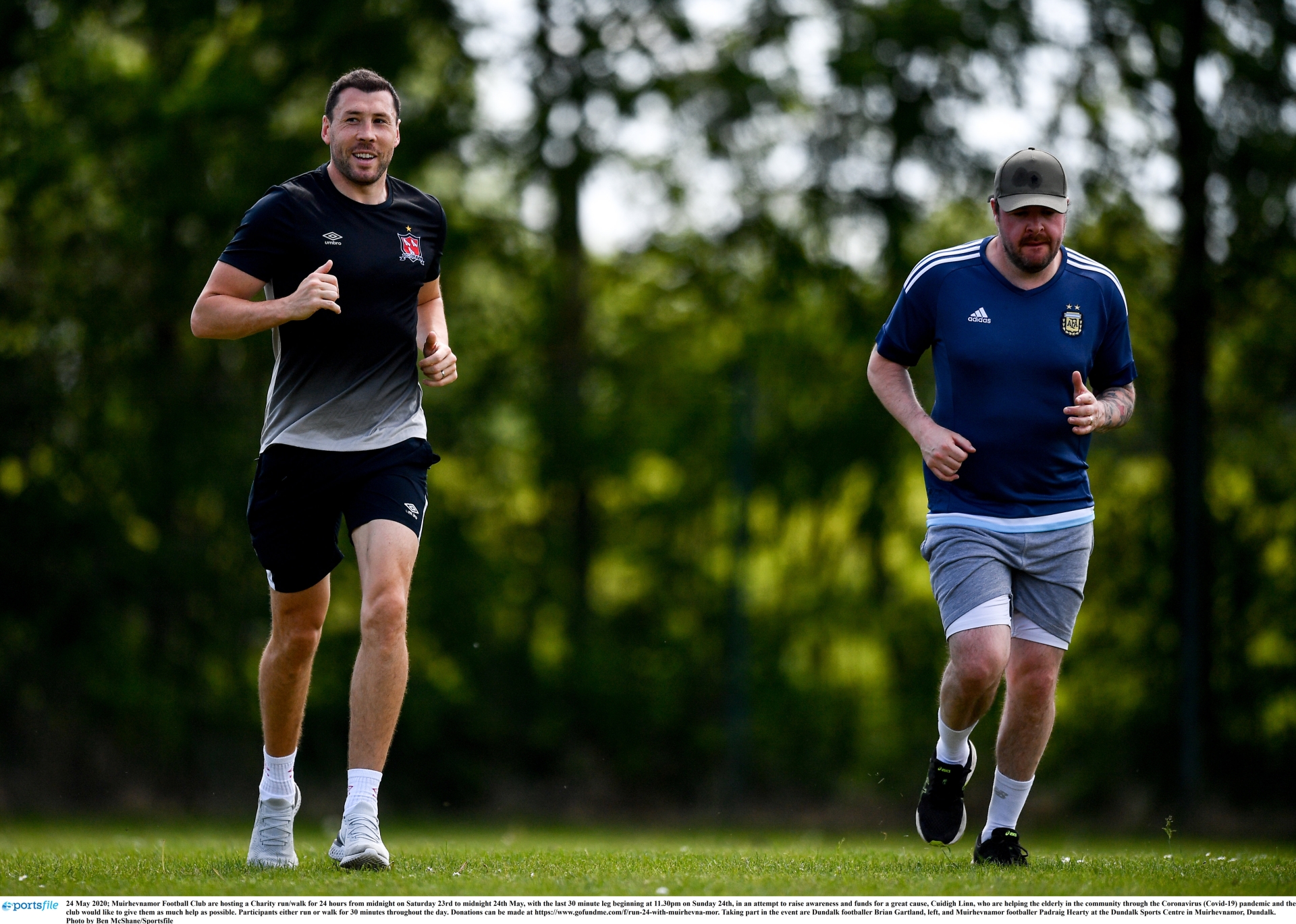 Some people completed their run, which took place on the main grass pitch at the sports centre, in fancy dress, while exiles, including former Dundalk defender Dave Rogers, played their part, sending videos which, along with those involved locally, will be aggregated in the coming days and published on social media.

Lilywhite stars Patrick Hoban, Brian Gartland and Chris Shields were among the guest runners, with McGinn thankful to all those who showed.

“The turnout has been great with lots of people who had no affiliation with the club, but when we got in contact they were more than happy to help.

“Stephen Kenny did the run himself; the full half-hour. He didn’t just come down to show his face, he did the run with Ruairí Ó Murchú TD. Kevin Meenan, local councillor, was here too.”