INSIDE TRACK | Louth should be looking forward; yet 10th anniversary of 2010 is solely on the horizon 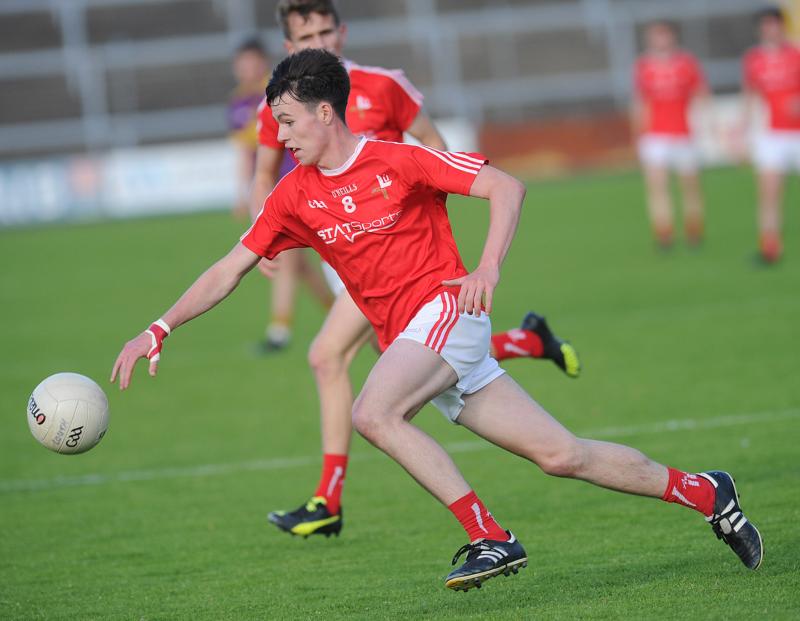 Liam Jackson could have made his senior championship debut for Louth in the recent Leinster assignment with Longford had Covid-19 not forced lockdown. (Pic: Arthur Kinahan)

These are supposed to be times of peace, but are not. Okay, so when we look to the north we don’t wonder how many casualties there have been today, and when Spitfires take to the air it’s only for show. WWII’s main protagonists had their arms around each other until Brexit intervened; they probably still have a nodding acquaintance.

But there’s another peace – peace of mind. There’s not much of that about, at least not at the source of these words. I imagine it’s much the same for most others.

The next generation have to keep their distance, and the barring order against the generation after that is still in place. Friends with whom there were regular get-togethers, two or three a week, can only be communicated with by phone, email or text. One of them has been cultivating a beard for a number of years; I wonder if any of the others are thinking of joining him.

Town remains foreign territory; there hasn’t been a visit there since restrictions were put in place, and only once has there been a trip, of no more than a mile or two, along the Carlingford Road. Shane continues to throw in the ’papers on each working day, and Tom takes up the slack on Sundays. Caoimhín comes out with the weeklies, and the heirs to what was once a modest tank, but is now fast-diminishing, make sure we won’t go hungry.

It’s not all minuses. There’s no need to shave every day nor wear a tie, and a becalmed Dundalk Bay in full tide is serene.

“Who’ll be looking at you,” is sure to be asked whenever I complain about not being able to get a haircut. But it’s not all about aesthetics, I say; the psychological boost a visit to the hairdressers provides is great. Just wait until the blood and bandage poles again begin to spin; tonsorial artists in places like The Works, Lawlesses and Sailor Sharkey’s won’t be able to keep up.

Sportswriters continue to take backward glances. What else can they do with nothing going on?  Significant past events are being recalled. Not among them, however, was the promotion-winning league triumph Louth had over Offaly 20 years ago on May 7. You really couldn’t expect it to be, could you?

But wait a few weeks and it’s for sure the 10th anniversary of the great Leinster final larceny will claim a column or two. (It already has in one of the dailies.) Remember how Joe put the ball in the Louth net for a goal, all, bar one, in the 48,000-plus in Croke Park knew was as illegal as nowadays going into a pub for a pint?

Mention of Louth: had everything been normal we’d now know if there would be a second-round championship match to look forward to on Sunday next. The opening round game with Longford had been arranged for last Sunday week at Mullingar.
Louth would have gone into it having been relegated from Division Three of the league, even though there were still two rounds to be played. But they might not now materialise. (See another of this page’s stories.)