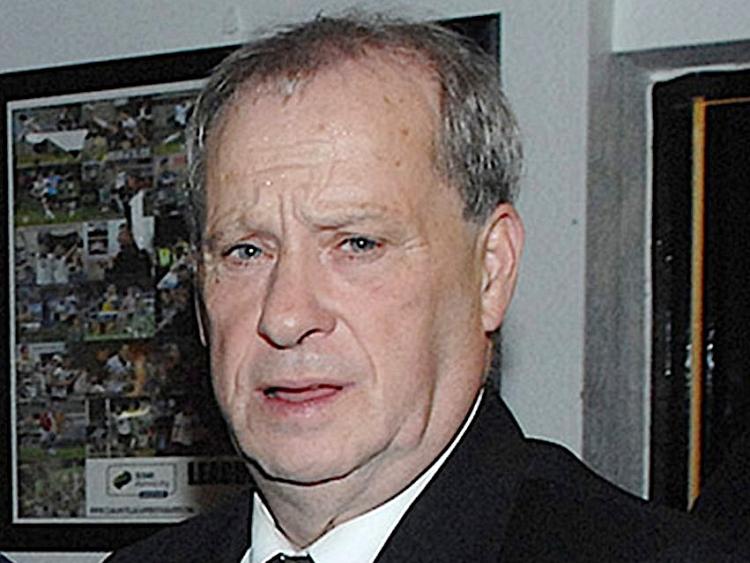 Gussie Hearty, a man who once hit 40 goals in a Summer League season from midfield, has picked his dream Bank Rovers XI. (Pic: Arthur Kinahan)

Let’s cut to the chase. Gussie Hearty, a man who once hit 40 goals in a Summer League season from midfield, has picked his dream Bank Rovers XI. The ‘Frank Lampard of local football’, as we’ll refer to him, understandably self-enters.

“That’s a team that could give any League of Ireland outfit a game.”

And so it could, so it did. Thrice Intermediate Cup finalists during the 1980s, Bank were regular qualifiers for the FAI Cup in an era where just four non-leaguers could participate. And, by and large, barring a drubbing by Waterford in the early part of a decade in which the ‘El Paso’ brigade of all-stars were hugely competitive in the Leinster Senior League, many senior clubs got their fill of it when facing John Murphy’s charges.

Cork City negotiated a severe test one year, while after Murphy had taken the reins of Monaghan United, leaving Hearty and ‘Buster’ McGee to assume control, Bohemians were led 1-0 at half-time of a Cup tie, Paul Cunningham hitting the net.

A 2-1 defeat was the eventual outcome, but Bank were a serious side, entailing the cream of a tremendous crop, all of whom cut their teeth in the Dundalk Summer League, a competition which has been the breeding ground for nine senior internationals, representing four different nations.

There are FAI hall of famers, Cup final goalscorers and fully-fledged professionals who emerged from divisions under the stewardship of the Dundalk & District League. And so, for Hearty to have been elected on to the Summer League’s team of the 1970s, in esteemed company, is a testament to the heyday talent of the Anne Street man.

“The standard of football in the ’70s was incredible,” he adds.

Hence Gussie mustn’t have been bad himself, maybe even decent. He was, after all, named Summer League player of the year in 1977. 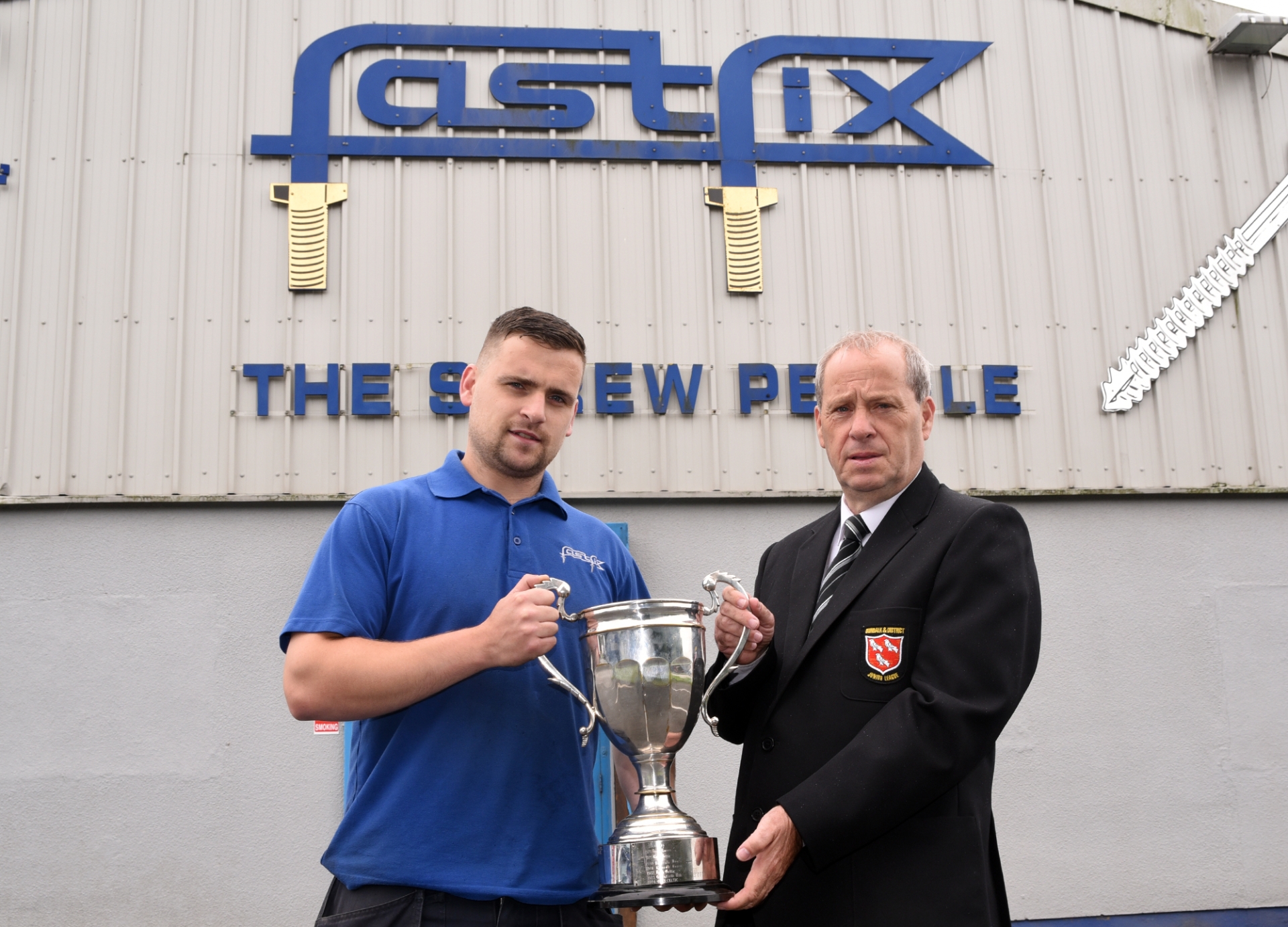 FOOTBALL ON THE STREET
The lure of Joe’s Park was strong during his childhood. Dundalk FC were successful during the 1960s, with the midfield partnership of Murray and Millington of particular interest to a young fella whose purpose involved bounding up the Carrick Road to get a game as soon as the school day ended.

“Ben Hannigan was a hero as well,” says Gussie, “he was the Gazza of the time”.

“You learned your football playing in gateways,” he adds. “All you had was football. There was nothing else. It’s all we grew up with.

“Look at the great Bertie Dullaghan’s poem, Football on The Streets.”

We always had a tennis ball, or one made out of rags/We used our coats for goal-posts, or sods, or paper bags/Some lads were only ‘Blaggers’ and some had touches neat/But others, downright dirty, playing football on the streets.

You see! We never had a pug - our fathers weren’t rich/We hadn’t even football boots, for playing on a pitch/And, so the first communion shoes were scuffed right off our feet/We often had our ear warmed, for kickin’ on the street.

Aye! Many epic games were played, in front of Johnny’s shop/And many games abandoned, when he came out with the mop/And many names we called him, were other than discreet/But, he never stopped us playing football on the street.

And when the Christian brothers passed for haircuts, down in Franks/We’d start to play the ‘Gaelic’ - playing soccer got you spanked/But, when they disappeared from view, the ball was at our feet/We couldn’t risk a broken pane, while playing on the street. 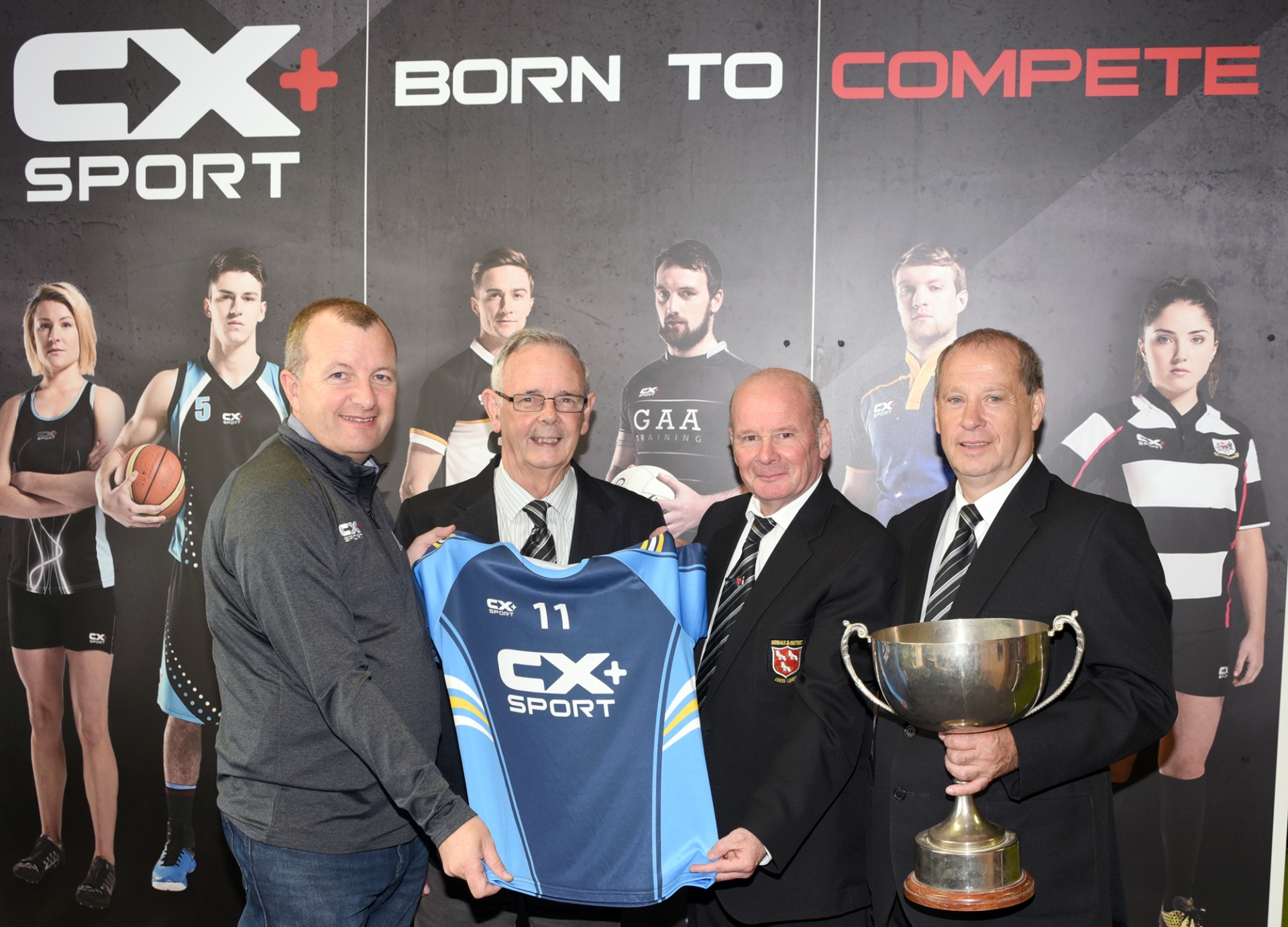 But, we started Mullan’s window and we fell through Tommy’s door/And we lost the ball, o’er Terry’s wall and saw it, never more.

And we always kept an eye out, for the copper on the beat/A dangerous occupation, this football on the street/The choir and altar used to play, ’twas ructions every year/The altar boys had football boots and all the other gear/The game was in the chapel field, the choir was always beat/But, we knew we’d turn the table when we’d get them on the street.

But, when the girls in summer came, on holidays to stay/They caused a great distraction and interrupted play/And ‘Brylcreemed’ heads were gleaming, which had not been washed for weeks/A serious crisis looming, for football on the streets.

I remembered once, I had a date, I met her at the mill/We thought we’d walk ’round Barleyfield and home by Dowdall’s Hill/Instead, I spent a half a crown on pictures and on sweets/It didn’t cost a penny, playing football on the streets.

But, one by one, the team broke up, as cupid drew his bow/He beckoned to the market house, the Hib and the ‘Scapafloe’/And then he turned how bow on me - she swept me off my feet/Thank God, I was too old by then, for football on the street.

They’ve streets in heaven, I’m convinced and tennis balls as well/And that’s another reason, it’s a better place than hell/And when, one day we go there, ’twill make the act complete.

We’ll crown our dreams and pick two teams, for football on the street. 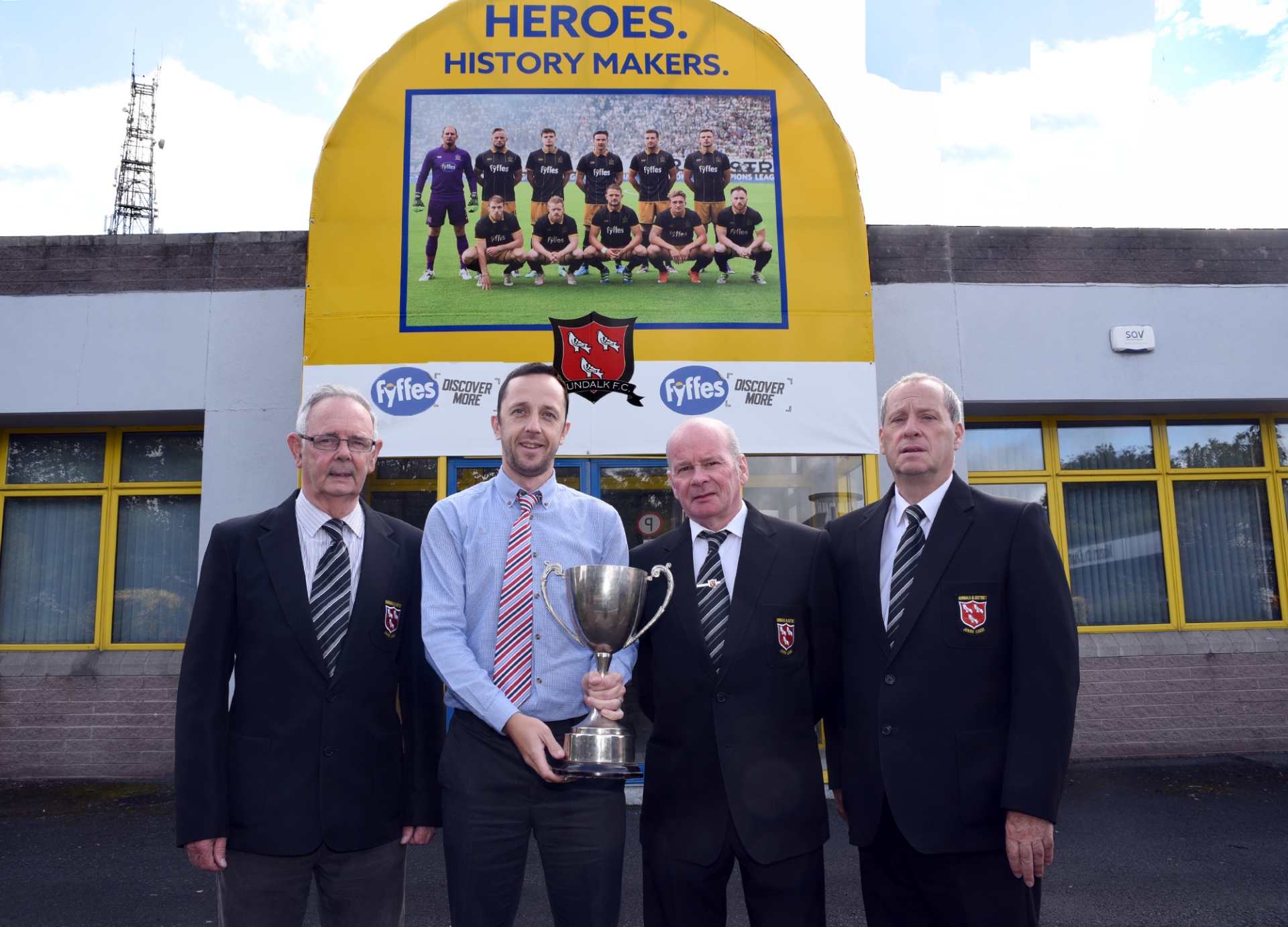 WHAT COULD HAVE BEEN
Hearty began in the Summer League when his employer, CRV, entered a side. His first cousin, Tony Kane, requested his services ahead of a friendly Bank Rovers were playing. Jim Martin was clearly impressed by what he saw and so Gussie put pen to paper.

Murphy arrived as boss in 1972, winning a Challenge Cup title, and so the winning habit began. But then came another call, this time from Ray Larkin, manager of the local Tottenham team, for a clash with Dundalk, now under the tutelage of John Smith.

The Lilywhites boss, clearly taken by what he’d seen, signed Hearty, a teenager, and played him in three games before the end of the season, in each of which he scored, against St. James’ Gate, St. Patrick’s Athletic and Sligo Rovers.

“I remember the Argus did a profile on me: Three games, three goals; a player for the future. Had John Smith stayed different things may have happened.”

“I got a couple of games; I remember playing against the great Cork Hibernians team down in Flower Lodge. They were beating us 1-0 and I took a corner-kick which Jackie McManus scored from.

“But myself and Jim sort of fell out and I parted ways in 1974, and went back to the Bank.”

Before his 21st birthday, his Dundalk career was over. The dream at an end. Back to Bank.

“I would have played in about 15 Cup finals between 1970 and 1987. I played in nine Challenge Cup finals; won five and lost four. I won three league titles, McCourt and Reynolds’ Cup finals.”

There was just one league title with Bank, though, in 1979, before the late Jimmy Clancy coaxed Hearty to Quay Celtic, where he won in 1982 and five seasons later. Mind, Bank had bigger fish to fry by that juncture.

“What John Murphy did for the Bank was incredible,” says Hearty. “He started from scratch, a little bit like what Stephen Kenny did at Dundalk, and had his own ideas. He was a great man for picking a player and tactics, he could read a game.

“We played in the Leinster Senior League and if we were playing the likes of Ballyfermot or Bluebell, when they came to Dundalk, John knew everything about them; he’d dossiers on all the teams that we played. His record with the Bank, the amount of trophies he won was incredible. 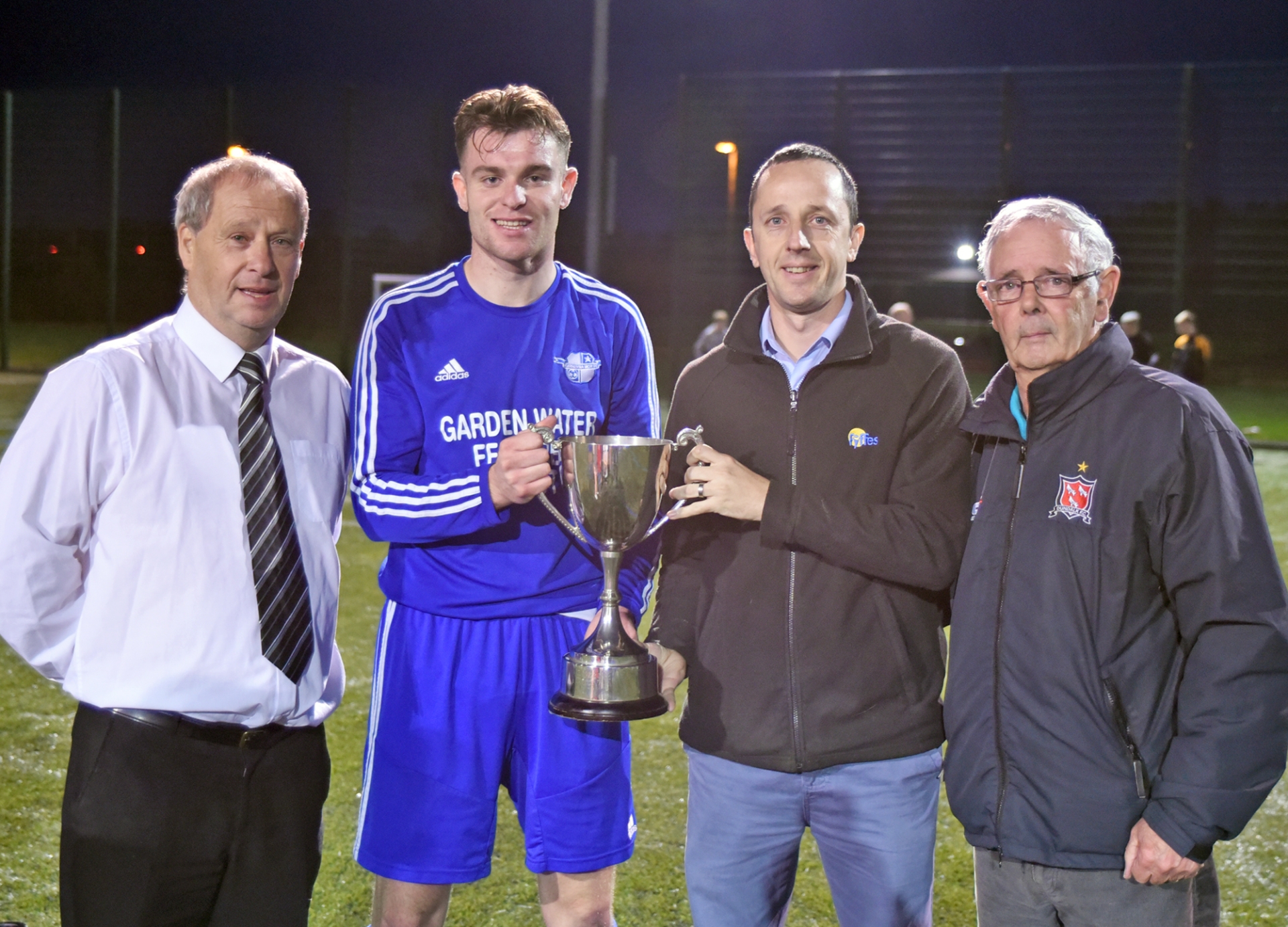 “No doubt, he’s the best manager I worked under and winning the Intermediate Cup was the best day ever; the highlight, beating Hammond Lane at Oriel; John Morris, Bernard Savage and Tommy Mulligan scoring.”

The year was 1985, a calendar span since losing to Ballyfermot in the decider and two prior to Tramore pipping them at the final hurdle.

Democrat: “Do you know where all your medals are?”

Gussie: “I do, indeed. I have them in a press. I could walk up with my eyes shut and find them.”

Democrat: “It must be a big press?”

Gussie: “Haha... I can put my hand on the three Intermediate Cup medals anyway.”

TALL TALES
Bank were “an amateur club run professionally”, with trips away including meals, trains journeys and bus bookings. They were great times.

“We’d play a game of cards on the bus when we’d be coming home, we’d keep the small cards out, the twos and threes… Sure the bus stopped this day for the toilet and I went out.

“When I came back in the boys had set the cards, I think the fours and fives were out as well… The boys set the cards and when I looked I’d four fours!

“I just bet away and coming to the end the boys all dropped. I says, ‘I’ve four fours’ and I went to grab the pot. Sure they battered the head o’ me. ‘Ya stupid clown, ya… sure we took the fours out!’

“I remember going down to Galway and sure you’d take a few sandwiches with you on the bus. I knew Buster wouldn’t have been a big grubber so after the game we were coming up and I gave Buster about four or five sandwiches I’d made.

“We were sitting in a hotel in Galway, all with mixed grills. I’d have been a fierce man for food so I sat beside Buster. He couldn’t eat his mixed grill. ‘You set me up,’ he says. ‘Good man, Buster, you’re dead right’.”

Having hung up the boots in 1987, nine years after first joining the Summer League’s committee, Gussie remains involved on the administrative side and has been secretary for 20 years, during which time he’s entered the hall of fame.

The league, and what it stands for, means so much.

And, like any marriage, they’ve seen the best and worst in each other.