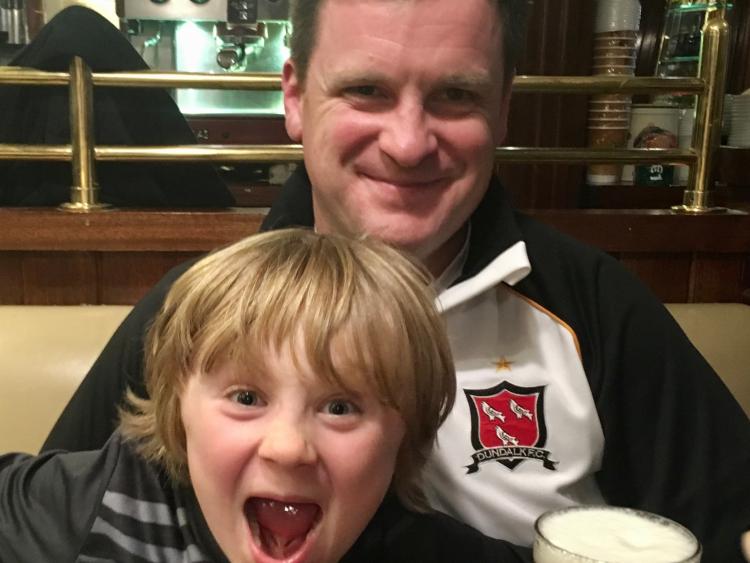 Daniel Sexton didn’t set out to write a book. He didn’t even set out to write about Dundalk FC. And yet here he is, fresh from launching ‘Dundalk FC - In Black and White’ on Amazon, 482 pages brimming with articles detailing the club’s history.

A genealogy mission at the beginning, Daniel purchased various archive subscriptions in a bid to research his family history, his mother and father being the proprietors of Sexton’s Pub on the Dublin Road.

He found little of note and so moved on to just random searches in order to make use of his digital investment. This led to a forensic examination of Jim Murphy’s History of Dundalk FC books and on each occasion he found something of interest, he referenced old copies of The Irish Times, Evening Press, Herald, The Democrat or whatever.

Then, just over a year ago, there was John Creedon’s RTÉ documentary on the late former Dundalk striker Jimmy Hasty. One thing led to another and with hundreds of clippings of events from The Lilywhites’ history, he began editing Dundalk’s Wikipedia page before settling on the notion of a book.

“Coming up to Christmas I had this 300- or 400-page document full of newspaper clippings and draft Wikipedia updates,” Sexton, who lives with his wife and son in Cork, told The Democrat.

“It was only then when I thought that it might make a half-decent book. Had I sat down to write a book about Dundalk Football Club, I’d say I’d have thrown my hat at it after 10 minutes, but I had a very rough outline of one before it ever occurred to me to make one. 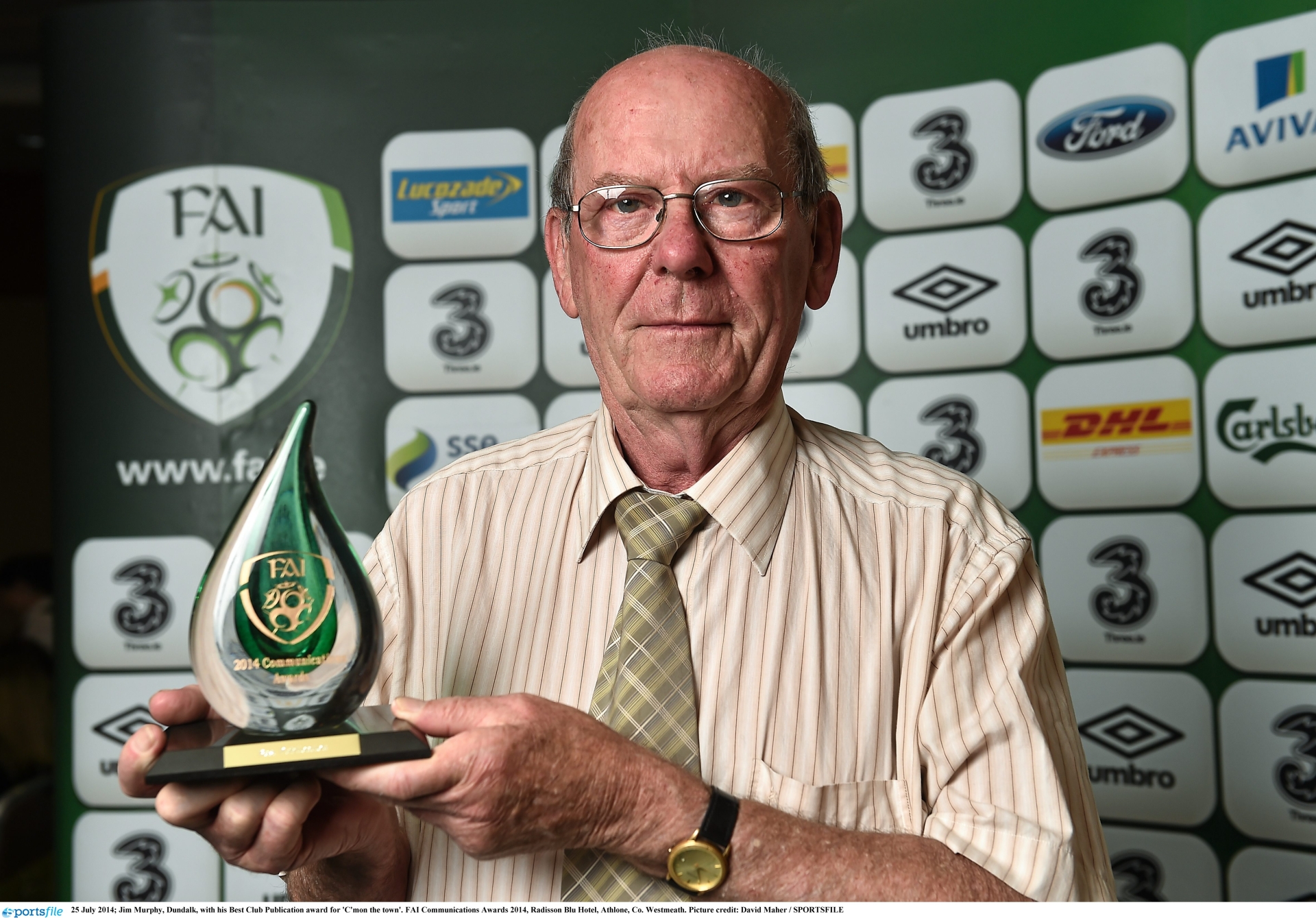 “I did as a labour of love. I’m a shift worker, I work on bank holidays and weekends, etc. I didn’t do it to supplement my salary, I did it as a project and something I wanted to do; to look at and be proud of.

“Since Christmas I’ve been formatting and editing it. This is the finished article.”

A Dundalk season ticket holder of over 20 years, Daniel has renewed his card annually despite living in Leeside since 2001. He works as an engineer at a pharmaceutical company, but his arrangement down south was only envisaged as a short-term thing, until he met his wife, Amy, who hails from Crosshaven.

Meanwhile, he’s passed on his love of The Lilywhites to eight-year-old Zach, who stayed with his grandparents last summer as a way of attending the Barry Kehoe camp at Oriel Park. The young lad clearly has great taste, Chris Shields is his favourite player.

“I’m a bit like an Irish-American, those who get all passionate about Ireland,” Sexton says of his affection for Dundalk. “The longer I’ve been away the more passionate I seem to get about where I’m from.

“My little fella, I buy him the gear because I have this love for the town that maybe people at home wouldn’t have. 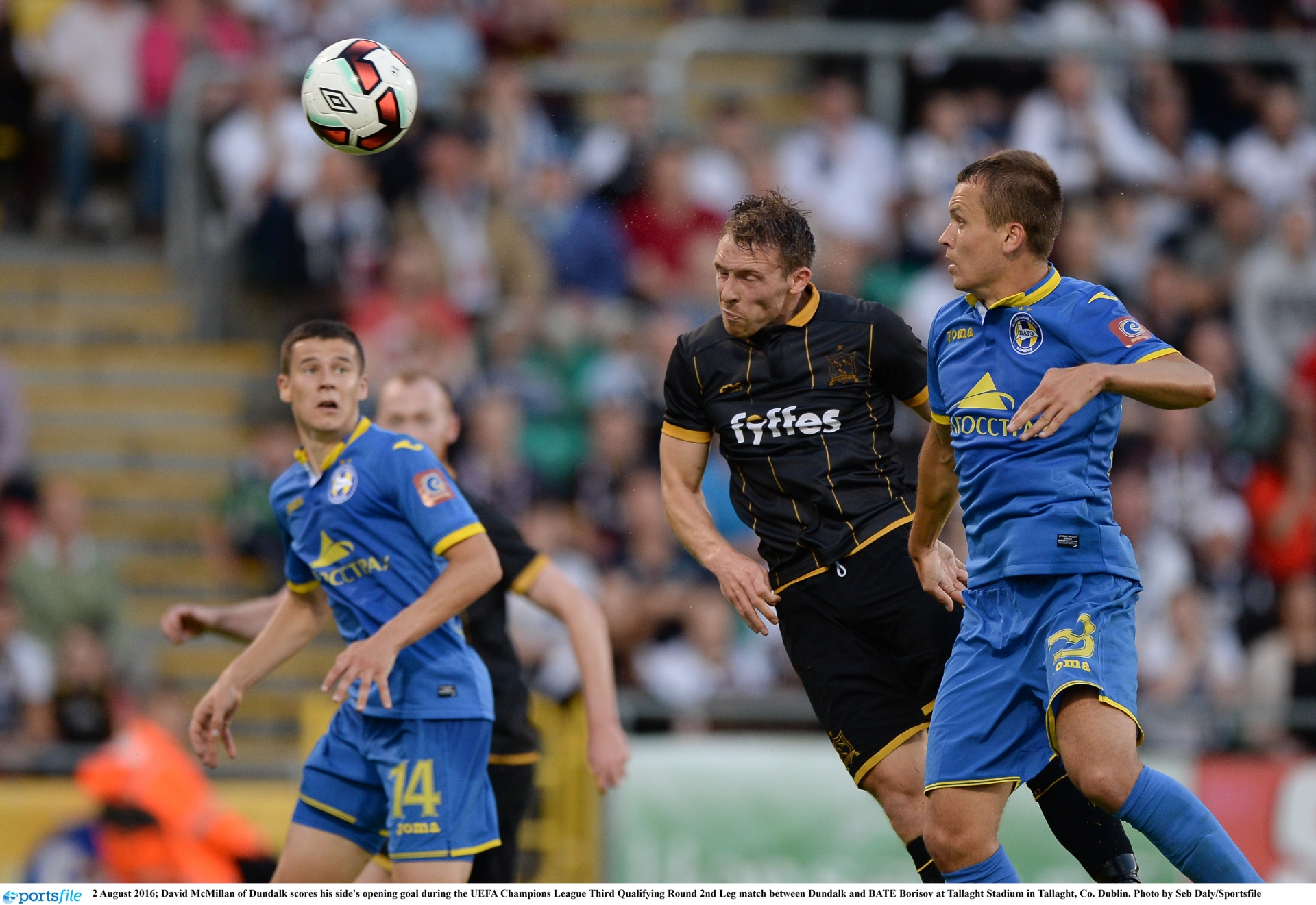 “Originally I’d been aiming for April 2 to get the book out, the 100th anniversary of Dundalk GNR in the Leinster Junior Cup final. My plan was to have it ready for that and then to have it promoted at the closest home match to that date.

“That went by the wayside, which meant I wasn’t under as much pressure. I work a lot of night shifts so when my son was at school and wife at work, I would get to it in the mornings and on my night shifts, during my breaks, I’d proofread what I’d done during the day. That’s what I did for the last six months.”

The former St. Mary’s College student travels to Dundalk matches as often as he can and was in attendance for the opening SSE Airtricity League Premier Division encounter of the season, the 1-0 victory over Derry City at Oriel Park.

He hasn’t missed any of the five recent-year league title presentations and has watched the FAI Cup final wins of 2015 and three years later at the Aviva Stadium. However, the 2002 victory over Bohemians remains top of the tree.

His loyalty to the club is strong and the memories of the last decade vivid. His book will hopefully keep the great times alive for when triumphs aren’t as frequent.

“The Cup final in 2002 was amazing and I would have got to many games during the Division One years, which were depressing. I looked forward to them playing in Cobh, even though it was through the reign of Trevor Anderson et al.

“I get to as many matches as I can, even though I missed the BATE game, which pissed me off, if I’m honest. But the one I really regret missing is the promotion night in 2008 in Kildare.

“Because things were so bad, there is a part of me that says, ‘this doesn’t last forever and you have to make the most of it while you can’. The day will come when Oriel is still falling to bits, the crowds will have gone and this is all a memory.

“The longer it goes on, it’s wonderful and drink it up while you can.”

A paperback copy of Daniel’s book can be purchased from Amazon at a cost of £16.99, while the kindle version is available for £7.99.