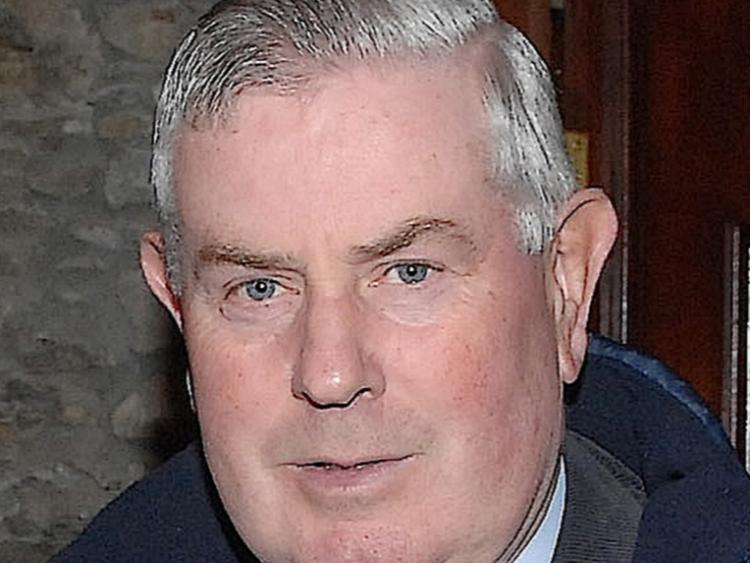 'I was chairman of the County Board from 2005 until 2009 when most of the work on the Darver Centre was done, so I am familiar with the financial affairs regarding the same.'

I was chairman of the County Board from 2005 until 2009 when most of the work on the Darver Centre was done, so I am familiar with the financial affairs regarding the same. At this time sub-committees, like the Minor Board and supporters’ club, were elected as per by-laws at their annual general meetings.

I held the position of Central Council delegate from 2011, when major changes were made to official guide rules, with a knock-on effect to by-laws in Louth. Therefore, I feel compelled to reply to Seamus Kirk’s interview, part one, which, if not clarified, would bring the County Board into disrepute.

From a cost of the Darver Centre of less than €6 million, grants received from Croke Park, Leinster Council, National Lottery, clubs and a one million overdraft accounted for the bulk of the money.

By 2009, contributions from corporations, the business community, some very generous GAA people and Louth individuals accounted for approximately €950,000. Some fundraising ventures by the committee fell well short of the objectives and the large donations promised were ‘pie in the sky’.

When the Darver committee and the main officers of the County Board met Croke Park officials, for permission to commence the main building, a member of the committee assured a top official that four businessmen would donate a massive amount towards it.

The committee were given permission to spend €1.2 million to make the centre usable for teams, etc. In March 2009, the main officers were summoned to a meeting with all involved in the project. The €1.2 million approval was greatly surpassed, the €1 million overdraft spent and the builder owed a lot of money. Legal options were mentioned.

We were asked to arrange another €1 million loan from the bank. Work on the building then stopped. A meeting was arranged with Croke Park where the committee requested another grant. Croke Park was not impressed by previous assurance given and declined the request.

Later in the year, the latter proposal was made. The Board agreed to it and what the income would be used for. They wanted the money raised to go into the Darver committee account (which the County Board treasurer was not involved in).

We, the Board officers, did not agree. The lotto was started late in the year and accounted for €17,000 in the accounts. The large database mentioned by Seamus for potential members did not materialise.

At the 2009 Convention, where my five years’ service was up, I informed the meeting that Croke Park had agreed to give a further grant of €300,000, which they subsequently did with suggestions.

I had attended all Darver committee meetings from my election up until May 2006, but thereafter was never asked to another Darver meeting. It is my opinion that if the County Board had been allowed to play its part fully in this worthwhile project, which commenced in 2003 (Celtic Tiger times, for most of the way), the contributions from individuals and corporations would easily have reached the projected figure of €3 million and there would have been no need for the incoming Board in 2010 to levy the clubs.

The rulebook task force overhauled the official guide around 2011, which should have stopped elections to sub-committees. Elections/annual meetings remained in force for divisional boards only, which were still common in large and strong counties, and the Louth County Board bye-law eight stated clearly that the County Board shall appoint the Minor Board in accordance with official guide terms.

The President of the GAA stated at a meeting in 2012 that a decision of an elected sub-committee could be successfully challenged in an objection. The County Board committee passed a recommendation to formally appoint the then officers of the Minor Board to safeguard against objections.

The Minor Board did not attend any County Board meetings that year and declined an invitation to attend a management meeting in November to discuss the rule changes and to prepare for 2013. They then arranged a general meeting in the Dowdallshill clubrooms that December where County Board officers were vilified several times.

Minor Board reports, emails to clubs and the media, websites, etc, were hostile and inaccurate regarding the county committee’s position, which led to different people being appointed to the Minor Board.

When Ógsport was set-up in the late noughties, details of how to run it were ignored. Well run juvenile blitzes in Darver did not disguise the fact that less players were playing football and less local matches played at club venues. Go Games were run by coaches and not very successful with little accountability to the county committee.

Problems with juvenile football started much earlier. For example, in 2003, only an U12 competition was completed by Cumann Péil na nÓg. Unacceptable group teams were tolerated and walkovers were common in Minor Board fixtures. Thankfully, Peter Fitzpatrick is prepared to address this alarming decline.

In my time as chairman, they were very dedicated and hard-working, and good at fundraising, etc, even though the numbers involved were small. Whatever problems arose around 2013 should have been resolved and they are a great loss to Louth GAA.

Hopefully, when things resume again, the County Board will prioritise the formation of a large and strong supporters’ club to assist them in their county grounds plan and to support the county teams.

They were a pleasure to deal with and Gerry McGee and Brian Matthews deserve full support for their efforts. Frank McDermott and John Richardson, both deceased, did great work for the supporters’ club.