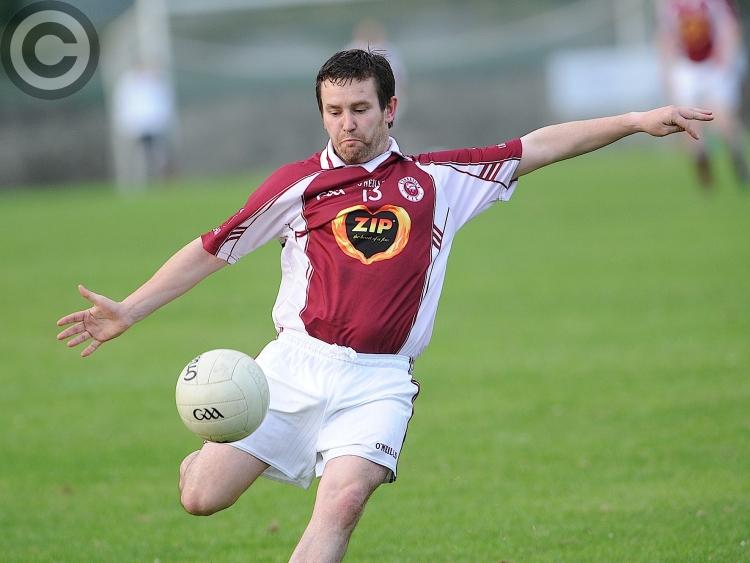 Jonathan Conlon played for O'Connell's over many years and has gone on to referee the Louth senior championship final. (Pic: Arthur Kinahan)

FIRST MEMORY OF YOUR CLUB
It would be waving a group of clubmen off from the green in 1984. They were cycling to Thurles for the GAA’s centenary year.

Football-wise, it would be the CBS’s Leinster final of 1985. I was at the game in Croke Park and four O’Connell’s boys were playing, Stefan White, Ian McGrory, Ian McClean and Gordon McDonnell. CBS scored 1-11 and O’Connell’s got 1-10 of it; Stefan hit 1-8 and Ian McClean got 0-2.

BIGGEST RIVALRY
Between ourselves! We used to have a street league with Lynn’s Larriers, Maine Mincers, Villa Kilsaran and Castlebellingham. I would have played for Castlebellingham and if memory serves me right, we still hold the trophy.

WE STOLE IT OFF xx IN xx
The Joe’s in 2004. It was our first senior championship match in maybe 60 or 70 years. We were six points down and came back to win by a point.

BEHIND THE SCENES HERO
There’s a lot of behind the scenes heroes who spring to mind, but I’d go with Martin ‘Bow’ O’Hanrahan. He was my first manager at U11, was a selector when I played with the senior team and is the club treasurer. But anyone who helps with the organisation of the lotto or the social dancing are heroes too. And Christy Kearney has been the groundsman since I can remember.

MOST MEMORABLE WIN
The 2012 intermediate final against the Clans. It was our first championship since the junior in ’88.

YOUR O’CONNELL’S IN THREE WORDS
Friendships For Life.

BEST MEMORY OF SUPPORTING LOUTH
The 1991 win over Kildare. We won the U14 championship beforehand in Drogheda, our St. Michael’s team beat a Blues team containing Ian Harte and John Flanagan, 5-5 to 4-4. And then Stefan did what he did against Kildare.