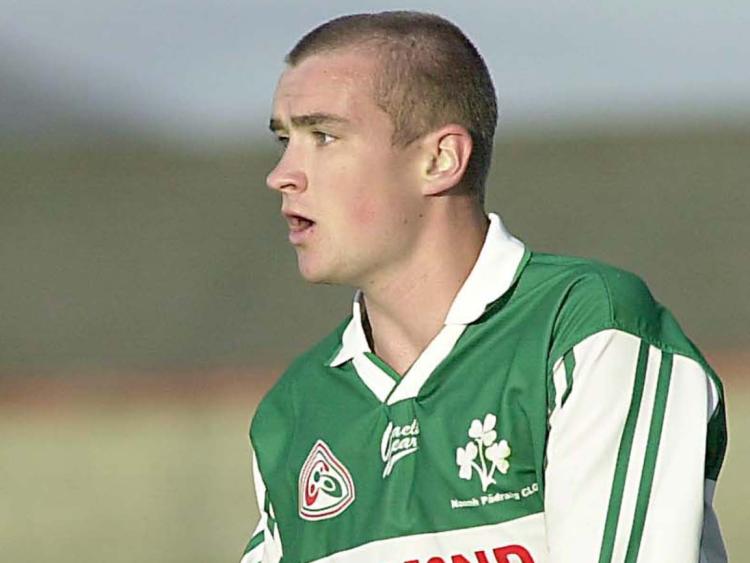 Paddy Keenan playing in his younger days for St. Patrick's - he would go on to win an All-Star on the back of his Louth performances. (Pic: Arthur Kinahan)

The Irish News has been running a series of late in which GAA personalities are asked to name their best XV from players they either managed or togged out alongside. Terry Hyland, who was one of Val Andrews’ assistants during the Dub’s time as Louth manager early in 2000s before guiding Cavan U21s to an All-Ireland final and the seniors to an All-Ireland quarter-final, was in the spotlight recently.

Presently in charge of Leitrim seniors, Hyland, not surprisingly, gave his All-Stars a huge Cavan influence, naming as many as 14 from Breffni county and club teams. The odd man out? None other than Louth’s Paddy Keenan.

In naming the former St. Patrick’s footballer in one of the midfield berths, Hyland wrote: “I was involved with Val Andrews for a couple of years and Paddy was a great young player coming on the scene at the time.

“He had a great attitude to the game and was a wonderful footballer and probably as good a midfielder as I ever saw or was involved with.

“I rate him very highly; sometimes players play for the so-called weaker counties and don’t get the exposure they would get in other counties. If Paddy Keenan had been born in Kerry he would have had a few All-Ireland medals in his back pocket.”

There’s not much more can be added to that.