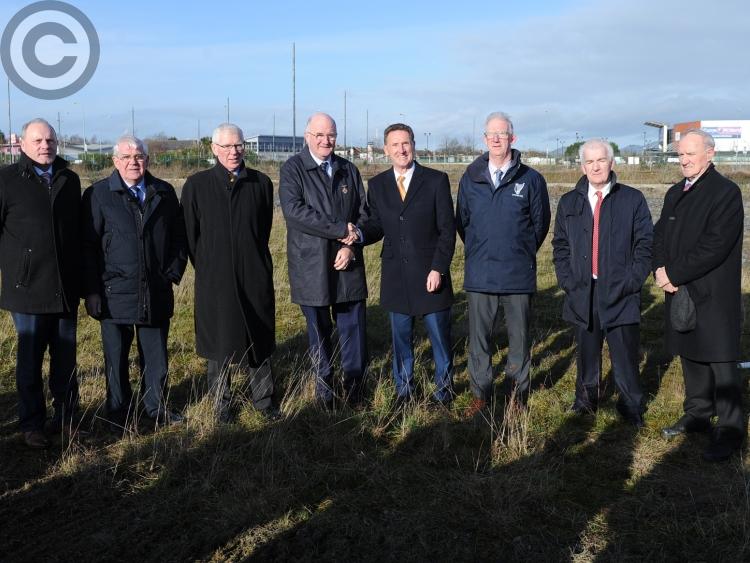 Nobody was found arguing against the GAA’s successful Special Congress motion on Friday to have a 16-man Croke Park committee take charge of the emergency restructure of this year’s championship.

It was implausible that there would be any publicly dissenting voices given the health pandemic that has brought about the dramatically unfolding situation. But there could well be plenty of arguing if the format the HQ chiefs draw up doesn’t meet with the approval of county stakeholders.

And, one imagines, Louth could be chiefly involved in a potential lashback. While the GAA have, it would seem, made all the right calls thus far, they’re staying cosy with everybody and are yet to make significant culls in the way, for one, the LGFA has.

The ladies’ game’s controlling body took swift action in declaring their National League null and void, adding that if any football was to be played this year, championship and club football would have to take priority. It was leadership and a decision taken with the masses, not just the elite, in mind.

Liam O’Neill, The Wee County Board’s chairman, was hugely critical of the prompt timing of the call and it’s emerged in recent days that Kerry LGFA have a similar gripe. But, ultimately, we’re now at a stage where it will be impossible to comfortably arrange National League and championship football alongside a vitally important club programme.

And, whether the attitude is outdated or not, the championships, provincial and All-Ireland, will simply always have to take priority. Had it been a situation where Louth weren’t contending so strongly at the top of Division Four, it’s unlikely the kick-up would have been as ferocious. Many mid-table and struggling counties, the number of which greatly outweighs those residing in a lofty standing, would arguably favour the LGFA’s opting.

The same logic applies to the men’s leagues which are yet to finish, be it in hurling or football. The lower hurling tiers have been completed, of course, and so their positioning is locked in for the 2021 season, but the upper divisions and all big ball leagues have still a course to run and for the GAA to suggest in a statement early last week that they’d like to get them completed is totally ludicrous and, quite frankly, irresponsible.

They ought to follow the LGFA’s lead, even if that means granting Meath a reprieve in Division One with a second tier replacement not available for confirmation. By their actions, they’re prolonging uncertainty beneficial to absolutely no party.

Any continuation of the National Football League would be against the wishes of the Louth County Board surely, and particularly those of chairman Peter Fitzpatrick, who told this paper last month: “Mathematically Louth aren’t relegated and I’m fed up of the GAA using us - you saw what was done in 2010. One thing I can guarantee as chairman of the County Board is that the interests of Louth will be looked after”.

Those interests would involve staying in Division Three, which is practically unattainable if the leagues are completed. There has been a suggestion that only games integral to the promotion and demotion format would have to go ahead and in such a scenario Louth would have to see out both fixtures, against Cork and Down, the latter needing to win both of their final round outings in order to secure a place in Division Two.

Selfishness will sway the situation, ultimately. All of those fighting the drop would likely be in favour of declaring the winter/spring competition off indefinitely and having another go at the same opponents next year. Teams resting in mid-table would presumably share the same view. Hence the majority, though this democracy, it now seems, has been traded. With the Hogan Stand men in suits now holding authoritarian power, the situation is unclear.

They say they would like club football to get its fair share of the remaining time slot, but it doesn’t make them any money, so between their greed and the GPA’s barking, it’s predictable that there’ll be as many games squeezed in as is humanly possible.
It’ll never be said, but will clearly be the case. If not, the leagues would have been thrown into the same skip as the LGFA’s and total focus reverted to a championship in some form, with an additional emphasis on garnering greater involvement via the club scene.

“We’re very conscious of the health and wellbeing of our members,” GAA President John Horan said on Friday in relation to the coronavirus danger. Maybe he should consider their health and wellbeing in terms of needing activity and a release when the lockdown’s grip is loosened.