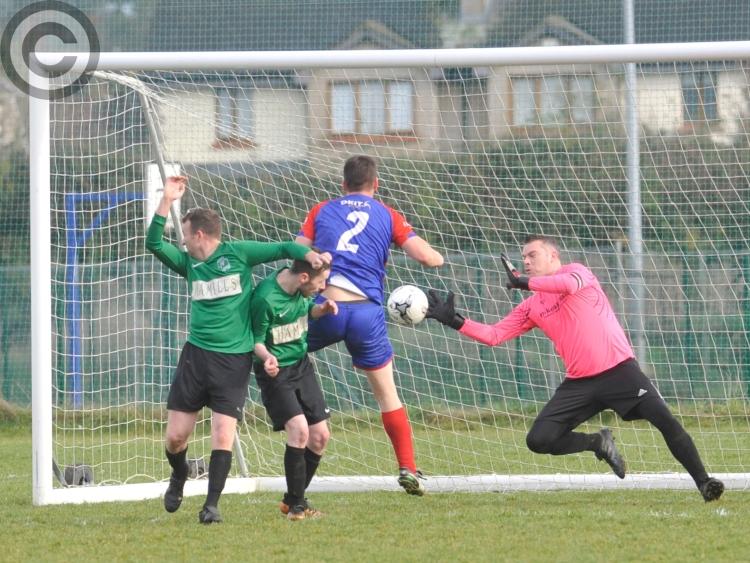 Gerry Gorman reckons the North East League’s calendar format will ensure there is a strong local soccer season once the Covid-19 threat clears.

The NEFL secretary, who was influential in the body’s reversion to a yearly programme from its previous autumn-to-spring basis, believes it’s possible to still have a double-rounded league structure, despite conceding a home or away arrangement may be easier on all concerned.

An FAI directive released on Friday extended its cessation period on all football activity under its jurisdiction to May 5, though with League of Ireland chiefs having announced a stoppage until the end of June, Gorman has earmarked mid-July for the domestic season’s start.

“For us, if it goes beyond the middle of June, it would be likely that we would have a similar-type of season as the one we had when changing from winter football to the calendar season; just the one round of fixtures, plus the various cups, with a view to winding up in late November, or mid-December at the very latest,” Gorman told The Democrat.

“Then you’d be back where you would have been had you had a full campaign.

“If the all-clear was given to start in early June, it would create a dilemma as to whether you just run with the one round, which might end too early, or pressurise clubs into going twice a week for about six weeks to two months to make up for the gap from being disrupted.

“It’s up in the air, but the major point I’d like to get across is that we’ve a few options that leagues in the mainstream season don’t.”

He added: “In a sense, we’re lucky that we’re calendar year because it gives us that little bit of breathing space. Take the Leinster Senior League, who would have been hoping to be winding up soon, as an example; they’ve a tough decision to make as to whether they keep going and if they do, when does the new campaign start.”

This year is due to be the NEFL’s second term of ‘calendar football’ following its successful debut in 2019. There was a bridging season at the end of 2018, containing just one round of matches in every division.

But, despite the logical upheaval in relation to the alteration, Gorman stands over the NEFL’s actions and feels the current situation endorses their radical overhaul.

“The numbers playing junior adult football have been dropping dramatically and you only have to look at the situation in Dublin where most of the leagues are decimated. The Leinster Senior League is holding up, but it’s holding up purely on the back of picking up teams from other leagues, who just see them as the only viable option at the moment.

“You take the AUL, probably the strongest junior league in the country for many, many years, it’s just about existing at the moment. Our numbers have been dropping, I wouldn’t say dramatically, but concerningly over the past few years and I think that trend would have continued had we not changed.

“I can think of two teams we’ve lost because of the changeover, but other than that the rest seem to have embraced it pretty well.”