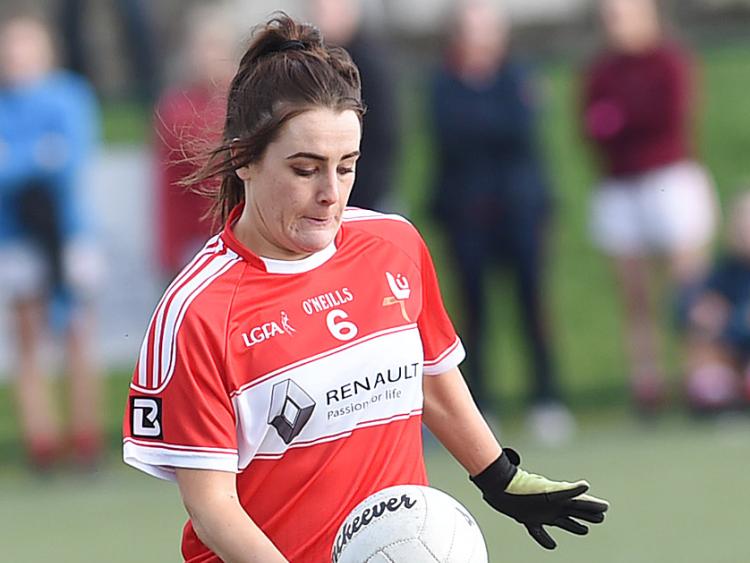 Deirbhile Osborne isn’t one for taking the easy way out and so the Togher native has remained in Australia while thousands of Irish have flocked home.

An All-Ireland junior medal winner with Louth last September, the Naomh Fionnbarra player travelled to Sydney before Christmas and planned to get up to all sorts prior to the coronavirus pandemic’s outbreak.

One of her travel companions, fellow Croke Park champion Dearbhla O’Connor, took the opportunity of returning to the Emerald Isle in the last two weeks and while her exodus made Osborne consider her next move, a phonecall helped set her straight, she quips.

“There was one day where panic did set-in when I saw everyone going home, but a call from Mammy settled that again,” Deirbhile told The Democrat.

The situation Down Under is strange with ‘stage three lockdown’ having been enforced, but there are certain loopholes and it means the half-back powerhouse remains at work.

“The beaches are closed, pubs, bars, clubs, gyms, etc, and in public you’ll be fined if there are more than two out together at a time,” she adds.

“In saying that, though, I work in a school for autism and the schools are still open. They’re contradicting themselves a little there, but that’s the situation at the moment.

“We thought the schools would have closed and the fact that it’s stage three lockdown, they might just hold off to the Easter holidays, another two weeks. They’re saying that they’d like the schools to stay open, but for parents to keep the kids at home.

“The shops are clearing out quickly and that, but there’s a big park near us where we go to get our exercise and it’s packed. I think we’re quite behind to be honest because they’ve only recently gone into lockdown and even at that, there wasn’t as much worry, panic or change in comparison to what we’re seeing from home.

“There was worry last week among the Irish because they were seeing what was happening at home and flights being closed down.

“People are losing their jobs and a few went home, which kind of set panic into everyone else. Obviously, money, you can’t pay rent if you’re not earning any money, which creates panic.

“But the Australians seem to be pretty chill about it and the Prime Minister reckons everything will be fine in a couple of weeks.”

A qualified autism tutor, she’s currently working as a teacher’s aid, while up until Covid-19 took a grip, Osborne was lining out for local club Clan na Gael, taking her place on their sevens’ team for a recent competition in Melbourne.

There was also a trip planned to watch former Wee County teammate Kate Flood in AFL action, but with the women’s championship’s postponement went that idea.

Deirbhile’s future in Oz is uncertain at the moment. There was a plan to go travelling to Thailand and Bali before starting work on a farm ahead of applying for a second year’s visa. Now, with treks abroad forbidden and ranch openings filling up, they’re working on a revised strategy.

She could play for Louth in the championship yet!